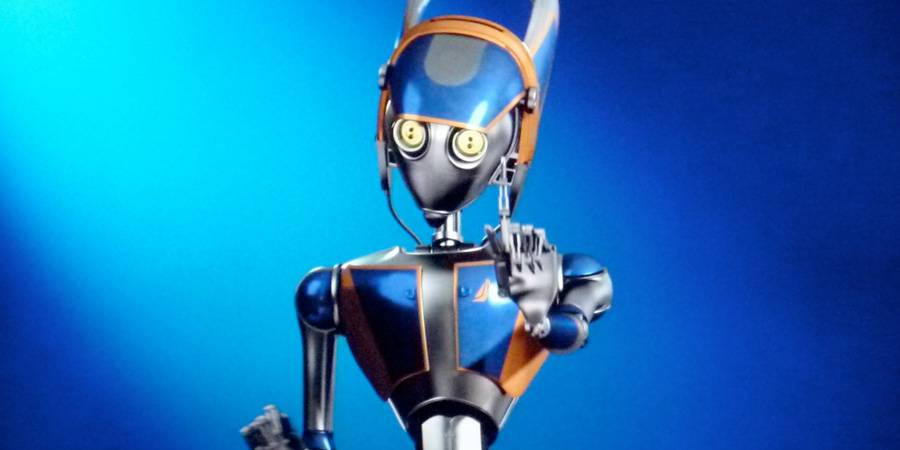 Aly San San is one of the new spokespersons for Star Tours.

We also created a new “spokesbot” for Star Tours, modeled after the WA-7 “Waitress Droid” from the Attack of the Clones. George Lucas suggested the name “Aly San San,” in reference to Allison Janney, the wonderful actress who provides the voice for this new character. We had a terrific time with Allison in the recording sessions for the show – she brought a lot of warmth and humor to the part.