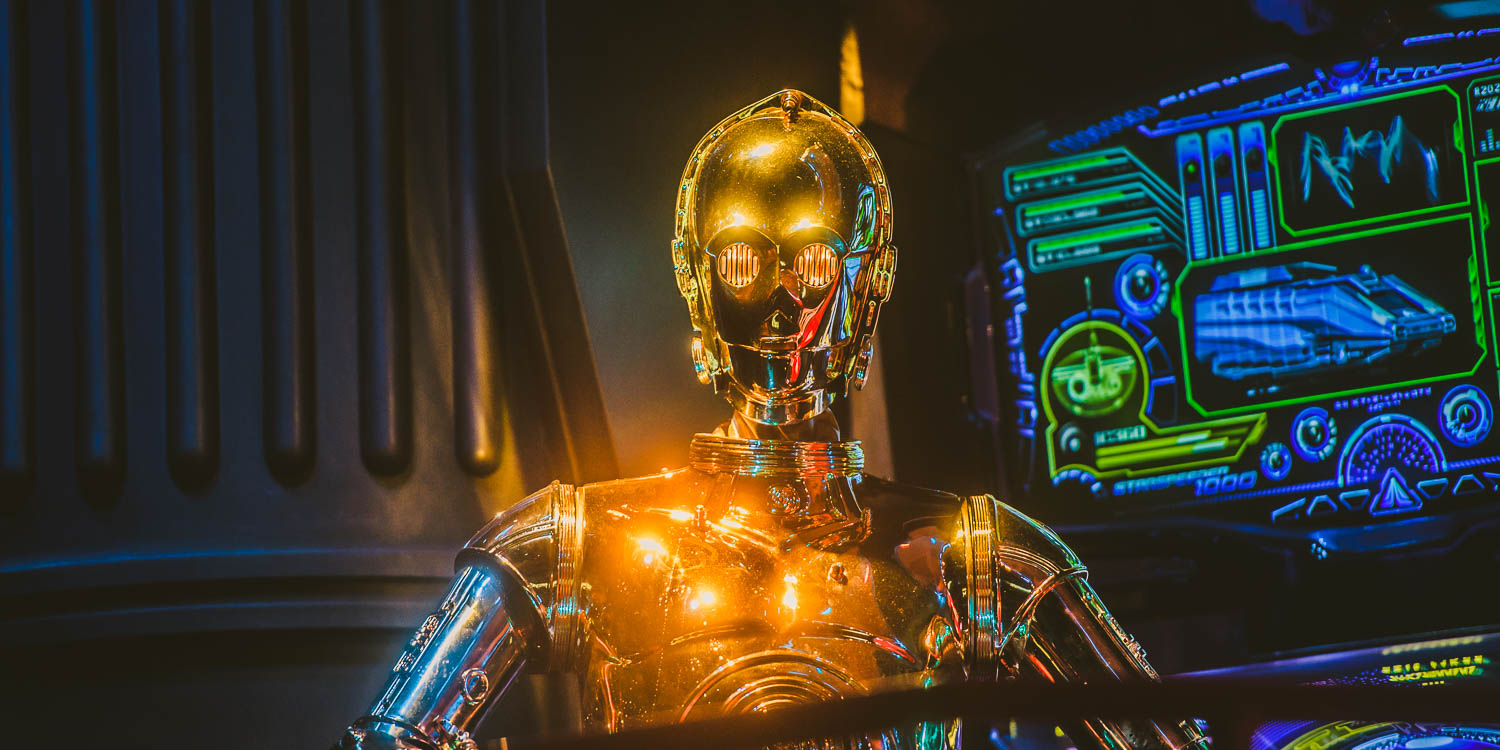 C-3PO, one of the most famous droids in the galaxy. When asked about his history, his data show he has been activated on the Cybot Galactica foundry world of Affa in 112 BBY; but for all intents and purposes, he was born on Tatooine around 32 BBY, built from scrap parts by a prodigal young boy named Anakin Skywalker, whom after the his fall to the Dark Side was known and feared throughout the Galaxy as Darth Vader.

Having his share of adventures on various planets and starships as Geonesis, Mustafar, The Death Star, Hoth and Endor he was one of the closest witnesses of what happened in the galaxy during the fall of the Republic, The dawn and downfall of the Empire, and the birth of the New Republic.

C-3PO now works at Star Tours, an intergalactic travel agency. His activities reach beyond being the company spokesdroid. In fact, he also is one of the repair teams on the Starspeeder 3000. as a tandem with R2-D2. However, with their constant bickering and talking, it is rather the least productive team of the company, but their legendary status certainly does draw in a great deal of tourism. 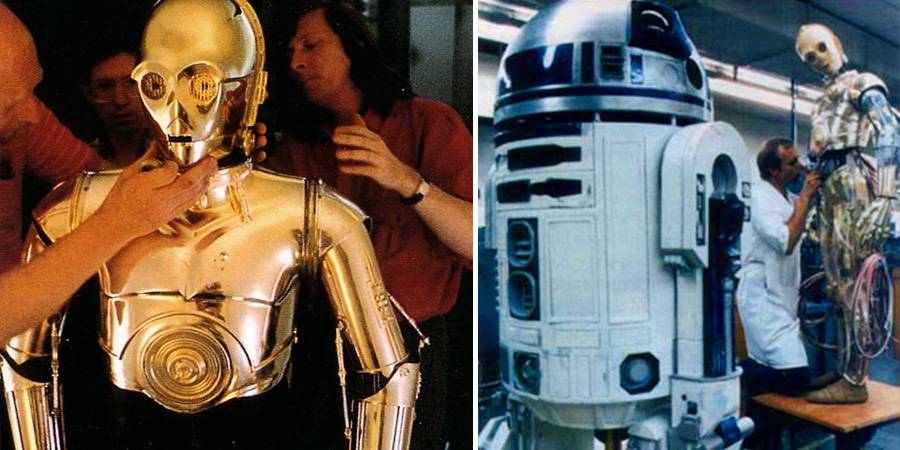 The golden droid was played and voiced by British actor Anthony Daniels in all 6 Star Wars movies. He continued his role for many of the spin-off’s, including Star Tours. His role even went as far as voicing various announcements in various languages and even providing the French voice of C-3PO in Paris