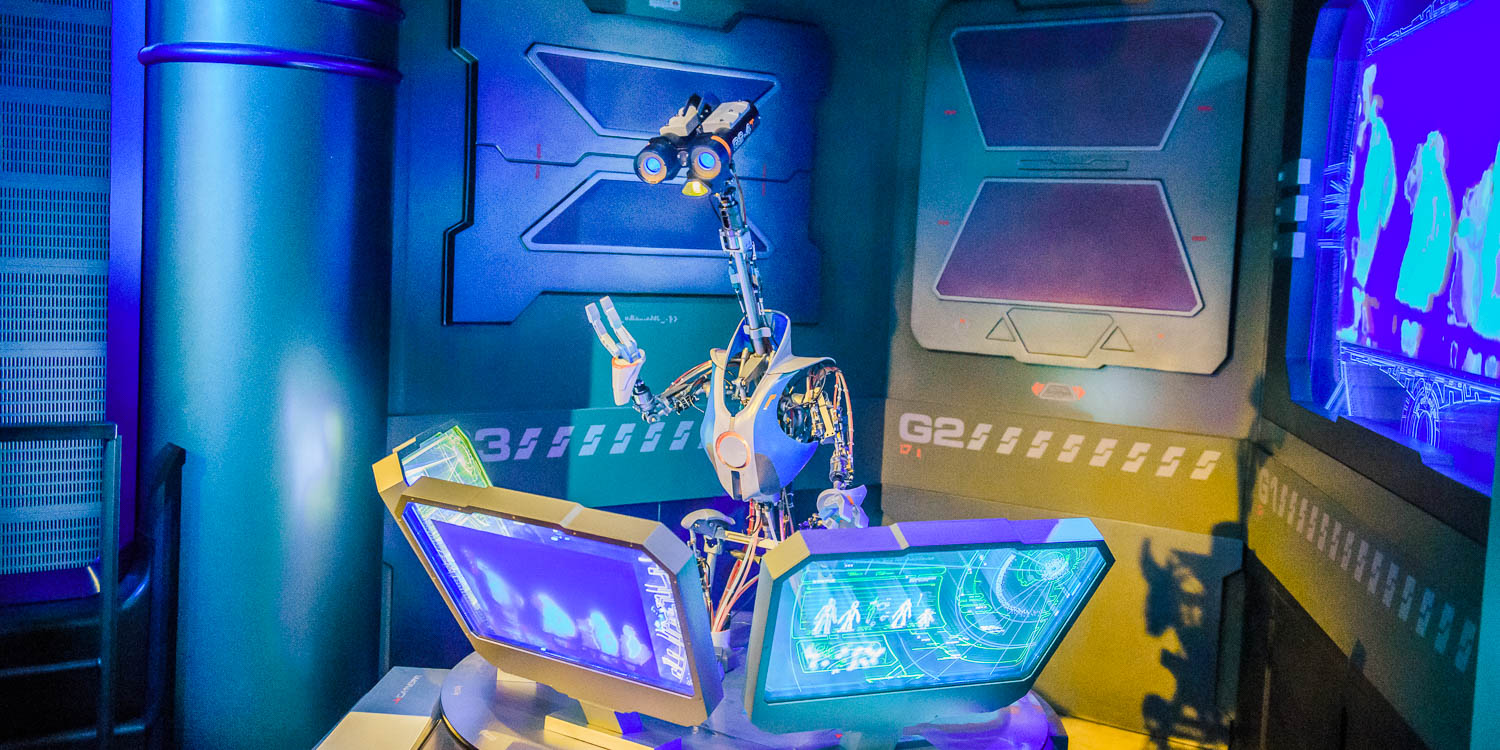 G2-4T is one of the worker droids at Star Tours. He thermally scans all passengers coming through.

For Star Tours: The Adventure Continue, the Geese droid where re-fitted with new panels, new wiring, and an updated look.

The new G2-4T is voiced by Patrick Warburton.