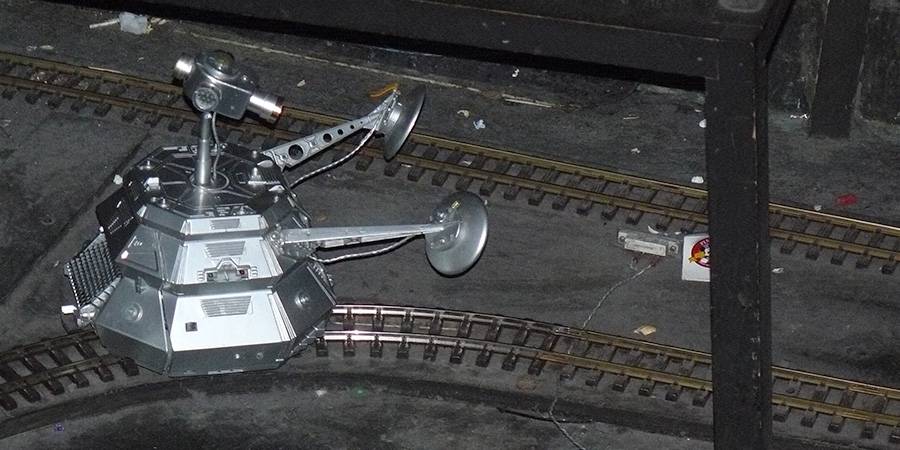 LGB is a small droid that runs on tracks, performing his work in Sector 2.

As miniature train collectors know, LGB is the standard acronym for Lehmann Gross Bahn, the model railroading system. This little droid uses this system to transport, and its official name is still a speculation among fans.