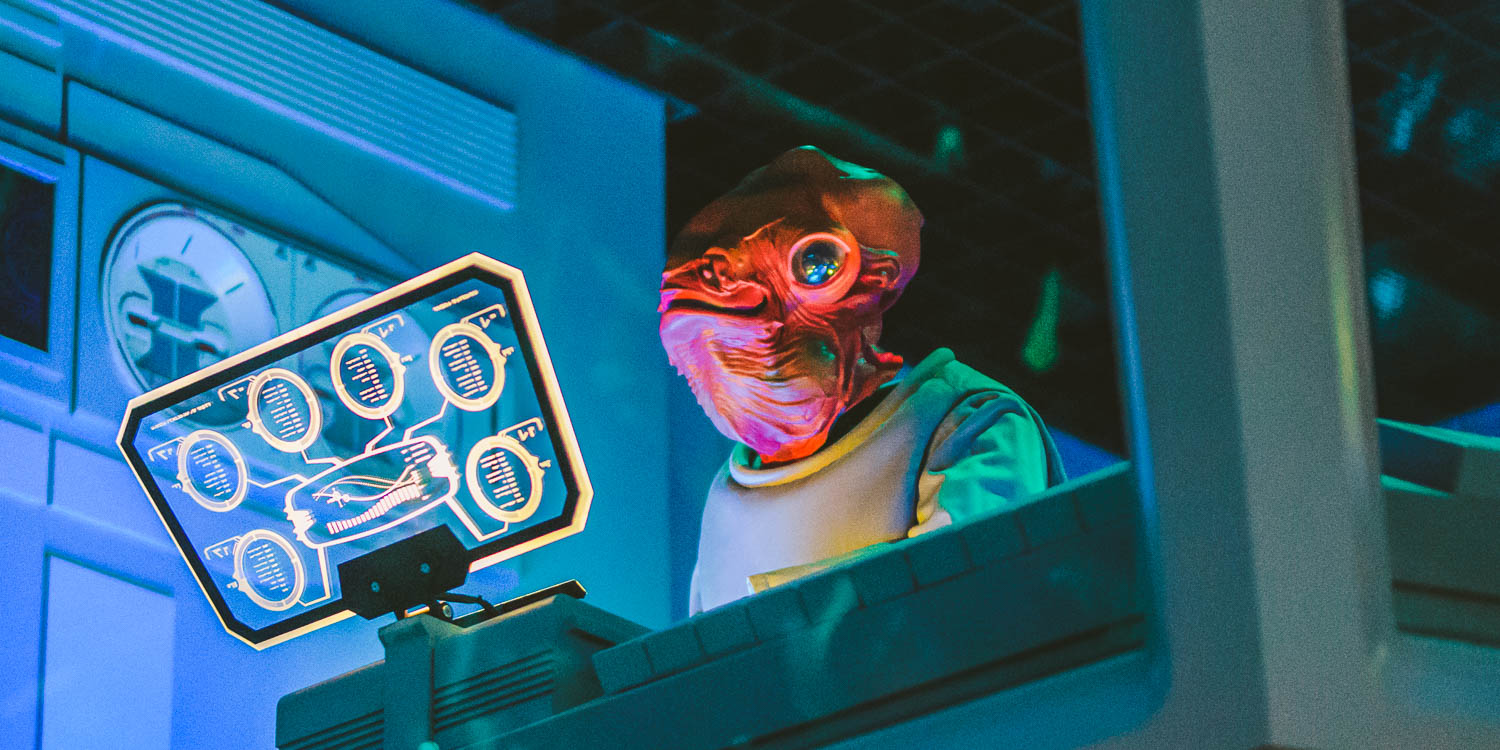 At least three members of the Mon Calamari race are employed at Star Tours. Two can be seen in a control room overhead in the repair bay where Artoo and Threepio try to repair a Starspeeder 3000. A third can be seen manning a Security station at the Anaheim Spaceport only.

In addition, two Mon Cals can be seen on the pre-boarding safety video, which was apparently filmed aboard Flight 11-19 (the local shuttle service to Endor) if the number of Ewoks and Teeks onboard is any indication.

When asked if the numbers 11-19 held any special significance for them, one of the two Mon Cals replied, “It’s an older code, but it checks out.” The second consulted a handheld datapad, marked RL 474 PLU, and when he saw what the code 11-19 meant, he gasped “It’s a trap!”

This entry is from the Imagination of Alex Newborn. Code 11-19 is a take-away order for Calamari.