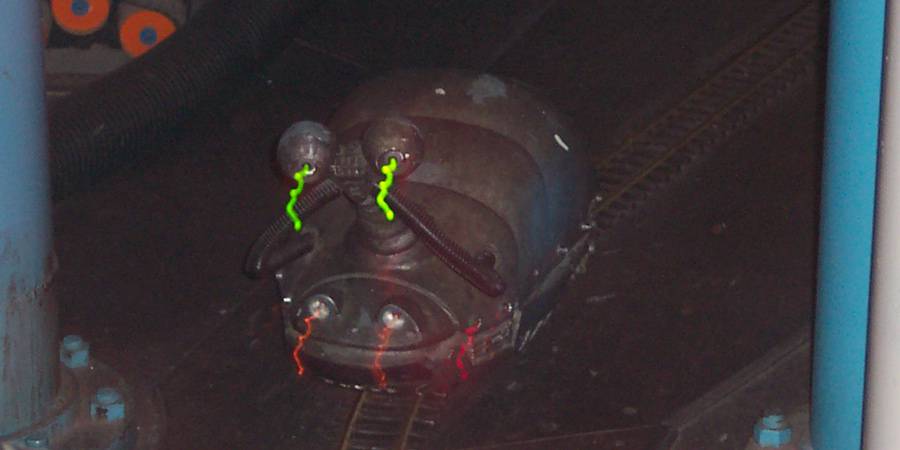 Developed by the rodent-like Chadra Fan species, the MSE-1T unit was a fairly popular model, mostly seen in spaceports and hangars. Following that success, Rebaxan Columni (the developers) tried their luck with the small droids on the general market. As they developed the MSE-6, they made a General purpose droid that wasn’t only better then the MSE-1T, it was also smaller, and what they called “cute.” Consumers, instead, found the droids as annoying as, well, mice. The company had a sizable economic blunder on its hands. They had produced billions of MSE-6s for an audience that found them repulsive.

To help ease the financial fallout, Rebaxan Columni sold their entire lot of MSE-6s at a cut rate to the Empire. The Navy, which was growing at a tremendous rate under Palpatine’s New Order, readily accepted the deal, and put the little droids to work aboard the ships of the fleet.

Mouse droids also serve as guides, leading troops through the long corridor mazes to their assigned posts. Since such duty requires them to have complete readouts of their assigned sections, they are rigged to melt down should they be captured by insurgents. This gives a mouse droid a strong self-preservation instinct, and they will flee if confronted with danger.

MSE-1T is the designation of one of the two Rat Droids in Sector 2.  These little guys (one of whom is affectionately called Frank) zip in and out of the piles of spare parts, flashing and squeaking contentedly to themselves.

They’re not exclusively found at Florida,  because at the Tokyo Spaceport there are also several Mouse Droids. (Or is that Mice Droids?)

“Two mice… live in the Droidnostics Center. It is said that their favorite food is rusty [droid?] parts. “

In a Tokyo Spaceport area called the Check Point, there is yet another Mouse Droid… allegedly.