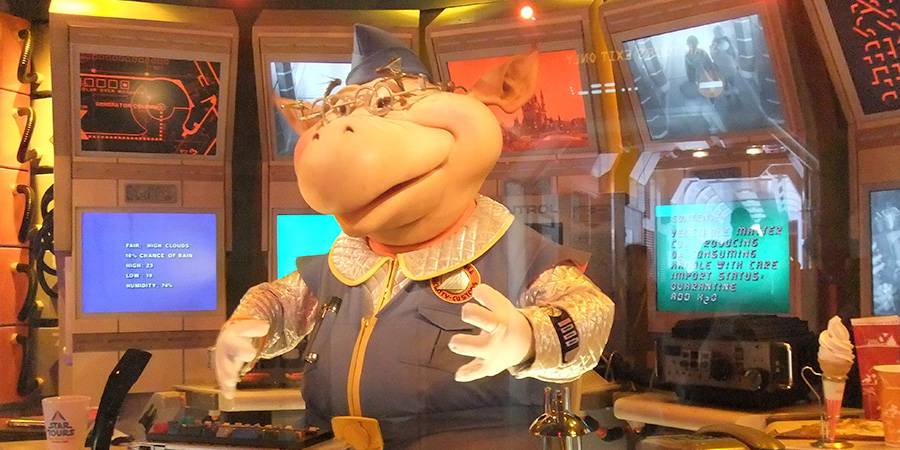 It is believed that Officer Zzzzyxxx originally hails from a region called Joo Nerzey on the planet Zork. Members of his race call themselves Zorkies. He is not the only example of this race to have found employment in an Earth theme park.

Another member of his race is the Astro Organist named Sonny Eclipse, who performs his Bossa-Supernova and Eclipso musical stylings in the Starlight Room of Cosmic Ray’s Starlight Cafe, the “First Earth Restaurant Franchise from Outer Space.” It is located in the Orlando, Florida version of Tomorrowland, in Walt Disney World.

Notice that Sonny’s skin is green in color, but Zzzzyxxx’s is not. Zorkie skin pigmentation comes in a variety of colors, including blue, pink, purple, green, and polka-dot. Despite their differing colorations, Officer Zzzzyxxx and Mr. Eclipse are believed to be fairly close relatives, possibly cousins.

Although when approached for confirmation as to whether they were related, Zzzzyxxx’s reply was in Japanese, and no translator droid could be located.

Some details for this entry are from the Imagination of Alex Newborn.
Header Image provided by the Star Wars Weblog.