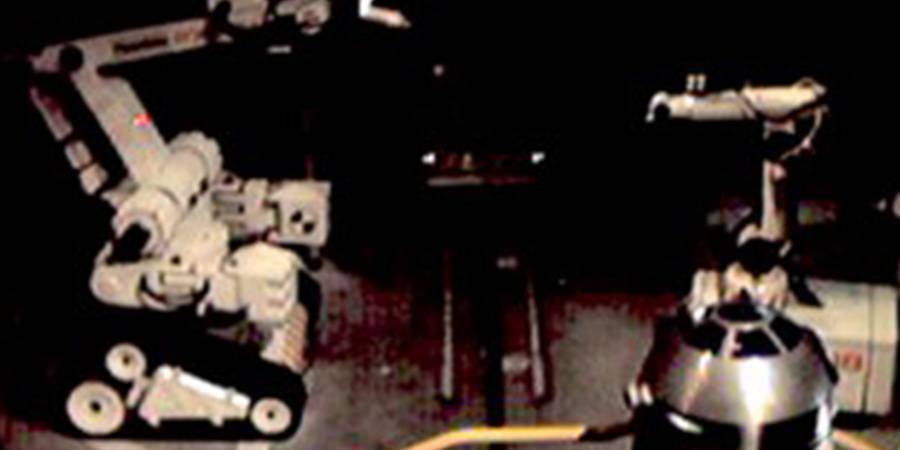 P-6 is one of a pair of droids (along with S-4) who work underneath an elevated StarSpeeder in the repair bay. They bear a certain resemblance to the all-purpose robotic ‘scudders’ from a vessel called the Crimson Dwarf or the Red Midget or something like that. Slightly larger than his companion, P6 possesses treads for locomotion. One of his more unique parts of equipment is disinfectant spray.

His major function is to control, and if needed disinfect baggage.

From the text of a Tokyo Star Tour poster, translated by Martin Thurn.