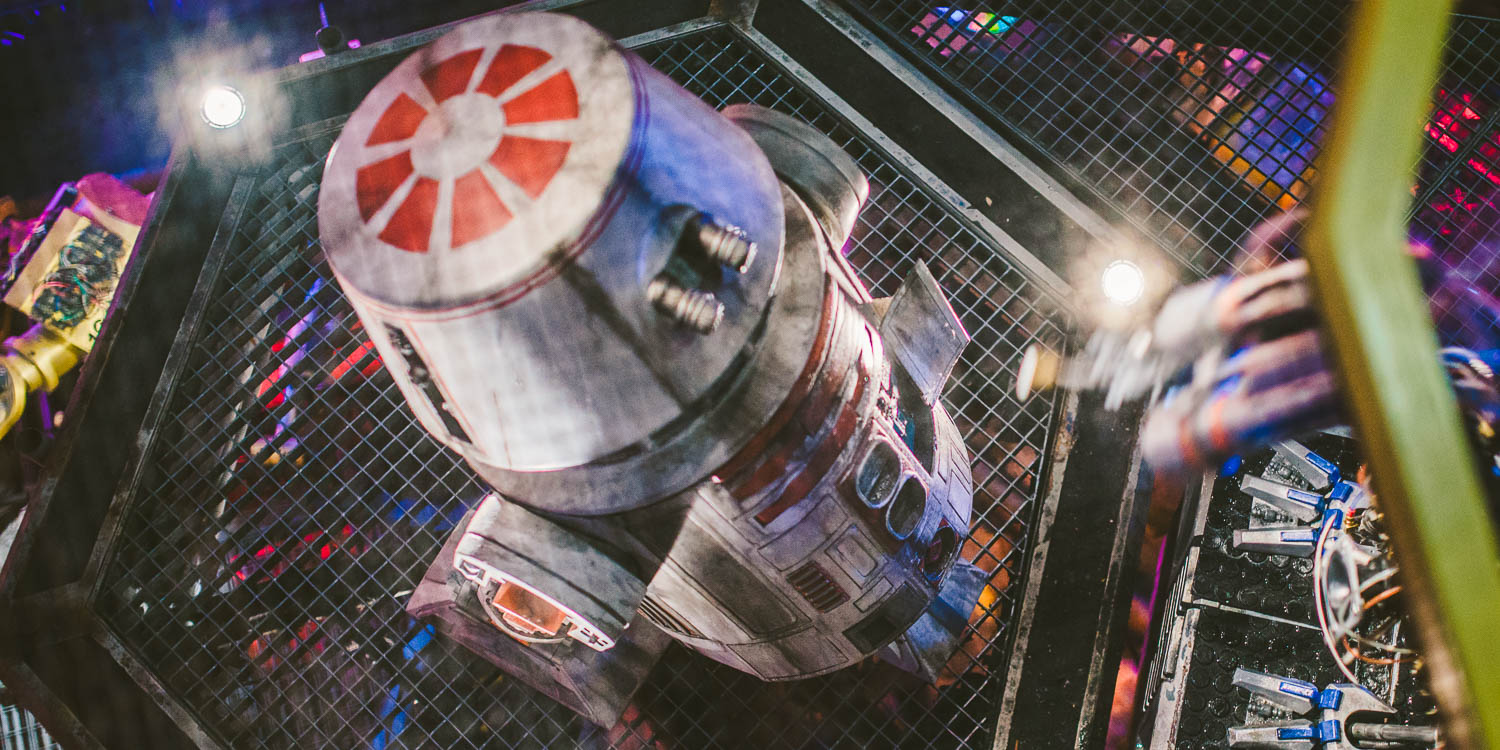 A masculine R5-series astromech droid,  R5-D2 was present on the planet Ukio during the Clone Wars, around the year 21 BBY.  Around 1 BBY, he served as part of Star Tours’ technical pool aboard Spaceport THX1138 until he burnt out during a routine flight and had to undergo repairs, including the replacement of his logic module. R5 is to undergo maintenance by G2-9T in Tomorrowland Starport, though because of the droid’s low productivity, it’s unknown how long it will take to fix R5-D2. As 4.3 ABY, he was still being repaired by G2-9T prior to the departure of Star Tours Flight 45 on an ill-fated flight to the Forest Moon of Endor.

While information on R5-D2 was provided in Complete Guide to Star Tours (dubbing him simply “R5”), he was without a proper designation until an action figure of the droid designating him R5-D2 was released in 2003 as part of the Disney Parks exclusive Star Wars: Star Tours toy line.