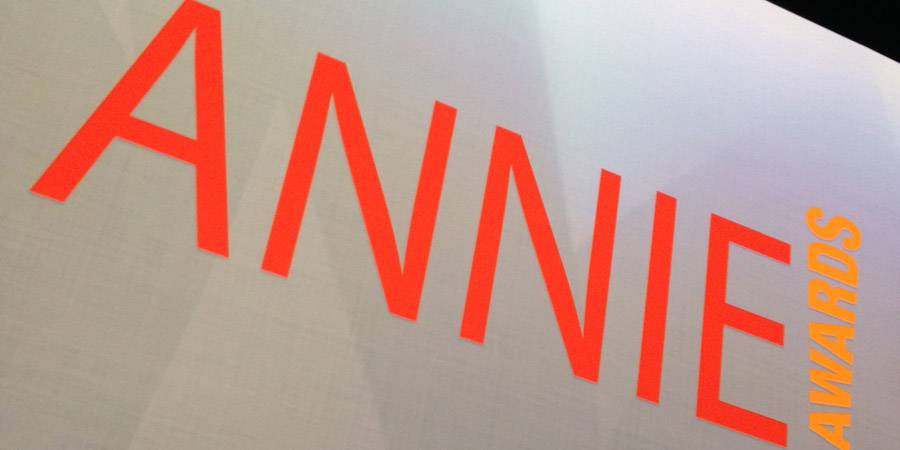 Every year during “awards season”, the Annie Awards are held in Los Angeles to honor the best and brightest of the Animation world. From student films to commercials, and short subjects to television and film, all of it is honored and celebrated.  Put together by ASIFA (International Animated Film Society), this year’s event took place on Saturday, February 1st at UCLA’s Royce Hall with actor Patrick Warburton as host.

The Walt Disney Co took home the most Annie’s this year with their latest feature Frozen grabbing top honors in the Best Animated Feature.  Frozen also won for Directing, Production Design, Voice Acting (Josh Gad as Olaf), and Music.  The short “Get a Horse!” also earned the Annie for Best Animated Short Subject.

While Pixar was shut out of this year’s Oscars, they earned a decent amount for both Monsters University and Toy Story of Terror!.

The newly acquired Industrial Light & Magic won for their work on Pacific Rim in Animated Effects in a Live Action Production.

Disney Legend Alice Davis accepted the June Foray Award for significant and benevolent or charitable impact on the art and industry of animation.

Steven Spielberg and Phil Tippett were honored with the Winsor McKay Award, recognizing their career contributions to the art of animation.

Be sure to check out the full list of winners and nominees of this year’s Annie Awards.  http://annieawards.org/nominees/

David Yeh
A long time fan of both Disney and Star Wars, he has a hard time resisting the temptations of Disney’s merchandising force. If you see pictures of the toys and pins, you can bet they are from Dave, our resident collecting guru.
Read more from David Yeh
Tags: Pixar, Patrick Warburton, Annie Award, Phil Tippett, Animation
Loading Comments...