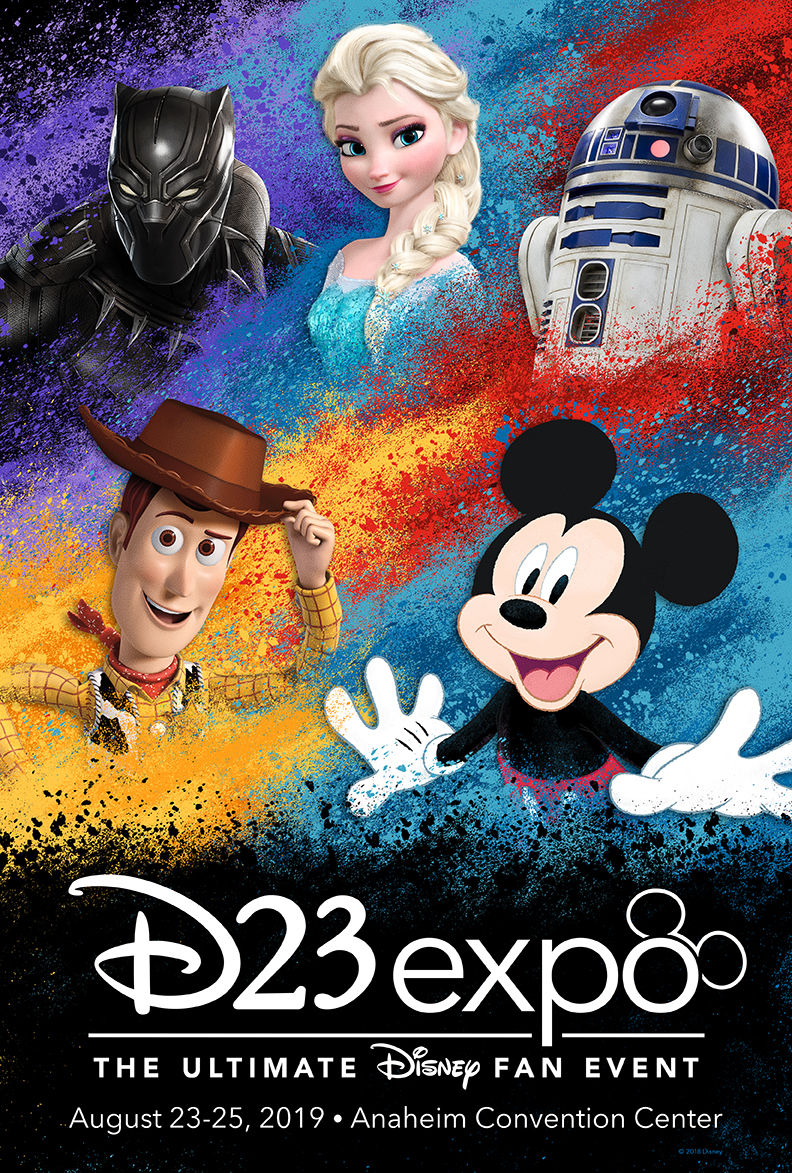 BURBANK, Calif. (July 17, 2019) – D23 Expo 2019 will be a must for fans of Disney Parks, Experiences and Products. An immersive pavilion will provide an insider’s look at new themed lands, attractions, shows, and more, in addition to a jam-packed schedule of entertaining presentations and a number of exclusive shopping opportunities for every Disney fan.

Showcasing an array of new experiences for guests around the world to enjoy for years to come, the Disney Parks “Imagining Tomorrow, Today” pavilion will give fans a unique look at the exciting developments underway at Disney parks around the world. Attendees will see a dedicated space showcasing the historic transformation of Epcot at Walt Disney World Resort. They will also see Tony Stark’s latest plans to recruit guests to join alongside the Avengers in fully immersive areas filled with action and adventure in Hong Kong, Paris, and California.

The fan-favorite Hall D23 presentation with Bob Chapek, chairman of Disney Parks, Experiences and Products, will take place Sunday, August 25, at 10:30 a.m. Guests will be treated to more details on much-anticipated attractions, experiences, and transformative storytelling that set Disney apart.

There are many other exciting offerings to discover, including several special panel presentations:

The Music and Sounds of Star Wars: Galaxy’s Edge
Friday, August 23, 12:30 p.m., D23 Expo Arena
Sound design is an instrumental layer of storytelling found throughout every Disney park, resort, and cruise ship. Join Imagineering Music Studio lead Matt Walker in discussing the creative process behind the original music and sound design heard throughout Star Wars: Galaxy’s Edge. Join Imagineers and collaborators who will share how they developed all-new iconic soundscapes while taking inspiration from the rich legacy of Star Wars music and sound design, from the land’s epic John Williams-composed musical score to the sounds of low-flying starships.

Haunted Mansion: Celebrating 50 Years
Saturday, August 24, 12:30 p.m., D23 Expo Arena
Celebrate Disney’s famed home of 999 happy haunts. The attraction’s rich history has generated global fandom from both the living and the unliving. Our ghost host has assembled a procession of bodies you will be dying to meet!

Travels with Marty: A Conversation with the Sklars and Imagineers
Saturday, August 24, 6 p.m., Walt Disney Archives Stage
Celebrate the legacy of Disney Legend Marty Sklar as his colleagues, mentees, and family recount the journey of publishing his last book and discuss his lasting impact on The Walt Disney Company.

Behind the Art of Disney Costuming: Heroes, Villains, and Spaces Between
Sunday, August 25, 10 a.m., Stage 28
Celebrate the imagination, passion, and attention to detail in creating Disney costumes. Go behind the scenes with the team that crafted the dazzling new Walt Disney Archives exhibit on the D23 Expo show floor and its accompanying coffee table book.

Inspiring Women Behind Star Wars: Galaxy’s Edge
Sunday, August 25, 2 p.m., Stage 28
Meet some of the talented women from across Disney Parks, Experiences and Products responsible for bringing Star Wars: Galaxy’s Edge to life. Hear stories about their roles and experiences in developing everything from the original backstories of the land and its inhabitants, to the themed merchandise, galactic fare, and the interactive elements found throughout Black Spire Outpost.

Magic Journey: My Fantastical Walt Disney Imagineering Career with Kevin Rafferty
Sunday, August 25, 4 p.m., Walt Disney Archives Stage
Join veteran Imagineer Kevin Rafferty as he reminisces about a career spanning 40-plus years, from a dishwasher at Disneyland to builder of immersive worlds. Kevin explains his path to Imagineering and talks about his new book.

Marc Davis in His Own Words – Imagineering the Disney Theme Park
Sunday, August 25, 6 p.m., Stage 28
Authors Pete Docter and Christopher Merritt reveal their magnificent two-volume tribute to the artwork and career of Disney Legend Marc Davis. Featuring artwork from Marc for the creation of the Haunted Mansion at Disneyland, the presentation will also highlight the 50th anniversary of the storied attraction.

When Walt Disney opened Disneyland in Anaheim, California, on July 17, 1955, he created a unique destination built around storytelling and immersive experiences, ushering in a new era of family entertainment. More than 60 years later, Disney has grown into one of the world’s leading providers of family travel and leisure experiences, with iconic businesses including six resort destinations with 12 theme parks and 52 resorts in the United States, Europe, and Asia with approximately 160,000 cast members; a top-rated cruise line with four ships and plans for three more to be completed in 2021, 2022, and 2023; a luxurious family beach resort in Hawai‘i; a popular vacation ownership program; and an award-winning guided family adventure business. Disney’s global consumer products operations include the world’s leading licensing business; the world’s largest children’s print publisher; the world’s largest games licensor across all platforms; more than 200 Disney store locations around the world; and the shopDisney e-commerce platform.

About D23 Expo 2019
D23 Expo—The Ultimate Disney Fan Event—brings together all the worlds of Disney under one roof for three packed days of presentations, pavilions, experiences, concerts, sneak peeks, shopping, and more. The event provides fans with unprecedented access to Disney films, television, games, theme parks, and celebrities. For the latest D23 Expo 2019 news, visit D23expo.com. Presentations, talent, and schedule subject to change. To join the D23 Expo conversation, be sure to follow DisneyD23 on Twitter, Facebook, Instagram, and YouTube, and use the hashtag #D23Expo.

About D23
The name “D23” pays homage to the exciting journey that began in 1923 when Walt Disney opened his first studio in Hollywood. D23 is the first official club for fans in Disney’s 90-plus-year history. It gives its members a greater connection to the entire world of Disney by placing them in the middle of the magic through its quarterly publication, Disney twenty-three; a rich website at D23.com with members-only content; member-exclusive discounts; and special events for D23 Members throughout the year.

October 20, 2006 Brian Curran
Paul Reubens (the voice of Captain Rex), best known to Star Tours fans around the world as Pee-wee Herman, will be appearing at the upcoming... 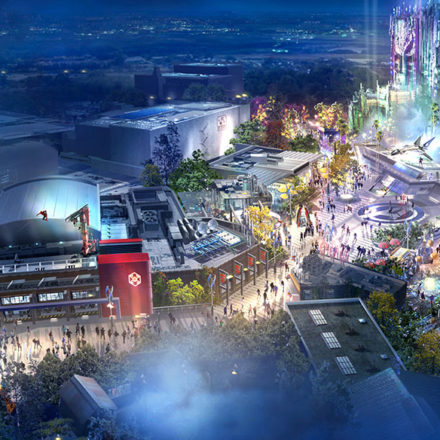 Marvel Cinematic Universe at the Disney Parks 2020 and Beyond

August 30, 2019 David Yeh
Star Wars isn’t the biggest franchise in town. Not anymore, thanks to the incredible success of the Marvel Cinematic Universe. This...