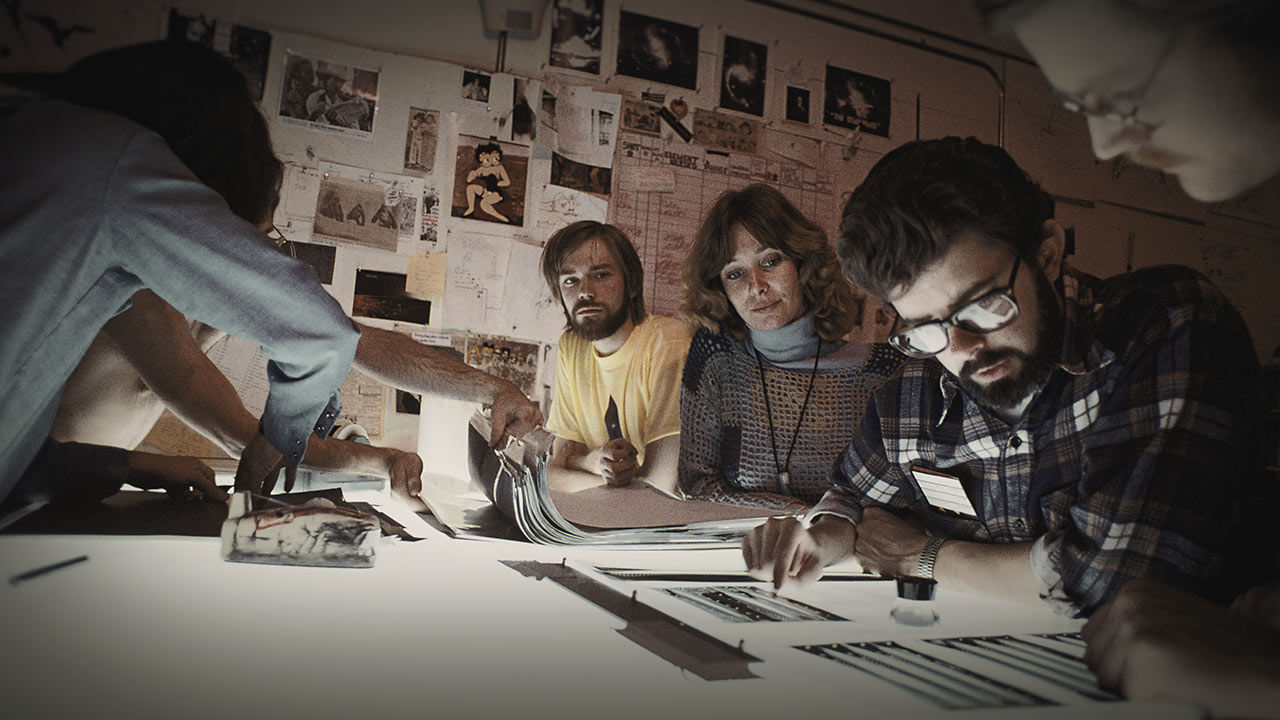 A new binge-worthy documentary series is coming to Disney+ on July 27th! Directed by Lawrence Kasdan, the writer behind your favorites such as The Empire Strikes Back and Raiders of the Lost Ark, the 6-part series does a deep dive into Industrial Light & Magic, the visual effects company started by George Lucas. A panel Friday morning of Celebration featured some titans in the visual effects industry including Dennis Muren, Phil Tippett, and Joe Johnston. Lawrence Kasdan appeared via Zoom. Director Ron Howard also appeared alongside Rose Duignan and Lynwen Brennan (Lucasfilm Vice President and general manager) of ILM with ABC’s Chris Connelly moderating.

One of the common talking points across the board was how generous George Lucas was with his time. Joe Johnston, who designed the Boba Fest costume before becoming a director in his own right described working at ILM like “attending a film school that doesn’t exist”. When Johnston would question a decision George Lucas made, Lucas would offer a detailed explanation why, and would do this time and time again.

We learned also how George Lucas liked to be vague when asking for something because he wanted options. Once he sees something in front of him, he would then choose one to explore further. Phil Tippett went a little further, saying that he preferred giving Lucas a sculpt of something rather than a drawing. “The sculpt is finished”, he said. Meaning that if he provided drawings, he would be asked to do more or take an element of one and mix it with another. A finished sculpt would get him further.

Joe Johnston explained that if he had a favorite concept, he would make it more detailed and more polished, and most often, George would end up choosing it too because of it.

When Lawrence Kasdan was asked what he hoped people would get out of the docu-series, he said that he hoped he could inspire people that you can do anything if you put your mind to it. He hopes that people not necessarily aspire to become visual effects people, but to tinker and explore, and to build. If he inspires one person with the series, it would be worth it.

Granted unparalleled access, Academy Award®-nominated filmmaker Lawrence Kasdan takes viewers on an adventure behind the curtains of Industrial Light & Magic, the special visual effects, animation and virtual production division of Lucasfilm. Learn what inspired some of the most legendary filmmakers in Hollywood history, and follow their stories from their earliest personal films to bringing George Lucas’ vision to life.

All episodes of “Light & Magic” premiere on July 27, exclusively on Disney+.