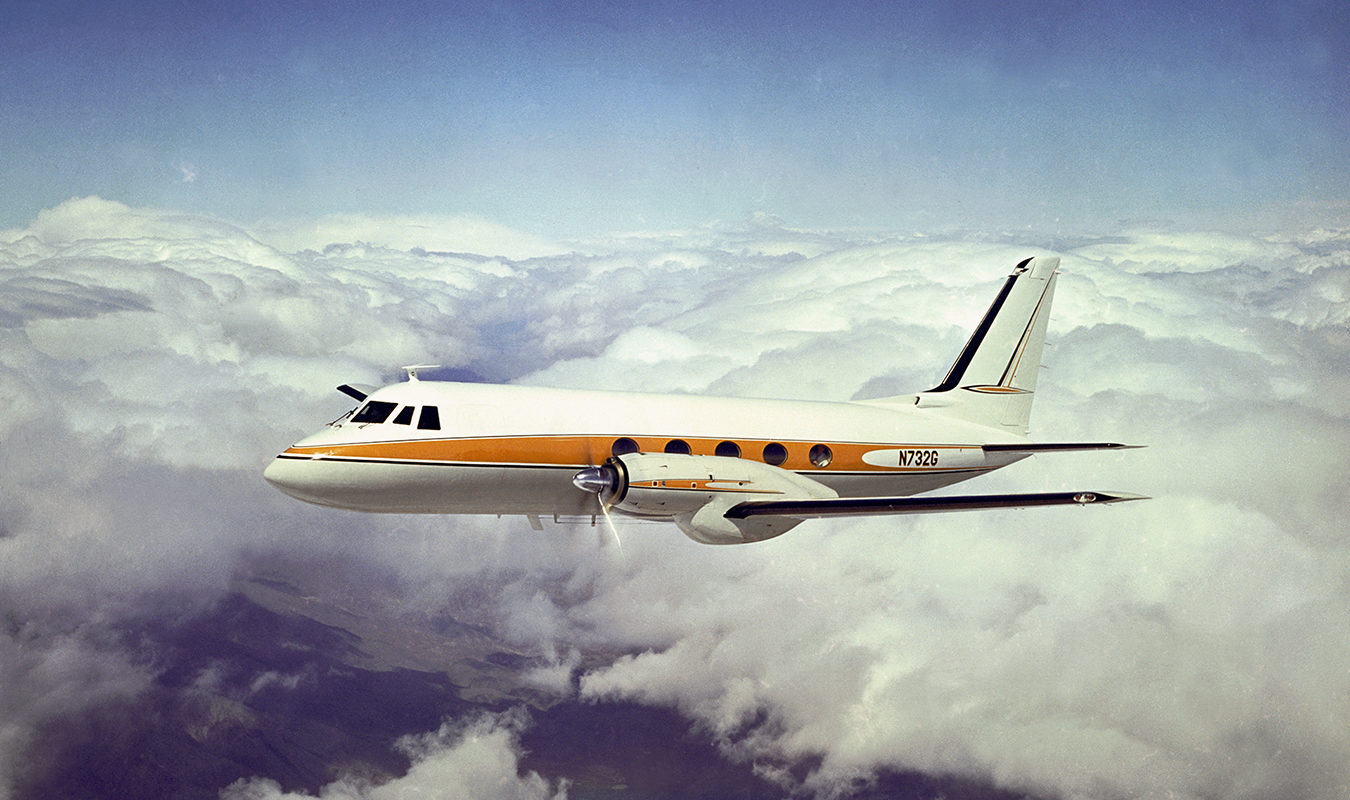 Walt Disney Archives had an impressive presence at the D23 Expo, and it wasn’t just the Disney100 Exhibition on the floor. Teaming up with Amazon, The Walt Disney Archives facilitated the display of Walt Disney’s Plane at the Anaheim Convention Center and while it’s easy for many to dismiss it as just another old plane, you can’t help but appreciate the history when you see it. The Grumman Gulfstream G-159 also known as “The Mouse” was made a part of Walt Disney Productions in 1964 and transported Walt and his staff to several destinations.

But if you missed out on seeing Walt’s plane at D23 Expo, you’re in luck! It will soon join the Palm Springs Air Museum on October 15th, and a new exhibit will be constructed and open on December 5, 2022… on Walt Disney’s birthday. The new exhibit will highlight the history of the plane and showcase its significance to The Walt Disney Company’s history. The plane being in Palm Springs also has huge significance as the plane transported Walt and his family to his vacation home of Smoke Tree Ranch, which was just a few miles away from where the plane will be displayed.

Walt acquired the iconic Gulfstream that would come to be known as “The Mouse” in 1963. The interior of the plane was initially designed with creative input from Walt and his wife, Lillian, seated up to 15 passengers and included a galley kitchen, two restrooms, two couches, a desk, and nods to the mouse who started it all, including matchbooks and stationery adorned with a silhouette of Mickey Mouse. Mickey’s initials were eventually included in the tail number of the plane, too, as N234MM, in 1967. Throughout its 28 years of service to The Walt Disney Company, the plane flew 20,000 hours and transported an estimated 83,000 passengers before it was grounded.

Cabin Chair & Window used aboard Walt Disney’s Gulfstream (1964-1992)
Always the consummate dreamer, Walt Disney laid the groundwork for decades of plans and projects that would end up spanning long past his own lifetime – many of which continue to reverberate throughout The Walt Disney Company, today. From this lone cabin chair and window, perched high above the Earth aboard his pride and joy company flagship, the Showman of the World gazed upon the opportunities he saw below, dreaming up what projects he was going to tackle next. From a bustling Flushing Meadows to the scrub-filled swamps of Central Florida, this “eye in the sky” was Walt Disney’s vantage onto a boundless realm of possibility.

Be sure to visit the Palm Springs Air Museum to see Walt’s Plane for your very self!

The Palm Springs Air Museum is a living history museum that contains over 75 vintage airframes from the Wright Brothers at Kitty Hawk, across spectrum of Military Aviation, World War II, the Korean War, the Vietnam War, the F-117 Stealth Fighter inside the new Jim Houston Pavilion, to significant civilian aircraft like Clay Lacey’s Lear 24.  Many of the aircraft are airworthy and flown regularly. The planes are housed inside 91,000 square feet of open hangars and on the tarmac at our ten-acre facility. Additional displays and memorabilia are located throughout the hangars. The Museum is open daily from 10 am until 5 PM. Kids 12 and under get in free with paid adult admission. Warbird rides are also available. For more info, visit PalmSpringsAirMuseum.org or call 760-778-6262 during business hours.