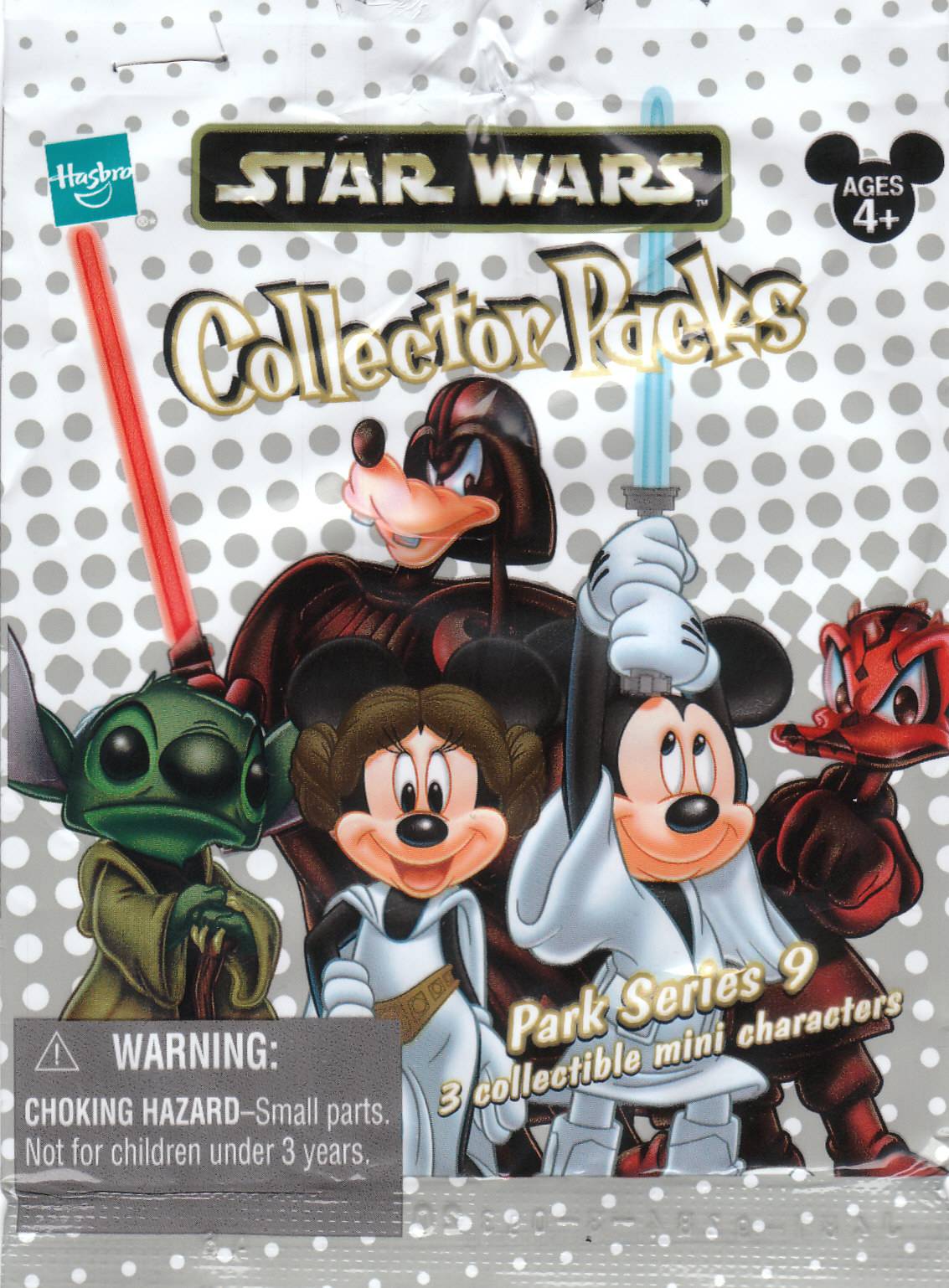 Watch store shelves at Disney Theme Parks  in the next few weeks for Series 9 Collector Packs. We have an exclusive peak at the package design.

There are 18 characters in this series that include:

Each pack comes randomly assorted with 3 characters and retails for $5.95 per pack.

You can find them in this packaging: