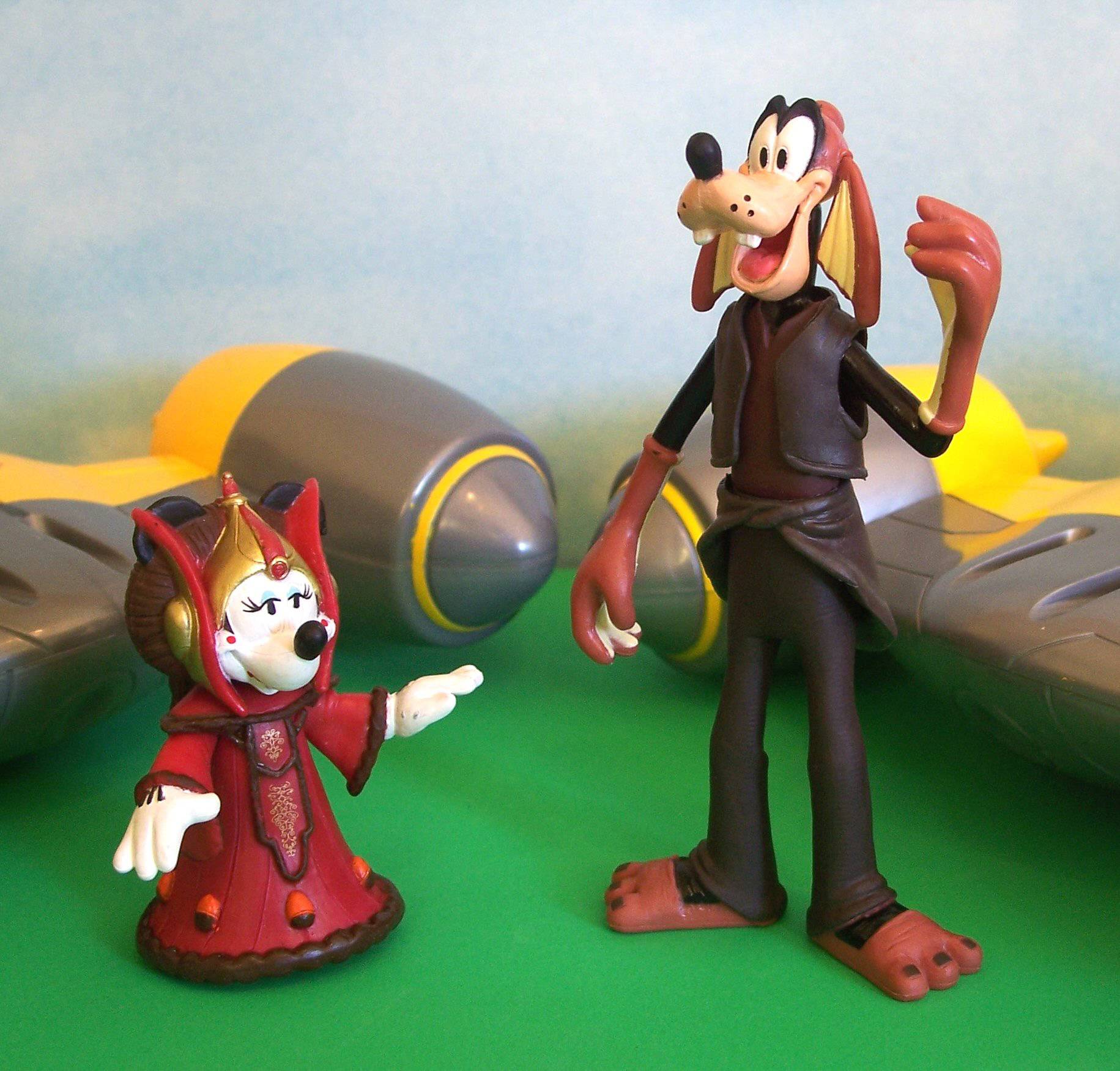 I’ve seen some folks pose their Disney Star Wars characters with Galactic Heroes toys for scale, and I whipped up these pictures for your enjoyment. 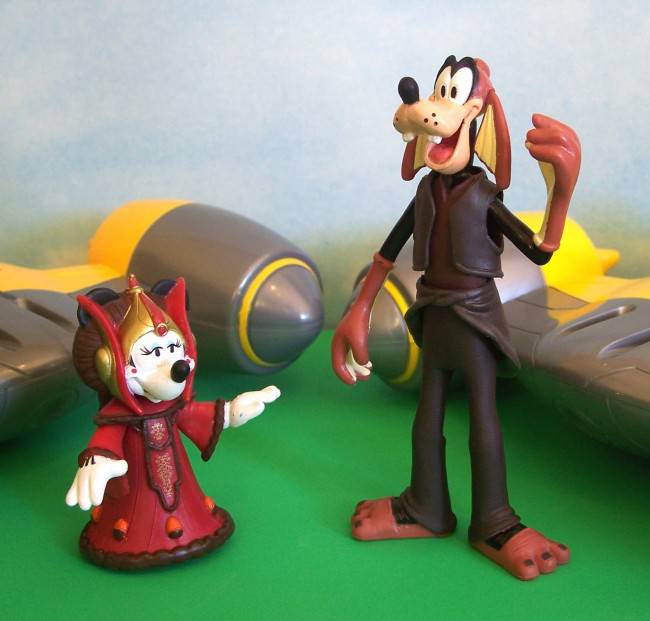 Alex Newborn
Alex is a lifelong fan of the Star Wars movies and everything Disney, so his obsession with Star Tours comes as no surprise. Born in 1970, Alex visited Walt Disney World for the first time in 1975, and saw the original Star Wars film in its first theatrical run in 1977. He returned to Disney in the 80’s and the 90’s… riding STAR TOURS (twice!) on one fateful day in 1991. He has yet to visit Disney in the new millennium, waiting for both his children to be the required 40″ tall to ride STAR TOURS. “What I’d really like to see is a Tour chartered for the planet New Bornalex,” says Alex with a smile. The planet, mentioned first in Cloak of Deception, is a Tuckerization of Alex’s name, an honor bestowed on him in print by author Jim Luceno. Alex is currently at work on a partial realisation of his childhood Disney-in-miniature wish– he is constructing a hyper-accurate 1:18 scale Star Tours diorama to showcase his collection of park-exclusive action figures. In the meantime, Alex is always on the lookout for more STAR TOURS video or audio files, and other STAR TOURS memoribilia. Alex also is our site’s researcher, and comes with never seen before goodies, for your entertainment. Give him a round of applause guys.
Read more from Alex Newborn