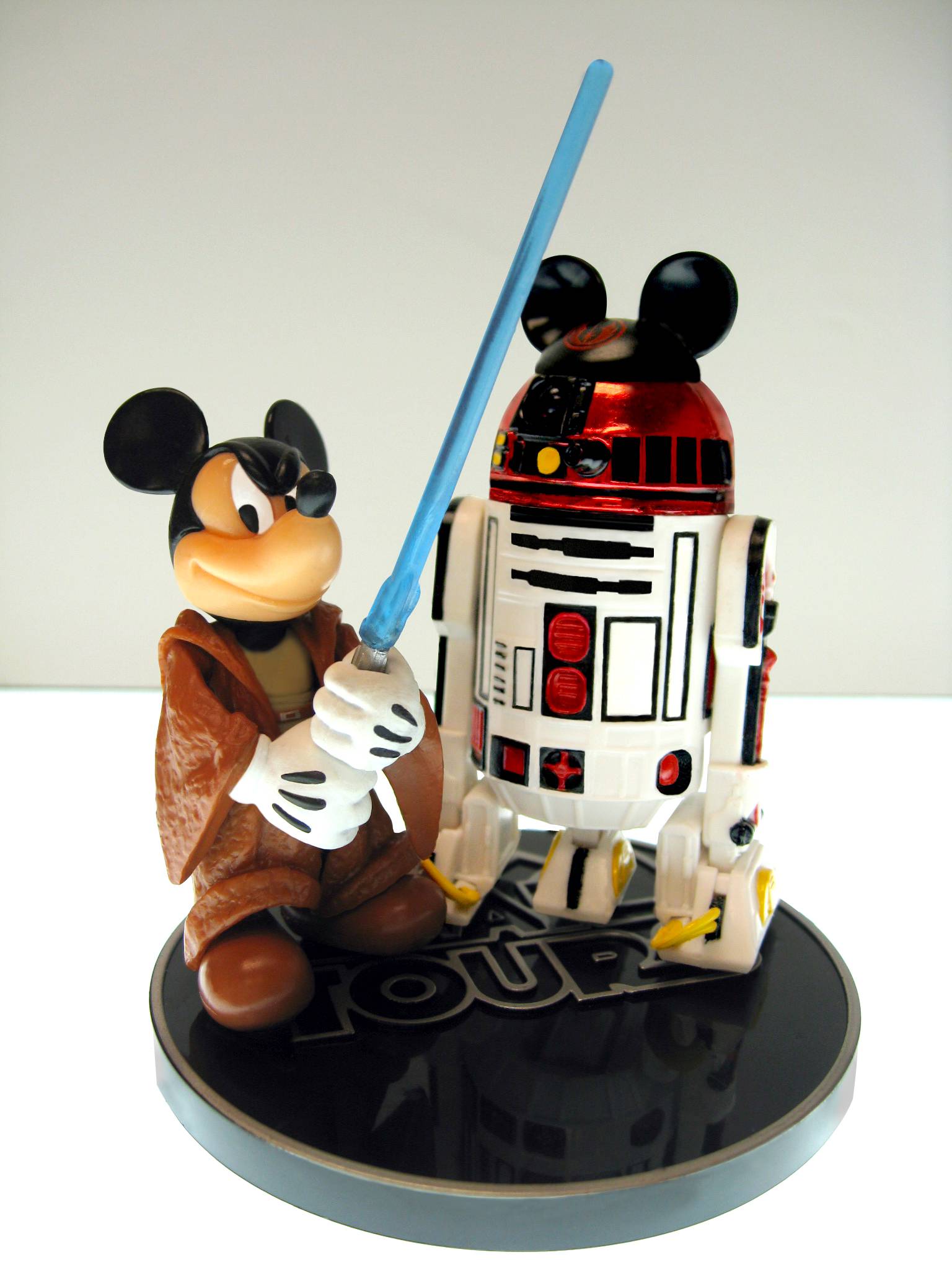 “The creative “Forces” at Disney and Lucasfilm are proud to announce an all-new character coming to the Disney Parks in April 2010. Every Jedi needs his own Astromech Droid, and Jedi Mickey is no exception. This spring we will be introducing Jedi Mickey’s own droid, R2-MK.

This new character is exclusive to the Disney Parks, and he will be available at both Walt Disney World in Florida and Disneyland Resort in California.  It will come packed as a Hasbro action figure 2-pack along with Jedi Mickey and will retail for $18.95.”

UPDATE:  “Yes; they are produced in 3 ¾” scale. The mouse ears are removable.”