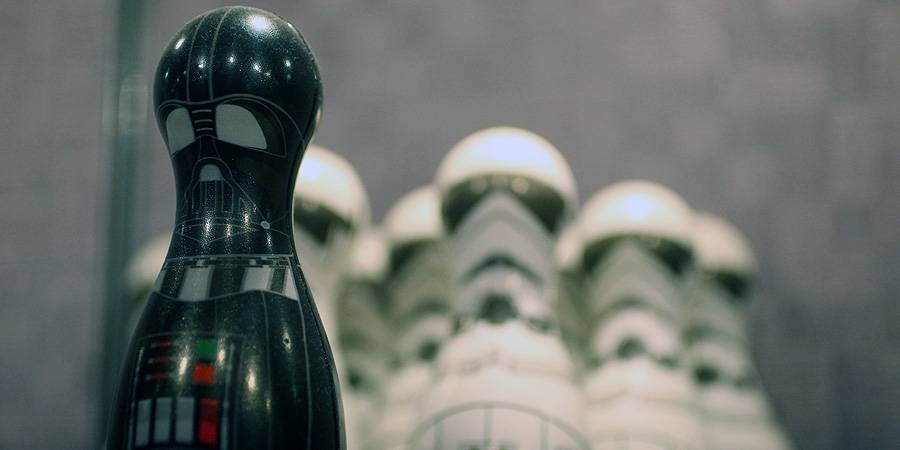 If Star Wars is forever then so is its merchandise.  At the Disney Theme Parks there are always new items you won’t find on the shelves of Wal-Mart or Target.  Here’s a look at some of the new items that caught our eye at the Star Trader found in jolly old Disneyland Park!

Mickey Mouse Ears have been quite customizable these days but for Star Wars fans, there’s nothing quite like an R2-D2 Mouse Ears hat.  But now, there are options!  The older hat has the pattern already on while the updated version has more added on flair.  Both still seem to be $16.95 so let the Force guide you.

The most famous bounty hunter, Boba Fett, now has his own hat!

Donald Duck is the original “angry bird”, but this Darth Maul hat takes it to a new level.

There’s always new T-Shirts to fill your Star Wars needs.  Some have been around, some I haven’t seen before.

Now you can be the Dark Lord of the Grill with this snazzy apron.  Or is it Darth Griller?  No?  Okay fine.

There are always various ways to drink your favorite galactic beverage and what better way than these featuring Yoda’s worst moment at a theme park?

Donald Duck plays his Darth Maul character pretty well and now he’s got his mug on one of these sithy mugs.

Southern California is pretty hot but when else can you have an Ewok on your back?

Bobble Heads apparently still sell.   Here’s a popular one for fans of Yoda and Stitch.

Disney Parks like to sell items that light up and spin around for some reason.  R2-D2’s treatment of this toy can already be found all over the parks but I don’t recall seeing Darth Maul.

Star Wars geeks and sports don’t usually mix, but now they officially do!  You can toss around your favorite astromech and lose a few pounds while you’re at it!

New and exclusive to Disney Parks is the Imperial Bowling Set.  Use the Force as you guide your Death Star or Thermal Detonator to knock down Darth Vader and his pin-headed Storm Troopers.
Getting a spare?  Impressive.  Getting a strike?  Most impressive.

Jumping over to the Tomorrowland Terrace, they’ve upgraded their menus to the future and along for the ride is an R2-D2 Parfait for $11.49.

That’s it for this update!  We’ll keep scouring the galaxy for more galactic goodies in the coming months.

David Yeh
A long time fan of both Disney and Star Wars, he has a hard time resisting the temptations of Disney’s merchandising force. If you see pictures of the toys and pins, you can bet they are from Dave, our resident collecting guru.
Read more from David Yeh
Tags: Star Wars Films
Loading Comments...