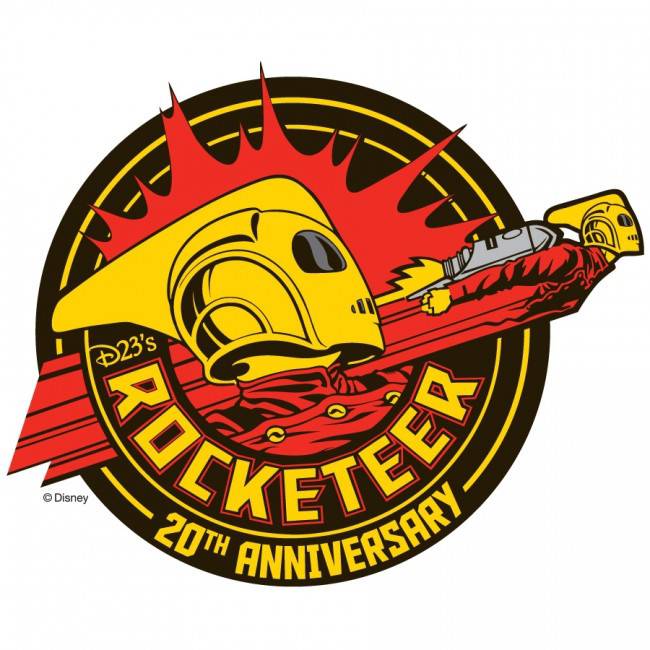 BURBANK, CA., April 28, 2011 – For Disney fans and movie buffs alike it’s time to grab the helmets and prepare to take flight once again! On June 21, 2011, come relive the action and fun of Disney’s 1991 adventure-fantasy The Rocketeer at the legendary El Capitan Theatre in Hollywood as D23: The Official Disney Fan Club celebrates the 20th anniversary of this Disney film favorite.

Film director and writer Kevin Smith will host a panel discussion and reunion of original cast and crew from the film. Fans will then delight in the viewing of this out-of-this-world adventure on the big screen. Following the movie, guests are invited to tour the Hollywood Museum — located in the nearby historic Max Factor building — and explore the museum’s four floors of exhibits as well as a special exhibition of props and costumes from The Rocketeer, curated exclusively for this event by the Walt Disney Archives.

On June 19, 1991, Hollywood ’s landmark art deco El Capitan Theatre, restored to its original grandeur, re-opened its gilded doors for the premiere of The Rocketeer, transporting audiences to a golden age of thrills, glamour and, of course, sleek jet packs.

The Rocketeer follows the adventures of stunt pilot Cliff Secord (Billy Campbell) who discovers a stolen rocket pack and sets off on a series of heroic (and sometimes hilarious) adventures that attract the attention of Howard Hughes, the FBI, gangsters, a band of Nazis and one aspiring actress, namely Cliff’s girlfriend Jenny (Oscar® winner Jennifer Connolly). Directed by Joe Johnston, the film also stars Terry O’ Quinn, Alan Arkin, Timothy Dalton and Paul Sorvino. Check out the trailer at http://d23.disney.go.com/expo/062111.EE.EVENT_Rocketeer.html

D23 Members may purchase tickets for this once-in-a-lifetime event Monday, May 2, 2011 at 10:00 a.m. PST and will have the advantage of being able to reserve their own seats. The general public will be able to purchase remaining General Admission tickets on May 23. Event ticket cost is $50 per person.

D23 Members and their guests will receive a special commemorative Rocketeer gift. All attendees are invited to attend the special Rocketeer exhibit following the film, where there will also be exclusive, limited-edition Rocketeer collectibles available for purchase from D23 and event co-sponsor, Creature Features.

About D23
The name “D23” pays homage to the wonder and excitement that began in 1923 when Walt Disney opened his fledgling studio in Hollywood . D23 is the first official community for fans in Disney ‘ s 88-year history. D23 gives its members a greater connection to the entire world of Disney by placing them in the middle of the magic through its quarterly publication, Disney twenty-three; a rich website at www.disney.com/D23 ; a collectibles line, the Walt Disney Archives Collection; and special events for D23 Members throughout the year. Fans can join D23 at www.Disney.com/D23, select shops at Disneyland® Resort and Walt Disney World® Resort and www.DisneyStore.com.

About Creature Features
The name Creature Features has served the creators and collectors of science fiction, fantasy and horror as one of the film and TV industry’s most comprehensive resources of memorabilia for over thirty years. Owned and operated by Taylor White, this popular institution offers a vast array of genre-themed artifacts through its retail gallery in Sierra Madre, CA while also sponsoring film screenings, publishing books, producing classic soundtracks on CD and hosting a series of popular art gallery exhibits throughout Los Angeles .  The company’s presence can also be seen at numerous conventions, including Monsterpalooza, Comic-Con International and WonderFest. For more information: www.creaturefeatures.com.

Brian Curran
A Star Wars Fan since 1977 when he was just 2. Brian grew up in California where his family would often make trips to Disneyland. In 1987 he took his first “Trip to Endor” and doesn’t pass on a chance to go back! He also enjoys going to Conventions and meeting the actors from the Star Wars films.
Read more from Brian Curran
Tags: The Rocketeer, Kevin Smith, El Capitan Theatre, Joe Johnston, D23 Expo
Loading Comments...