Final Event Schedule Revealed for the Ultimate Disney Event for Fans and Families at the Anaheim Convention Center August 19 – 21, 2011

Exciting details about the activities and events planned for the three days of Disney’s D23 Expo 2011 have been announced, and a complete, up-to-the-minute schedule can be found online at www.D23Expo.com. Tickets for D23 Expo 2011, which is open to the general public, are available at D23Expo.com, and are available for individual days or for the full three days of this Ultimate Disney Fan Event.

D23 Expo 2011 will offer guests the chance to get sneak peeks and screenings of upcoming Disney movies and TV shows and specials like The Avengers, Disney’s The Muppets, John Carter, Disney•Pixar’s Brave, The Lion King in 3D, Tim Burton’s Frankenweenie, Oz The Great and Powerful, Once Upon A Time, Prep & Landing: Naughty vs. Nice, and many others. D23 Expo 2011 also will present the U.S. premiere screening of The Lion King in Disney Digital 3D™.

D23 Expo 2011 will offer fascinating explorations of the past, present, and future of Disney. Throughout the three days, scores of special panels and presentations will bring new insight into Disney history, let guests go “behind the magic” of Disney theme park attractions and movies, and get fans up close and personal with Disney’s legacy of unforgettable entertainment.

A giant Show Floor filled with incredible pavilions and interactive areas assembles the entire world of Disney under one roof. From Disney’s global theme parks to the Company’s environmental initiatives, the Show Floor includes an area for collectors, a gathering of Disney licensees, a high-energy area devoted to Disney Channel, a pavilion dedicated to Walt Disney Animations Studios, and more.

The legendary Walt Disney Archives will assemble a 12,000-square-foot exhibition featuring a beachside display of props, costumes and set pieces from LOST and Pirates of the Caribbean; a “House of de Vil” featuring the finalists and winner of Disney’s Fan Art Contest; a room devoted to 1982’s Tron, a display of vintage Mickey Mouse memorabilia, and much more. Plus, the Expo Show Floor will feature three iconic pieces: Walt Disney’s limousine, a 23-foot-long model of the Black Pearl from Pirates of the Caribbean and the Dharma Initiative Volkswagen van from LOST.

For D23 Expo 2011, Disney is launching the first-ever Ultimate Disney Trivia Tournament. Topics will range from classic to contemporary and from theme parks to films and everything in between. The tournament begins at 7:30 a.m. at the Anaheim Convention Center on Thursday, August 18, the day before the D23 Expo opens. Twenty semi-finalists will compete in front of a live audience during a dynamic show at 6 p.m. in Stage 23 on Friday, August 19 to win a special preview cruise on the Disney Fantasy.

The 4,000-seat Anaheim Convention Center Arena will be home to spectacular presentations throughout the three days of the Expo.The event kicks off with the Disney Legends ceremony, which honors individuals who have made significant contributions to the Disney legacy including Regis Philbin, Jim Henson and the voices of many of the Disney Princesses. Other highly anticipated sessions include presentations from The Walt Disney Studios, Walt Disney Parks & Resorts, Marvel Studios, and a rocking performance by the cast of the Disney Channel hit Shake It Up.

The three days of the D23 Expo are packed with excitement and activity. Below are selected highlights from the three-day D23 Expo schedule. Please note that because the D23 Expo is a live experience, schedules, talent, locations, and descriptions are subject to change—so be sure to visit www.D23Expo.com for full updates and even more schedule details and surprises.

The Wonderful Words of Disney… Behind the Page: Kingdom Keepers, 11:30 a.m. In his presentation, author Ridley Pearson discusses the Kingdom Keepers series and reveals his own behind-the-scenes adventures. Stage 28

Christmas in August, 12:45 p.m. The world premiere screening of Prep & Landing: Naughty vs. Nice with the creative team. Stage 23

Why We Create, Featuring Author and Filmmaker Don Hahn, 3:00 p.m. Don Hahn, a filmmaker, Academy Award®-nominated producer, and author of Disney Publishing’s new book Brain Storm explores “why we create,” revealing his insights about the creative process. Stage 28
Walt Disney Parks and Resorts, 3:30 p.m. Glimpse into some of the exciting projects currently underway at Disney’s parks and resorts. Arena

Artists of ACME, 4:00 p.m. Join us for a conversation with the artists of Acme. Disney Living Pavilion

D23 Expo Talent Round-Up, 4:15 p.m. Join us for a meet and greet with filmmaker and author Don Hahn. Welcome Center

It’s a Small World: Celebrating 45 Years, 5:00 p.m. Join us for a discussion about the art, music, fashion, and more inspired by Disneyland ‘s it’s a small world attraction. Stage 28

Voices of the Parks, 6:45 p.m. Meet the men and women who provide voices for the Disney parks. Stage 28

SATURDAY, August 20, 2011
Disney Store Opening Ceremony (D23 Members Only), 9:00 a.m. Start off the day in grand style with Disney Store. Disney Living Pavilion
The Wonderful Words of Disney…Behind the Page: Peter and The Starcatchers (D23 Members Only), 9:15 a.m. Disney Publishing is so proud to present best-selling authors Dave Barry and Ridley Pearson as they discuss the blockbuster series Peter and The Starcatchers, with focus on the new book, Bridge to Never Land. Stage 28

Screening of ABC’s Once Upon a Time, 12:45 p.m. Edward Kitsis and Adam Horowitz participate in a Q&A following a screening of their bold, new series about fairy-tale characters. Stage 23

Michael Giacchino’s Music of Pixar, 1:00 p.m. In this musical presentation, Michael Giacchino provides an earful of tunes and tales about his early influences for Pixar’s modern-day classic scores. Stage 28

D23 Expo Talent Round-Up, 1:00 p.m. Join us for a meet and greet with filmmakers Greg and Jeff Sherman. Welcome Center

A Conversation with the Pixar Creative Team, 2:30 p.m. Join us for a rare opportunity to spend time with the key figures responsible for Pixar’s moviemaking magic. Stage 23

A Good Look at Buena Vista Street , 2:45 p.m. Sneak a peek at the new entrance to Disney California Adventure with Disney Imagineers. Stage 28

Magic Secrets, 4:00 p.m. Find out how Disney Toys are made with the Disney toys creative team. Disney Living Pavilion

The Art of Brave, 11:30 a.m. Join us for an afternoon of conversation and art with Steve Pilcher and Tia Kratter as we uncover the secrets behind Pixar’s detailed process. Stage 23

The Making of Star Tours — The Adventures Continue, 3:30 p.m. Find out how Imagineers updated the attraction, hosted by Imagineering’s Tom Fitzgerald. Stage 23 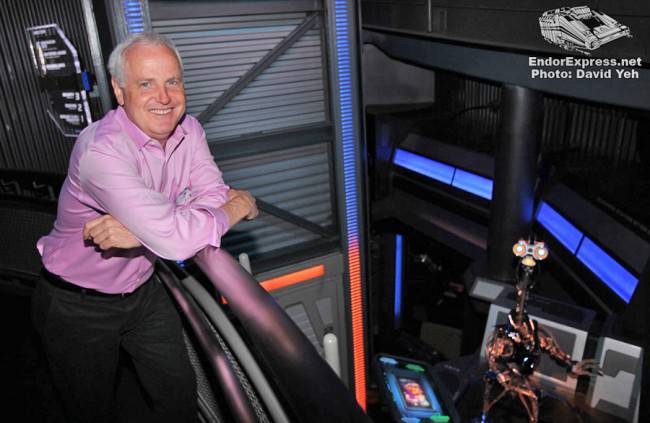 Tickets to D23 Expo 2011 are available at http://www.D23Expo.com. Admission includes access to all experiences and entertainment at the D23 Expo and can be purchased for single days or for three full days of festivities. Admission is $42 for a one-day adult ticket and $32 for children 3-12. Three-day passes are $121 for adults and $91 for children. Members of D23: The Official Community for Disney Fans will receive a discount on admission as well as early entry to each day of the D23 Expo for themselves and their guests. More details about D23 Expo entertainment, events and special guests will be announced in the coming weeks. Fans can keep up with all the news by visiting www.D23Expo.com, as well as by following “Disney D23” on Twitter and Facebook.

The D23 Expo—The Ultimate Disney Fan Event—brings the entire world of Disney under one roof, providing attendees with unprecedented access to Disney films, television and theme parks. For schedules, live updates, interactive features and tools, polls and much more, check out the D23 Expo mobile app at www.D23mobile.com! To be part of the D23 Expo conversation, make sure to follow @DisneyD23 and tag your tweets with #D23Expo. For questions during the D23 Expo, get answers by sending tweets to @D23Expo.

The name “D23” pays homage to the exciting journey that began in 1923, when Walt Disney opened his fledgling studio in Hollywood . D23 is the first official club for fans in Disney’s 88-year history. D23 gives its members a greater connection to the entire world of Disney by placing them in the middle of the magic through its quarterly publication Disney twenty-three; a rich website at www.disney.com/D23; a new collectibles line, the Walt Disney Archives Collection; and special events for D23 Members throughout the year, highlighted by the D23 Expo in Anaheim, California, August 19-21, 2011.

Brian Curran
A Star Wars Fan since 1977 when he was just 2. Brian grew up in California where his family would often make trips to Disneyland. In 1987 he took his first “Trip to Endor” and doesn’t pass on a chance to go back! He also enjoys going to Conventions and meeting the actors from the Star Wars films.
Read more from Brian Curran
Tags: Tom Fitzgerald, Dick Van Dyke, Tony Baxter, Michael Giacchino
Loading Comments...