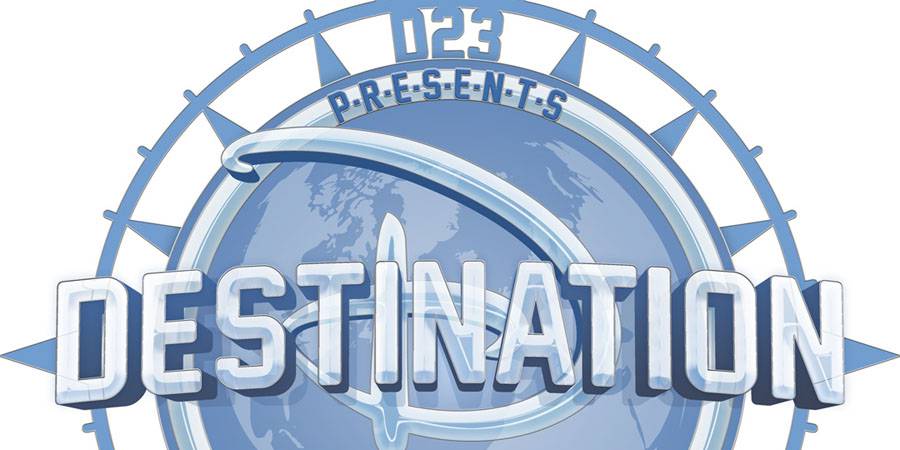 From Walt Disney’s groundbreaking Snow White and the Seven Dwarfs to the upcoming Wreck-It Ralph, guests will experience a two-day journey through the art of Disney feature animation – filled with fun, laughter and rarely or never-before-seen artwork, photos and film clips of beloved Disney characters and stories – all the while surrounded by some of the world’s leading animation legends, artists and authorities.

While more announcements are forthcoming, the detail about Destination D below is current as of June 4, 2012.

This promises to be an extraordinary celebration … with additional participants and presentations to be announced in the weeks ahead:

Walt Disney and the First Golden Age of Disney Animation
Walt and his original team of animators and artists invented an entirely new genre of filmmaking storytelling. Together they created unparalleled bodies of work that continue to delight audiences around the world. Join our panelists who participated first-hand (or witnessed) the remarkable creation of Walt Disney’s feature animated films:

Joe Hale—43-year Disney veteran who contributed his artistic talents to such films as Peter Pan, Lady and the Tramp, Sleeping Beauty, One Hundred and One Dalmatians, and Mary Poppins.

Burny Mattinson—Disney Legend and 50-year veteran of Disney animation who contributed his artistic talents to such “Golden Age” favorites as Sleeping Beauty, One Hundred and One Dalmatians, and The Jungle Book.

Dave Bossert—Author of an upcoming book on Roy E. Disney, and creative director and head of special projects at Walt Disney Animation Studios; artistic coordinator and visual effects supervisor on Fantasia/2000 and associate producer of the short “Destino” among many other accomplishments.

Don Hahn—Noted author, Disney animation historian, and producer of some of Disney’s most successful animated films of the second golden age, including Beauty and the Beast, The Lion King, The Hunchback of Notre Dame, and The Emperor’s New Groove.

Disney Parks owe a great deal of their creative development and design to the roots of Disney animation. Join current and former Disney Imagineers as they discuss how legendary Disney Imagineers, including Marc Davis, Mary Blair, Claude Coates, Herb Ryman, John Hench, and many others, successfully transferred their skills and talents from the world of Disney feature animation to “animating the Disney Parks.” Join our panelists who personally worked with many of these Disney animation and Imagineering greats:

The fun continues into the night with an unforgettable evening of harmony provided by Dick Van Dyke & The Vantastix. The popular vocal quartet is comprised of legendary television, Broadway and film star Dick Van Dyke and three renowned west coast musicians—Mike Mendyke, Bryan Chadima, and Eric Bradley. Songs from Van Dyke’s varied entertainment career, in addition to many well-known Disney hits and timeless pop standards, will be performed by Van Dyke and The Vantastix in a show rich in humor, pure entertainment, and sing-along favorites. It’s a once-in-a-lifetime experience you won’t want to miss!

Presented exclusively for D23 Members and their guests is the definitive director’s cut (not available on DVD) of the acclaimed 2009 film documentary Walt and El Grupo. Hosted by Director Ted Thomas and Producer Kuniko Okubo, the film chronicles the amazing 10-week trip that Walt Disney and his hand-picked group of artists and filmmaking talent (later known as “El Grupo”) took to South America in 1941 at the behest of the U.S. Government.

Wacky and Wild Disney Animation
Go on a wacky and irreverent ride through some of the most psychedelic and visually stunning animation ever put on film in this fun and humorous retrospective of Disney feature animation. Along the way you’ll learn of the contributions of such “characters” as Disney Legend Ward Kimball, renowned artist Salvador Dali, and many others. Your hosts through this animation “Wonderland”:

Jerry Beck—Well-known animation historian, with 10 books and numerous articles to his credit. Jerry is an animation producer, and industry consultant to Warner Bros., and has been an executive with Nickelodeon and Disney and is also a popular blogger on the subject of animation.

Eric Goldberg—A veteran director, designer and animator, his Disney credits includes being the supervising animator of Genie in Aladdin, co-director of Pocahontas, animator of Phil in Hercules, followed by Fantasia/2000, which he directed, wrote, and animated two critically acclaimed sequences: “Carnival of the Animals” and “Rhapsody in Blue.” His animation work can also be seen in the Tokyo Disney Seas attraction Magic Lamp Theatre and the recently unveiled Gran Fiesta Tour Starring The Three Caballeros at the Mexico Pavilion at Epcot.

Tinker Bell: The Evolution of a Disney Character

Have you ever wondered how a character becomes a “Disney” character? As we take you on a fascinating trip through the decades in a presentation filled with never-before-seen art, photos, and film clips, you’ll see how Tinker Bell developed into one of Disney’s most iconic characters. Your tour guides include:

Mindy Johnson—Author of the upcoming book Tinker Bell: An Evolution—(new for Fall 2013 from Disney Editions).

The Walt Disney Studios is often credited with perfecting “personality animation,” creating from paper and pencil characters that seemingly live and breathe. In this entertaining and educational presentation you’ll discover the secrets behind the creation of some of Disney’s most beloved animated stars, plus you’ll get the chance to design your own Disney animated character under the guidance of a master Disney animator.

Your instructor:
Andreas Deja—30-year Disney animation veteran, whose impressive body of work includes serving as supervising animator on characters in several classic Disney animated features, including Gurgi in The Black Cauldron, Gaston in Beauty and the Beast, Jafar in Aladdin, Scar in The Lion King, Mickey Mouse in Fantasia/2000, Lilo in Lilo & Stitch, Mama Odie in The Princess and the Frog, and Tigger in Winnie the Pooh. He’s also a noted Disney animation historian and authority on the work of legendary Disney animator Milt Kahl.

Meet the artists behind the voices. We put a spotlight on the many men and women who have supplied some of the most familiar voices ever to grace movies screens. This unique reunion of Disney character voice talent highlights some of the great voices of the past as well. Our roster of Disney character voice talent stars include (to date—more to be confirmed over the next few weeks!):

Lisa Davis—Voice of Anita (One Hundred and One Dalmatians, 1961)

David Frankham—Voice of Sergeant Tibbs (One Hundred and One Dalmatians, 1961)

Bruce Reitherman—Voice of Mowgli (The Jungle Book, 1967) and Christopher Robin (Winnie the Pooh and the Honey Tree, 1966)

Snow White and the Seven Dwarfs: Still “The Fairest of Them All”

Walt Disney’s animation masterpiece Snow White and the Seven Dwarfs introduced an entirely new filmmaking genre—the Disney animated feature—and put in motion the creation of an unparalleled library of films that remain unrivaled in their artistic and storytelling achievements. Join us as we salute this groundbreaking film with a rare west coast appearance by 93-years-young Marge Champion, the live-action reference model for the character of Snow White. Also joining the presentation will be Gabriella Calicchio, CEO of The Walt Disney Family Museum, to provide insights on the museum’s upcoming Snow White exhibition and an exciting new D23 opportunity.

An Evening With Disney Legend and Oscar®-Winner Alan Menken

Menken is currently the first songwriter in 13 years to have three new shows running concurrently on Broadway (Sister Act, Newsies, and Leap of Faith). His Broadway successes include The Little Mermaid (Tony Award® nominee), Beauty and the Beast, Little Shop of Horrors, and Sister Act (Tony Award nominee). His other stage productions include King David, Newsies, God Bless You Mr. Rosewater, The Hunchback of Notre Dame, and Aladdin.

Presented exclusively for D23 Members and their guests is the definitive director’s cut (not available on DVD) of the acclaimed 2010 film documentary Waking Sleeping Beauty. With screening hosted by director Don Hahn, the film chronicles how by the mid-1980s the fabled animation studios of Walt Disney had fallen on hard times. Waking Sleeping Beauty is the true story of how Disney regained its magic with a staggering output of hits—The Little Mermaid, Beauty and the Beast, Aladdin, The Lion King, and more—over a 10-year period.

D23′s Destination D series has become one of the fan club’s most popular member events. Past “destinations” have celebrated 55 years of Disneyland and 40 years of Walt Disney World Resort. Now it’s time to celebrate the diamond anniversary of one of the most universally beloved and unique film genres—the world of Disney animated features.

Brian Curran
A Star Wars Fan since 1977 when he was just 2. Brian grew up in California where his family would often make trips to Disneyland. In 1987 he took his first “Trip to Endor” and doesn’t pass on a chance to go back! He also enjoys going to Conventions and meeting the actors from the Star Wars films.
Read more from Brian Curran
Tags: Tony Baxter, Destination D, Alan Menken, Dick Van Dyke, Don Hahn
Loading Comments...