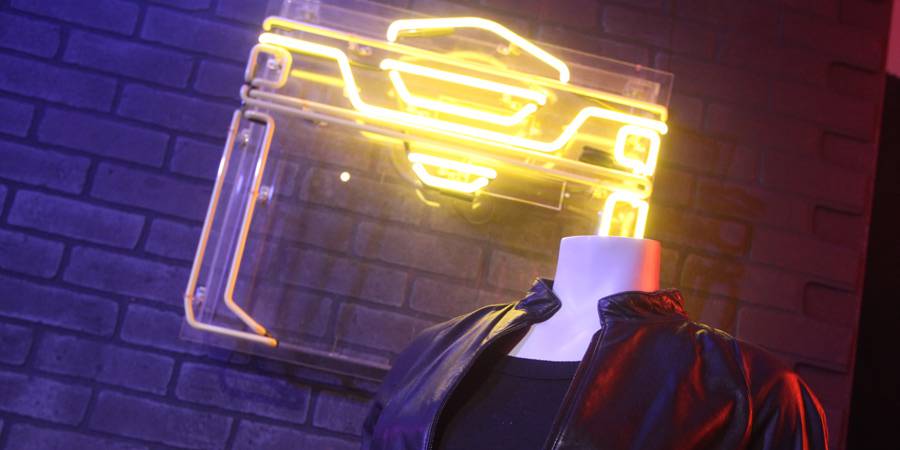 With ElecTRONica having finished its run at Disney California Adventure a few months back, one has to wonder where they can get their Tron fix now.  Fortunately for fans of the Grid, the animated series Tron: Uprising can be found on Disney XD, but there’s an extra special treat for anyone in the Southern California area!  D23 Presents the Treasures of the Walt Disney Archives held at the Ronald Reagan Presidential Library.  It is an impressively large collection of some of the greatest displays from the Archives, including a special display just for Tron and Tron: Legacy.

The display opens to the public on July 6th but we have a special preview to Treasures of the Grid!  One thing worth mentioning is that it’s one thing to see the pictures but it’s another thing entirely to see it in person.

The exhibit will remain at the Ronald Reagan Presidential Library until April 2013.  It certainly is not to be missed so plan a trip for you and your family today!

Special thanks to D23!

David Yeh
A long time fan of both Disney and Star Wars, he has a hard time resisting the temptations of Disney’s merchandising force. If you see pictures of the toys and pins, you can bet they are from Dave, our resident collecting guru.
Read more from David Yeh
Tags: Tron Legacy, Bruce Boxleitner, Treasures of the Walt Disney Archives, Jeff Bridges, Kevin Flynn, Garrett Hedlund, Olivia Wilde, Cindy Morgan, D23 Expo, Tron
Loading Comments...