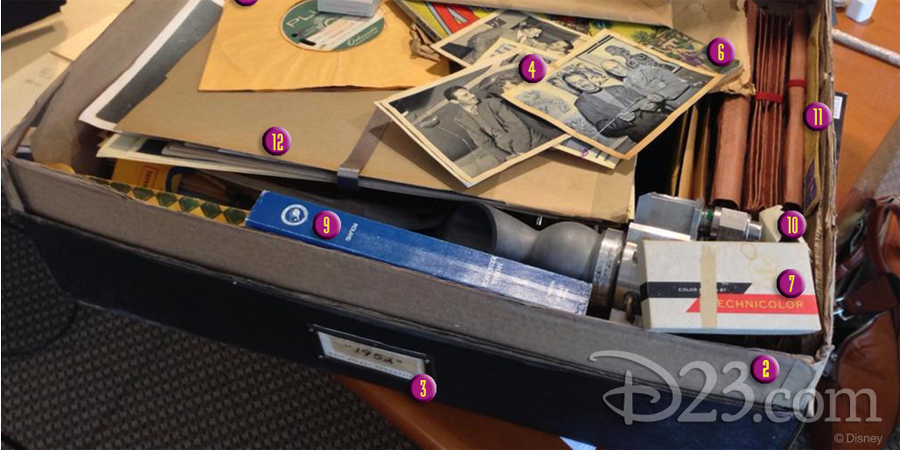 There is a lot of mystery behind director Brad Bird’s upcoming film “Tomorrowland” set to star George Clooney. Recently a photo of a old box labeled “1952” found it’s way online. D23 and The Walt Disney Archives have a cool feature on the mysterious box and it’s contents.

Disney Fans, Twitter followers, and the media have been speculating on the contents of a perplexing box labeled “1952,” since Pixar Animation Studios writer/director Brad Bird and screenwriter/producer David Lindelof posted photos of this curious container on their personal Twitter accounts on January 23. Last week, The Walt Disney Studios announced the film, which will release on December 19, 2014, is now titled Tomorrowland (it was previously known as 1952).  But what do the box’s contents reveal?   D23: The Official Disney Fan Club called upon the Walt Disney Archives’ director Becky Cline to examine the box’s contents. Check out the complete story on D23.com to see 12 interesting items she uncovered!

Brian Curran
A Star Wars Fan since 1977 when he was just 2. Brian grew up in California where his family would often make trips to Disneyland. In 1987 he took his first “Trip to Endor” and doesn’t pass on a chance to go back! He also enjoys going to Conventions and meeting the actors from the Star Wars films.
Read more from Brian Curran
Tags: Tomorrowland, Walt Disney Archives, Press Release, Brad Bird
Loading Comments...