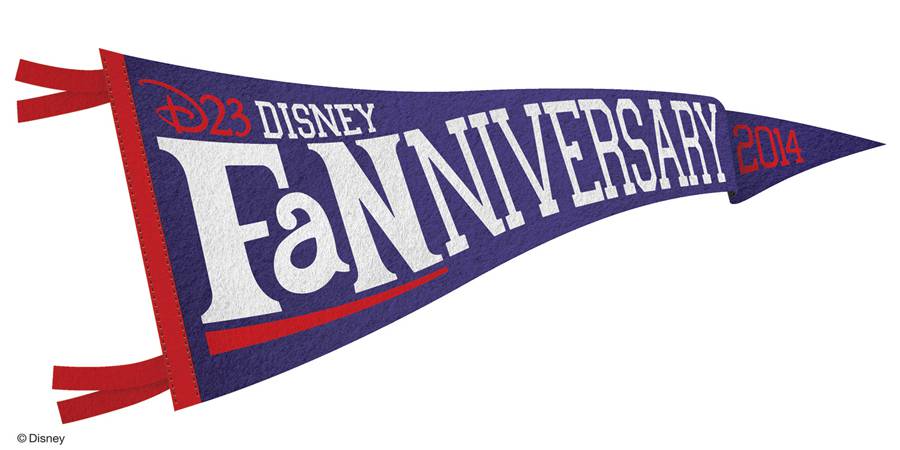 Rarely Seen Film Clips, Photos, and Art Highlight the Roadshow Event, Which Will Tour the U.S. this Fall.

BURBANK, Calif. – May 7, 2014 – For the third year in a row, D23: The Official Disney Fan Club will hit the road with D23 Disney Fanniversary Celebration presented by Walt Disney Records The Legacy Collection. The live event will visit 11 cities across the U.S. to commemorate dozens of magical Disney milestones celebrating landmark anniversaries this year.

In addition, following each show, two rare items from the Walt Disney Archives will be on display for guests to see and photograph: a hat worn by Julie Andrews in Mary Poppins and a “Duckster” award. Created in 1952, this bronze-colored award in the image of Donald Duck honored those who made significant contributions to Disney over the years. Both Walt Disney and Donald Duck himself were among the recipients of this unique prize.

Fanniversaries that guests can look forward to celebrating at each stop include:

Walt Disney Records’ newly created line of collectible CDs, Walt Disney Records The Legacy Collection, will celebrate 12 anniversaries of Disney’s most cherished and classic properties that have been enchanting audiences for generations. To honor these musical landmarks, The Legacy Collection will feature the beloved original soundtracks, plus valuable documentary content that tells the story behind the music. Each album will feature newly created artwork inspired by the original properties from Lorelay Bove, a visual development artist at Walt Disney Animation Studios. The first release in the series is The Lion King, a two-disc set with previously unreleased score by Oscar-winning composer Hans Zimmer, available on June 24. D23 Members will be able to purchase an exclusive set of the discs with commemorative lithographs. Pre-order is available at

Brian Curran
A Star Wars Fan since 1977 when he was just 2. Brian grew up in California where his family would often make trips to Disneyland. In 1987 he took his first “Trip to Endor” and doesn’t pass on a chance to go back! He also enjoys going to Conventions and meeting the actors from the Star Wars films.
Read more from Brian Curran
Tags: Splash Mountain, Haunted Mansion, Mary Poppins, The Lion King, Big Thunder Mountain Railroad
Loading Comments...