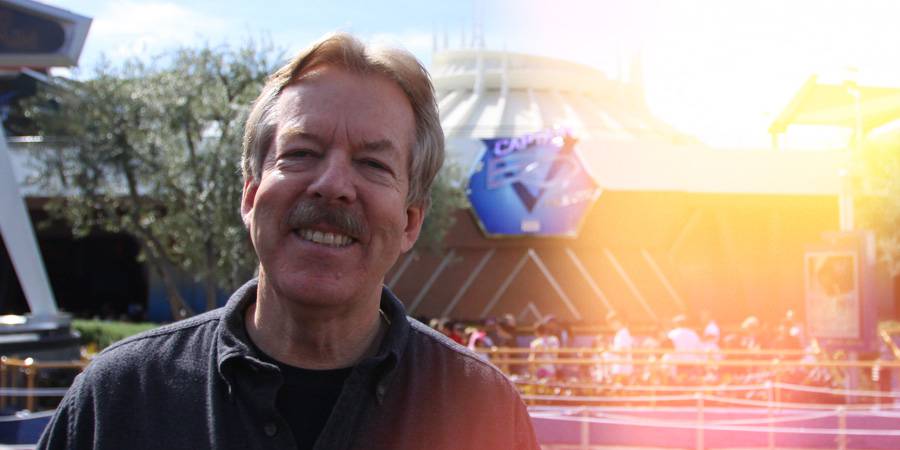 Today we announced that Tony Baxter is leaving his role as a creative development executive to become a part-time advisor to Walt Disney Imagineering. In this role, he will serve as both a creative advisor to the business and a mentor to current and future Imagineers.

“It has been a wondrous 47 years spanning the opening of Walt Disney World to Big Thunder Mountain Railroad and Star Tours, from Epcot’s original Journey into Imagination to Disneyland Paris and Indiana Jones Adventure. The Imagineers I have known and shared these times with have provided invaluable experiences not to be found anywhere else on earth. The future of Imagineering and Disney Parks is incredibly bright.

We also had the chance to interview Mr. Baxter for the return of Captain EO.

We thank Tony Baxter for all the great attractions he helped create and wish him the best in his new role!

Brian Curran
A Star Wars Fan since 1977 when he was just 2. Brian grew up in California where his family would often make trips to Disneyland. In 1987 he took his first “Trip to Endor” and doesn’t pass on a chance to go back! He also enjoys going to Conventions and meeting the actors from the Star Wars films.
Read more from Brian Curran
Tags: WDI, Walt Disney Imagineering, Tony Baxter, Star Tours, Big Thunder Mountain Railroad, Splash Mountain, Indiana Jones Adventure
Loading Comments...