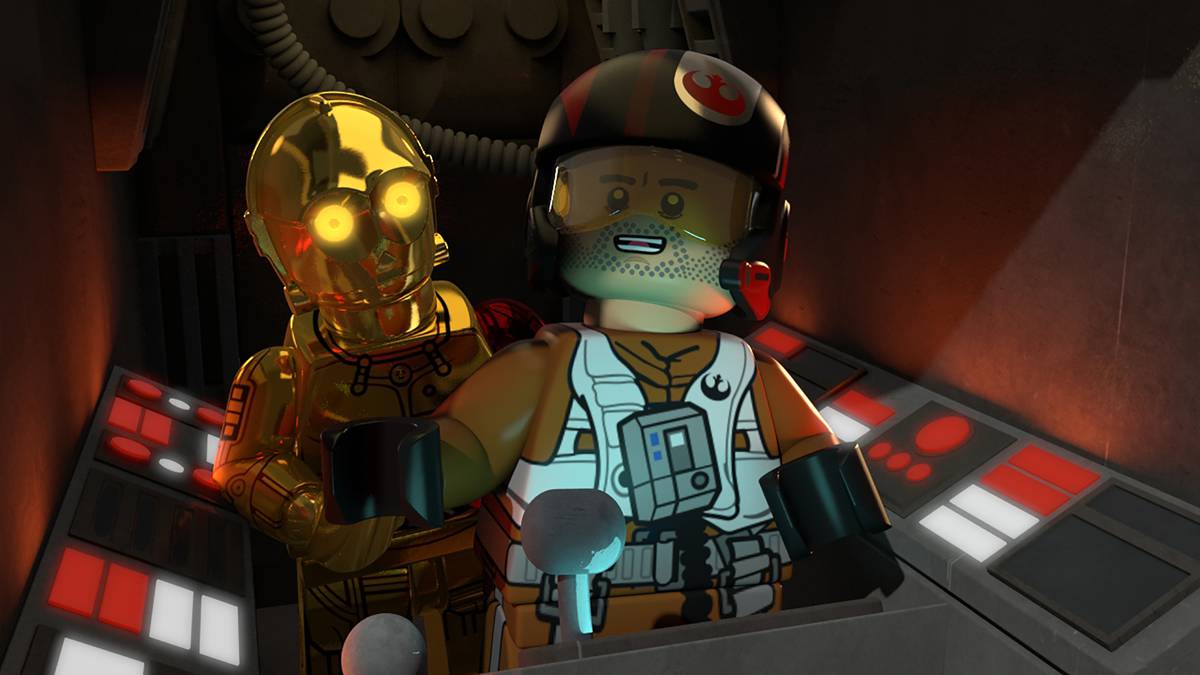 Premiering immediately after Disney XD’s highly anticipated “Gravity Falls” finale, the short will follow Resistance pilot Poe Dameron as he comes to the aid of Admiral Ackbar who is being held captive by Captain Phasma. Kylo Ren, C-3PO and BB-8 will also appear.

Airdates for the additional episodes will be released at a later date.

Brian Curran
A Star Wars Fan since 1977 when he was just 2. Brian grew up in California where his family would often make trips to Disneyland. In 1987 he took his first “Trip to Endor” and doesn’t pass on a chance to go back! He also enjoys going to Conventions and meeting the actors from the Star Wars films.
Read more from Brian Curran
Tags: C-3PO, Disney XD, LEGO Star Wars, Star Wars: The Force Awakens, Poe Dameron, Kylo Ren
Loading Comments...