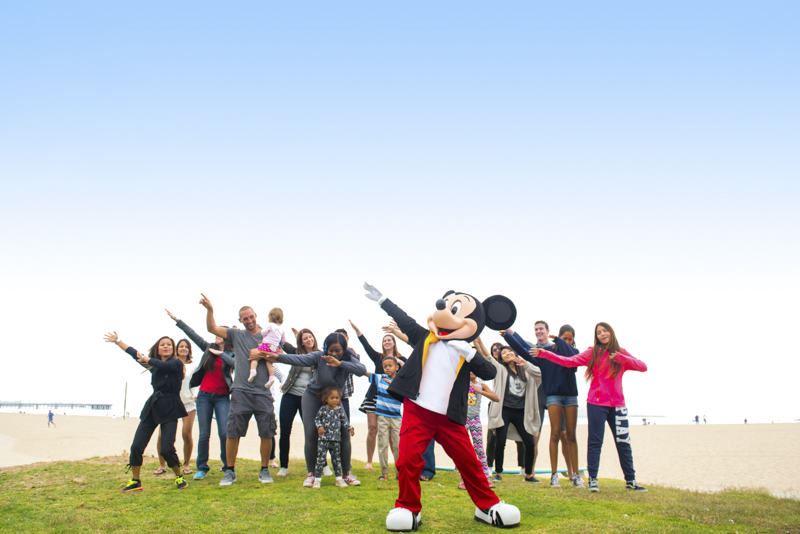 Global superstar Mickey Mouse is turning 88, and to celebrate that, he will have a global adventure. It will be filmed, and shown on his Facebook page November 18. Of course, you can join in with #HappyBirthdayMickey. Full release below:

To celebrate his upcoming birthday, Mickey Mouse is embarking on a trip around the world, where he will make surprise appearances in iconic, real-world locations to delight his fans and friends. These magical moments chronicling Mickey’s global adventures will be captured and shared on Disney’s Mickey Mouse Facebook page, culminating with the debut of a video highlighting Mickey’s travels featuring an upbeat new song, “What We Got.” The video will debut on the big day: November 18. Mickey fans are encouraged to join the celebration on social media using #HappyBirthdayMickey.

In advance of Mickey’s birthday, Disney has launched the Mickey Mouse Instagram account (@MickeyMouse). Following on the popularity of the Mickey Mouse Facebook page, which has more than 13 million followers, Mickey’s Instagram page will showcase videos and images including Mickey’s global travels, as well as his appearances in Disney films, television shows, and theme parks.

On Mickey’s birthday, select locations at Disneyland and Walt Disney World Resorts, as well as Disney Stores in the United States, will be distributing commemorative “Happy Birthday, Mickey!” buttons. Disneyland Park in Anaheim will host a special pre-parade birthday celebration for Mickey, and at Magic Kingdom Park in Orlando, characters and performers will dance in a special birthday-themed edition of the Move It! Shake It! Dance & Play It! Street Party.

Also on November 18, Disney Channel will air the Emmy®-winning new Mickey Mouse shorts throughout the day and premiere two new cartoon series featuring Mickey Mouse. On Mickey Meows Club, the feline hosts of a web-based talk show provide their own “cat”-mentary on Mickey’s incredible performances in their favorite shorts. Mickey’s How Not To will provide viewers with a humorous series of informative tips on how not to do things, using Mickey’s funniest fails and moments from the latest cartoons. Plus, that day Disney Junior will debut the teaser for the upcoming series Mickey and the Roadster Racers.

In addition, D23: The Official Disney Fan Club, Oh My Disney, Babble, and other Disney sites will be posting Mickey-related videos, galleries, stories, crafts, recipes, and shareables leading up to and on his birthday.

Mickey’s birthday is celebrated in honor of the release of his first theatrical film, Steamboat Willie, on November 18, 1928 at the Colony Theatre in New York City. Since then, he has starred in more than 100 cartoons and can currently be seen on Disney Channel in the Mickey Mouse cartoon series.