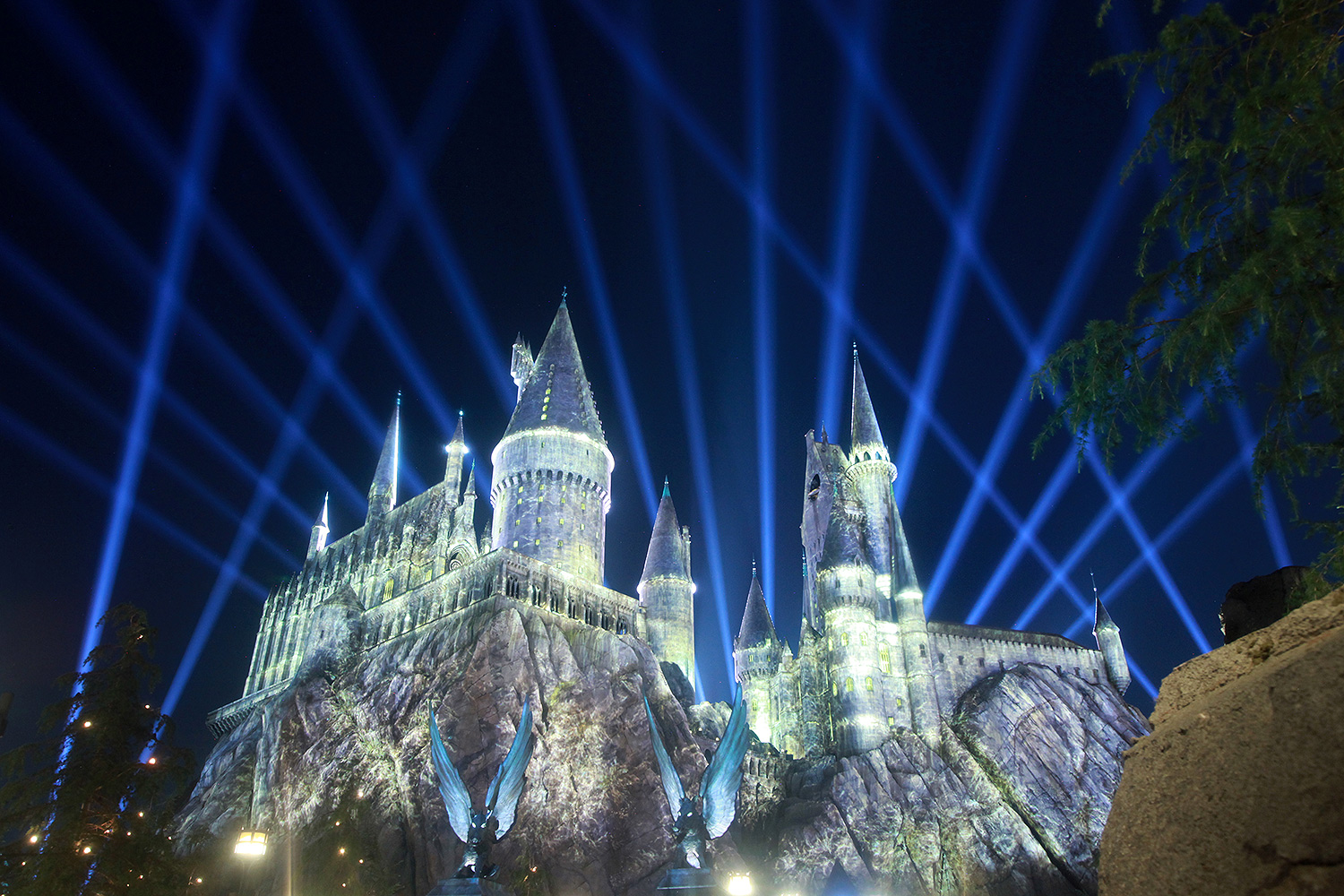 The already wondrous realm of The Wizarding World of Harry Potter gets an added boost of magic this summer with Nighttime Lights at Hogwarts, a new nighttime feast of lights and projection mapping at Universal Studios Hollywood that officially begins Friday, June . The entertainment theme park located a few minutes north of Hollywood has always lacked a nighttime show, so no real reason to stick around too long after dark, with the exception of the nighttime Studio Tour and CityWalk. With Nighttime Lights, at long last, there’s a reason to stay late and even later still.

If you think the show looks familiar, you may have watched the Grand Opening festivities just a year ago with an incredible lighting display complete with fireworks and a live concert performance with John Williams and the Los Angeles Philharmonic. While this updated show is a bit shorter and doesn’t have fireworks or a live orchestra accompaniment, the surround sound utilized in Hogsmeade Village is glorious.

Guests this summer will be able to enjoy Nighttime Lights at Hogwarts multiple times a night if they wanted, and they will. It truly is an incredible sight. You too will fall in love with the Nighttime Lights in Hogwarts again and again.

REMINDER:
Universal Studios Hollywood on Facebook will host a Facebook Live event to stream the all-new “The Nighttime Lights at Hogwarts Castle” experience at “The Wizarding World of Harry Potter” on Friday, June 23 at 8:45pm PST.

Be sure to come back to Universal Studios Hollywood and Universal Orlando this coming holiday season for “Christmas in the Wizarding World of Harry Potter”.