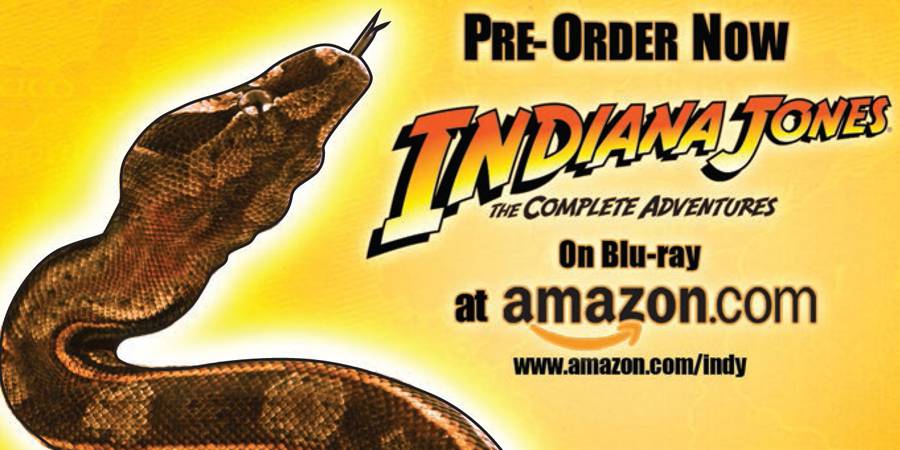 With the Indiana Jones The Complete Adventures finallly coming to Blu Ray, Paramount and Lucasfilm have designed a slithering photo opportunity for those attending this year’s San Diego Comic-Con!  Read on for more details!

“SNAKES. WHY’D IT HAVE TO BE SNAKES?”

What: The adventures of everyone’s favorite archaeologist are arriving in high-definition Blu-ray for the first time this fall. Fans attending San Diego Comic Con will have the opportunity to pose for photos with a recreation of the famous Well of Souls scene from Raiders of the Lost Ark, complete with throngs of live snakes! Fans who pre-order the collection on-site will receive a $25 Sideshow Collectibles gift card*. On Twitter, use #Indysnakepit to join the fun in a virtual snake pit.

Where: The Lucasfilm pavilion on the show floor / Booth 2913

David Yeh
A long time fan of both Disney and Star Wars, he has a hard time resisting the temptations of Disney’s merchandising force. If you see pictures of the toys and pins, you can bet they are from Dave, our resident collecting guru.
Read more from David Yeh
Tags: SDCC, San Diego Comic Con, Blu Ray, Indiana Jones
Loading Comments...