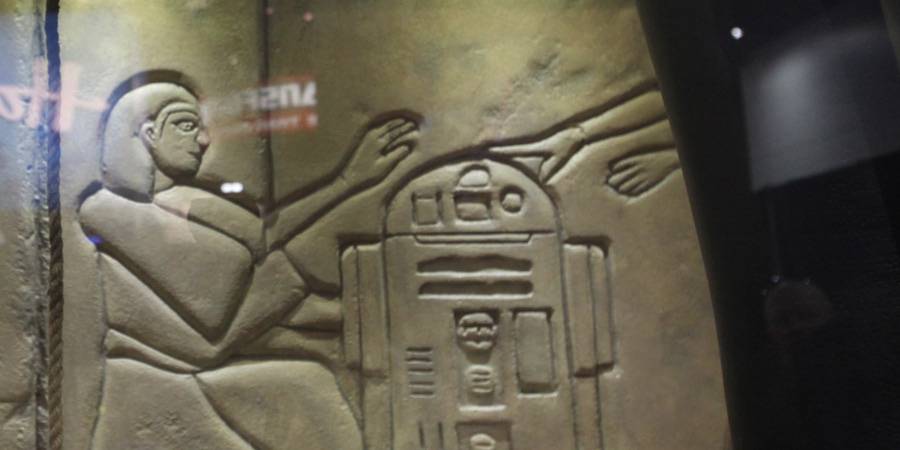 The Lucasfilm Pavillion wasn’t all Star Wars at this year’s San Diego Comic-Con.  There was also a bit of Indiana Jones as Paramount Pictures and Lucasfilm gets ready to release the INDIANA JONES THE COMPLETE ADVENTURES on Blu Ray Disc.  The Complete Adventures means you get not just the original three, but the fourth one as well.  For those of you who already bought Kingdom of the Crystal Skull on Blu-Ray, well… it’s not quite an ancient artifact but maybe you can put it in your museum (aka closet).

On display to promote the new release is a recreation of the Snake Pit from the Well of the Souls in Raiders of the Lost Ark.  Yes there’s snakes but they’re not real… or are they?  That’s right, live snakes were used in addition to a few rubber ones to add to the terror.  If you’re terrified of both snakes AND body odor, you’d want to stay clear of San Diego Comic-Con last week.

While the display wasn’t quite as big as the one boasting the Star Wars Saga last year, it’s still good to see Indiana Jones get some love too.  But there’s no time for love, Dr. Jones, you need to make sure you pre-order Indiana Jones The Complete Adventures on Blu Ray! 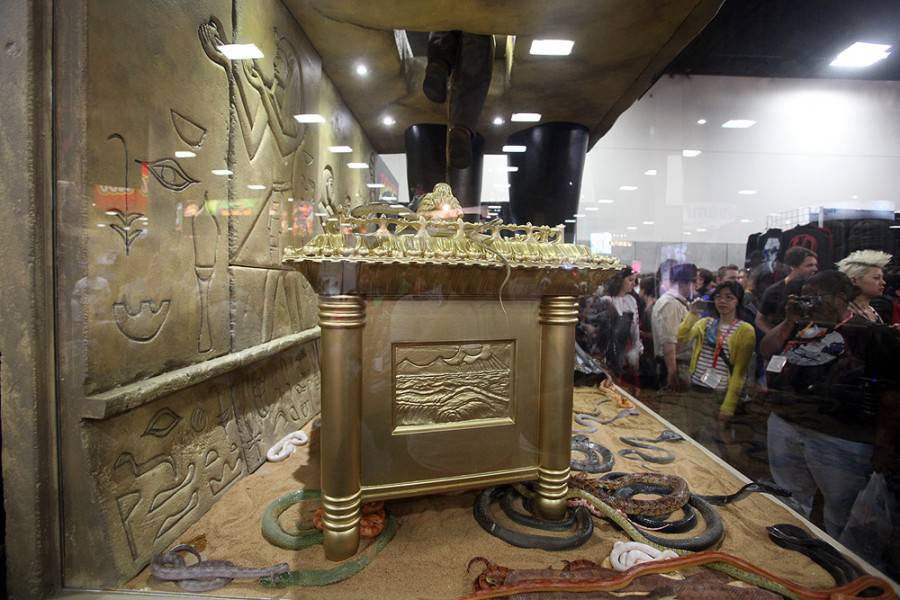 Indiana Jones: The Complete Adventures is released on September 18, 2012 at wherever Blu-Ray Discs are sold.

David Yeh
A long time fan of both Disney and Star Wars, he has a hard time resisting the temptations of Disney’s merchandising force. If you see pictures of the toys and pins, you can bet they are from Dave, our resident collecting guru.
Read more from David Yeh
Tags: SDCC, Indiana Jones
Loading Comments...