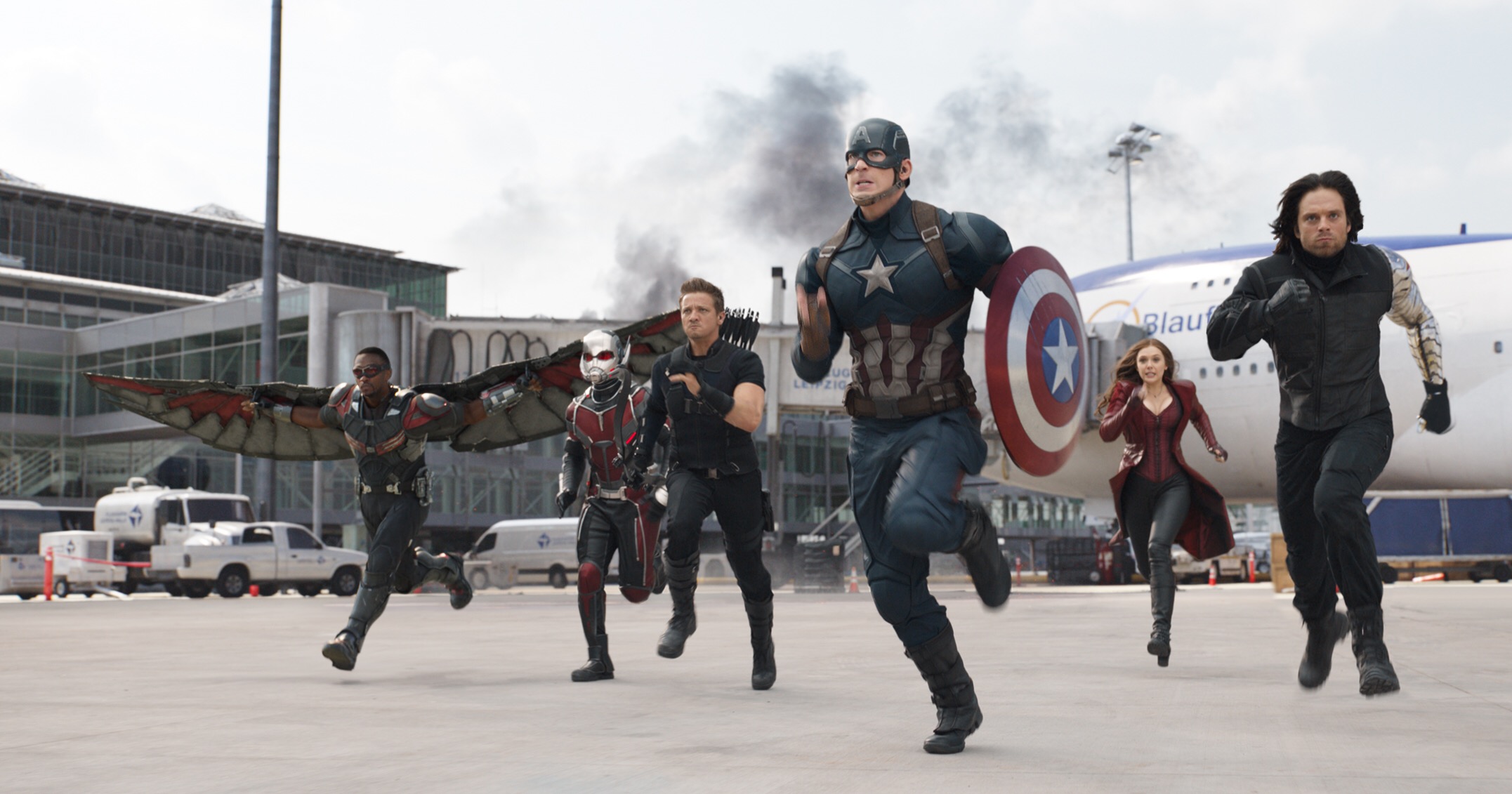 I never had a history of American comic book heroes. The closest we got at home to big heroes was the rich French culture of Asterix and Michael Vallaint. But movies, that was the big thing. I still have fond memories of being introduced to the Marvel Cinematic Universe, 8 years ago with AC/DC’s Back in Black with the excellent Iron Man movie. It’s amazing that an idea that was conceived over ten years ago, now is delivering a lot of movies, of most of which are just great.
Though in the comic books, the Civil War plays under the Captain America series, in the movies it feels like The Avengers 2.5. Every line from phase three has been coming together, with this movie the explosive starting point of everything falling apart. As usual, no big spoilers here, since the basic plot has been advertised so broadly, you couldn’t even escape #TeamCap / #TeamIronMan if you wanted to, with even advertisement in train stations asking you to choose.
(By the way, sorry Cap, I’m still #TeamIronMan. Who can resist a billionaire playboy inventor?)

For those still not up to it. The Avenger team is being split into two camps to choose wether or not accept government oversight, after destroying most cities they have been in. This comes in form of the Sokovia Accords. Steve Rodgers is still looking for the redemption in his childhood friend Bucky, who we know as the brainwashed Winter Soldier. After all, it’s the only link to his old world he still has. Tony Stark on the other hand has had plenty of share of personal demons, including guilt, which resorted in alcoholism. These feeling directly impact the choice these people have to make.

But it’s not the villain they have to defeat that creates the biggest pain, but the friendship that is being tested between a group of people that just want to enjoy shoarma together.

Yes, it has great action sequences, it has some big surprises, and even new superheroes, like Black Panther!

Apart from the Iron Man series, one of my favourite story lines has been the Captain America movies. Especially Winter Soldier by Anthony and Joe Russo has been one of the highest possible peaks of the series. So it comes that no surprise that the Russo brothers were quickly assigned to direct Civil War. 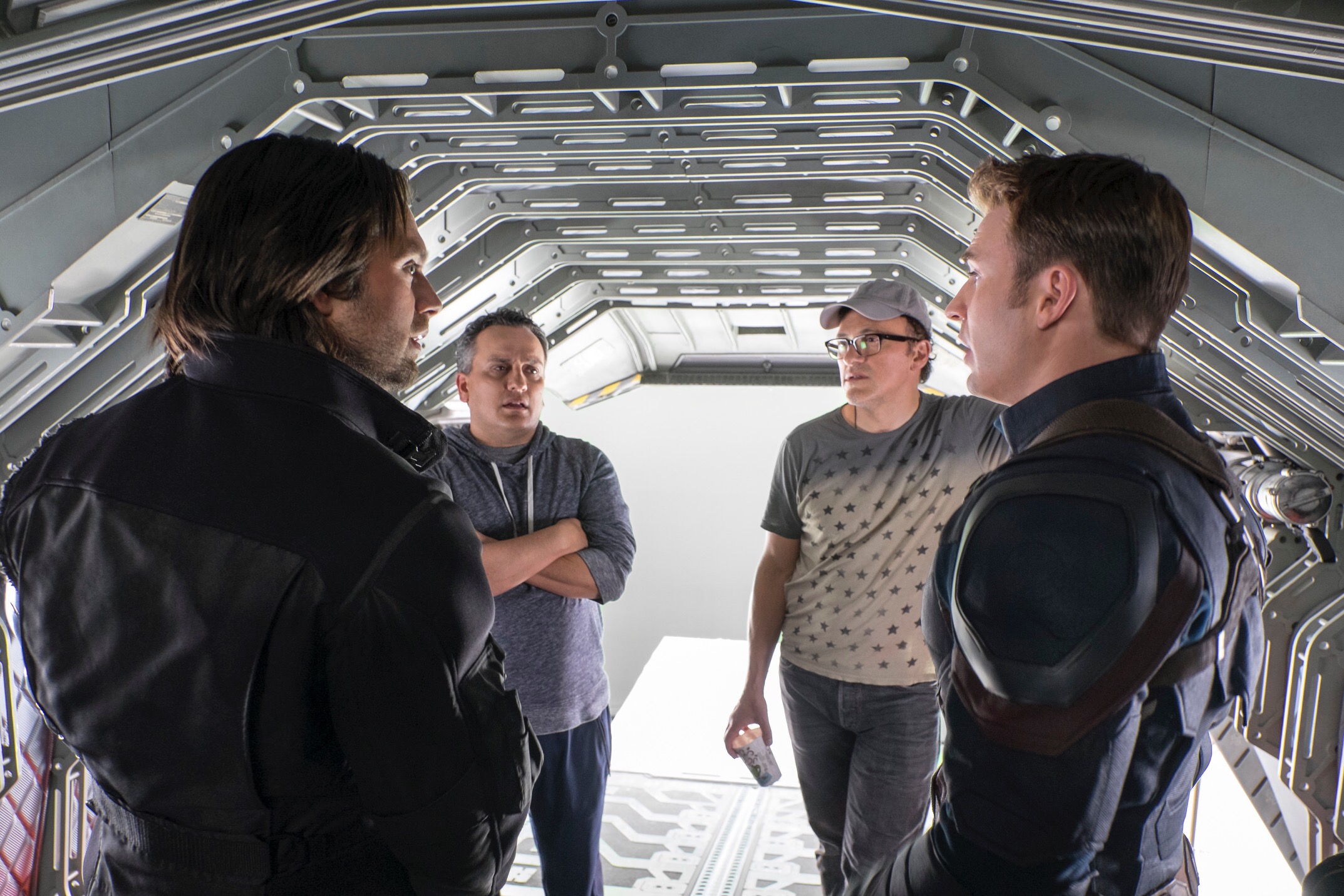 The problem I have with most of these superhero movies is when they actuality show their powers. Of course, destroying everything near you is a great thing, but it’s the gravitas of actually dealing with the aftermath and what being super actually causes to other people is what really interests me. This is partly what Civil War is actually about, the aftermath, the reaction, what happens when people get hurt because of actions.

With any ensemble cast, it’s not always easy to manage the plethora of characters, whilst still giving each each one their own story and motivation. But this movie pulls it of, with enough gravitas to keep everything serious, but still blending it with some trademark Marvel Humour.

Of course, you always have those people who will hate this movie because it’s not a carbon copy of the comics, and things actually change in the bigger sense of things. (Hi Jasper!)

But even if Marvel isn’t your thing, it’s an impressive movie that will make you want even more! Go see it!