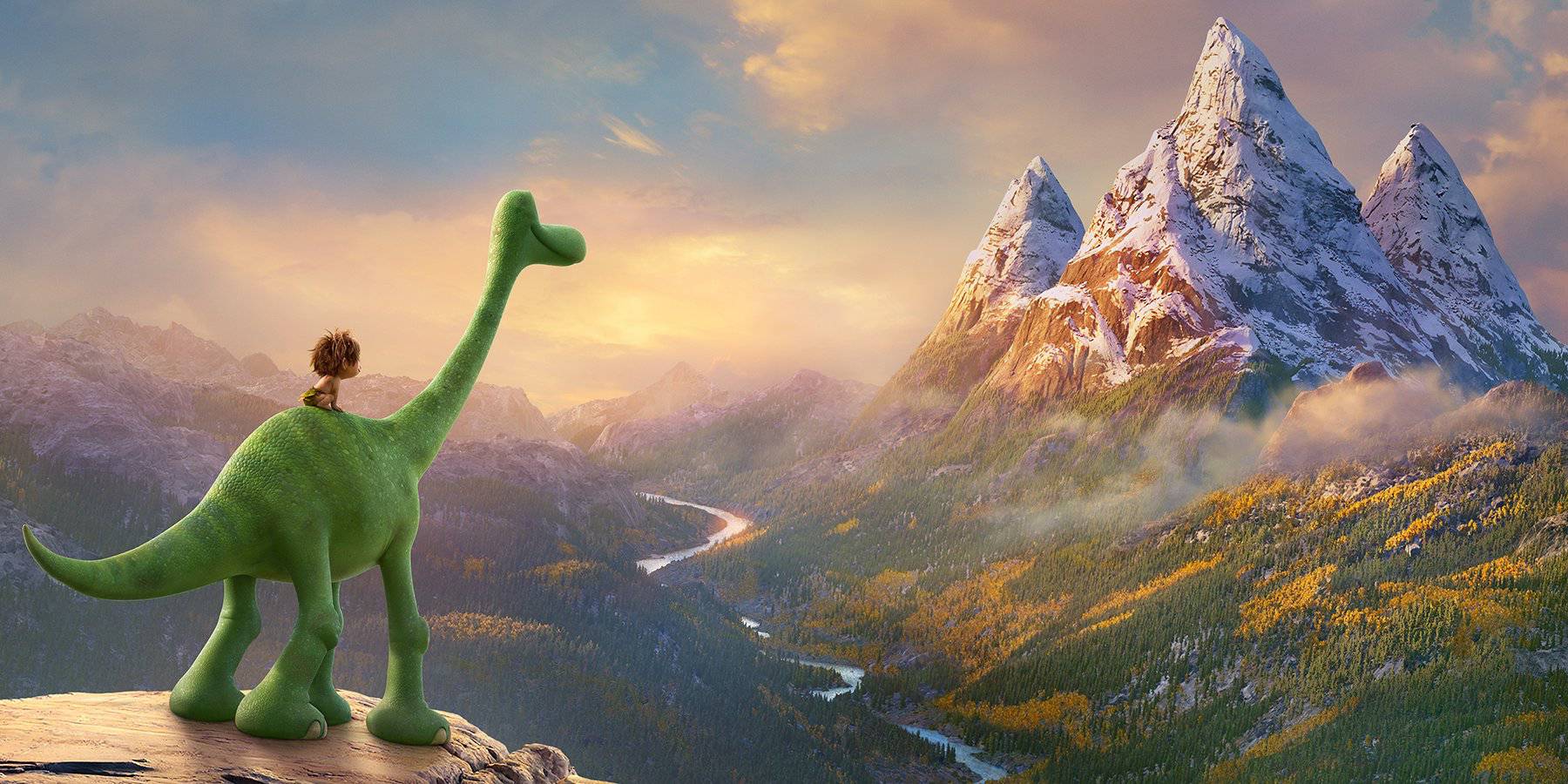 What if, 65 million years ago the asteroid, that was headed to earth, missed his mark? That’s the basic premise of The Good Dinosaur, Pixar’s latest film. We follow Arlo, a young Apathosaurus and his unlikely human friend called Spot. Though the film flows as it should, production took six years! Internal struggles to find the right story to tell led to the replacing of mind of the film’s cast and crew, but then again, this is Pixar. These are the same people that scrapped months of progress on Toy Story 2 because it didn’t reach their standard.

But back to Arlo. Being the smallest in their farming family, he has trouble keeping up and making his mark on life. Given the job to keep out critters, he is drifted away from home. This is where his adventure to get home begins. The thematic coming of age story feels familiar to earlier Disney works. Without going into spoiler territory here, some moments feel like carbon copies of The Lion King, Jungle Book or even Dumbo. And of course, the Spielberg produced classic Land Before Time.

Characters are also not what they seem. As soon as we recognise a species, years of dino movies wil give you the wrong, or right, ideas.

I’m going to take a minute and talk about the amazing way Pixar created the landscapes. There are a few scenes in The Incredible where the island looked absolutely lifelike, but The Good Dinosaur blew all of that away. Strip away the dinosaurs, and you might get this years best looking nature documentary. Also gorgeous is the typography of the opening and closing titles!

Composer-brothers Mychael and Jeff Danna are Pixar-newcomers, but create a warm score that is reminded of Brave, and really binds everything together.

To close off, pack a tissue or two, as there will be tears. Of course.

The Good Dinosaur is out in theatres worldwide in the coming days.