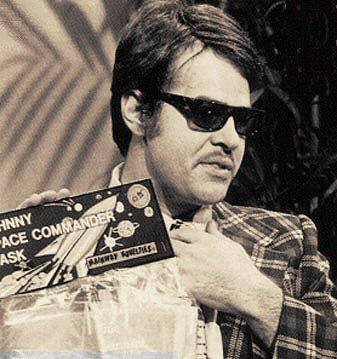 I don’t know if you’re familiar with the movie… Star Wars?

Today is May 25th, 2007… and that means it’s exactly thirty years to the day since a little movie called Star Wars exploded into the national consciousness.

George Lucas was still working on foreign language dubs of the film for international release when he ventured out for dinner, only to see lines forming around the block. He was surprised to learn those folks were queueing up to see *his* movie!

All of us here at SWST wish George and Star Wars a happy anniversary! Here’s to 30 more!

Of course, Star Tours celebrated its 20th anniversary earlier this year… so how are fans commemorating that milestone as well? One fan named Mark Patton is paying tribute to the thrill ride at the party for the film that inspired it!

Some of our staff is currently working Celebration IV in Los Angeles, joining with millions of other Star Wars fans from around the world to mark the three-decade milestone of George Lucas’ little ‘space opera’.

Our own Paul Hruby reports in from the diorama room at C4, where his Ultimate Group Project display is getting lots of attention. Near the UGP is a sight that Star Tours fans, especially those from California, should easily recognize.

It’s a miniature Star Tours diorama, complete with Threepio’s control platform, a custom-built Starspeeder 3000, and even a group of People Mover trams (instantly identifying this as the Anaheim starport of the past).

According to a conversation I had last month with diorama-maker extraordinaire Frank D’iorio (aka Niubniub), the Star Tours diorama is the masterpiece of his friend Mark Patton.

For more pics of this fantastic miniature re-creation, check out our cIV coverage in the Special Feature Archive!