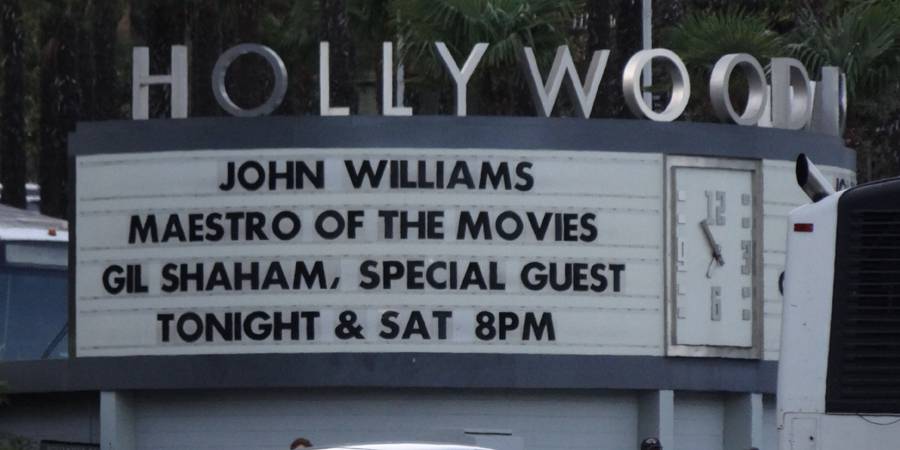 Friday August 31, 2012, I attended a concert that I have wanted to see for several years. The legend John Williams at the historic Hollywood Bowl. The Los Angeles Philharmonic performed John Williams famous music. Star Wars was well represented. The orchestra played “Duel of the Fates” during main program. The concert ended with two encores, that featured all Star Wars themes. “Luke and Leia” from Return of the Jedi, “Star Wars Main Title” and ended with the “Imperial March.” Each time a Star Wars theme was played hundreds of toy lightsabers ignited in the crowd!

“The Duel” from The Adventures of Tintin

Marion’s Theme from Raiders of the Lost Ark

Call of the Champions
“Dry Your Tears, Afrika” from Amistad
“Duel of the Fates” from Star Wars Episode 1

Finale from E.T. The Extra-Terrestrial (final 14 minutes of the film)

Luke and Leia from Return of the Jedi

Brian Curran
A Star Wars Fan since 1977 when he was just 2. Brian grew up in California where his family would often make trips to Disneyland. In 1987 he took his first “Trip to Endor” and doesn’t pass on a chance to go back! He also enjoys going to Conventions and meeting the actors from the Star Wars films.
Read more from Brian Curran
Tags: John Williams, The Hollywood Bowl, Imperial March, Duel of the Fates
Loading Comments...