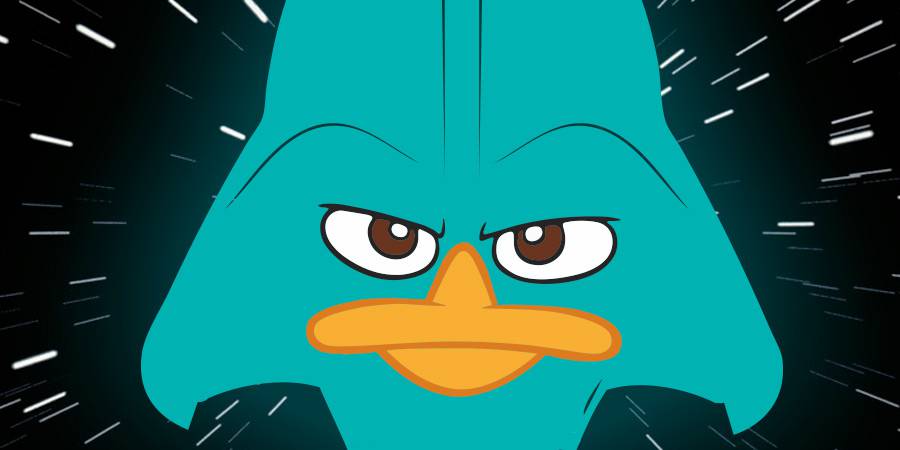 You can read more on Variety.com

UPDATE July 22: We have added the official press release.

DOOF MEETS DARTH IN AN EPIC ODE TO STAR WARS FROM

An epic ode to Star Wars from the creators of Disney’s animated comedy “Phineas and Ferb” is in production — the one hour event episode will premiere next year on Disney Channel and Disney XD.  It places the characters of “Phineas and Ferb” in the same space and time as the world of Star Wars, all with the brilliant comedic perspective that has made the global hit “Phineas and Ferb” the #1 animated TV series for Kids 6-11 in primetime and Tweens across total day for the past five years.

The announcement was made today by Dan Povenmire and Jeff “Swampy” Marsh, creators and executive producers of “Phineas and Ferb” and ardent Star Wars fans, at Comic-Con International in San Diego.

Povenmire said, “May The ‘Ferb’ Be With You and with all of us who for decades have dreamt of a chance to work with the great characters and stories of Star Wars.”

The event episode’s story begins a long time ago, in a galaxy far, far away – in summer.  Phineas and Ferb are living happily on Tatooine, just one moisture farm over from Luke Skywalker.  They love simply hanging out and creating new adventures under the twin suns but find themselves thrust into a global rebellion when the plans for blowing up the Death Star accidentally fall into their hands.

Now that fate has suddenly pulled them into the fight for freedom, they must go in search of a pilot who can take them to the rebels so they can hand over the plans.  Complicating matters, Candace has a Stormtrooper-like intent on “busting rebels” and chases Phineas and Ferb across the galaxy in hopes of retrieving the Death Star plans.

Meanwhile, back on the Death Star, Darth Enshmirtz, a low level Darth, has created a Force-powered “Sith-inator” that he plans to use against the Rebel Alliance.  Agent P, working undercover for the Rebellion, is dispatched to stop him, but quickly gets trapped in carbonite.  Then, things take a startling turn when Ferb is accidentally hit by the full blast of Dr. Darth Enschmirtz’s “inator” and becomes….an evil Sith.

“Phineas and Ferb” is a production of Disney Television Animation.

Paul Hruby
Paul has been obsessed with Star Wars ever since being dragged by a friend to see a new movie where “things blow up in space!” Since then, he has been collecting and customizing Star Wars figures and ships. His other love is Disneyland and he looks for any excuse to go. He enjoys the atmosphere and rides the parks is famous for. Finally, he enjoys weekend excursions to Endor but wishes that Disney would finally install an experienced pilot droid so he could actually GET to Endor for once.
Read more from Paul Hruby
Tags: San Diego Comic Con, Phineas and Ferb
Loading Comments...