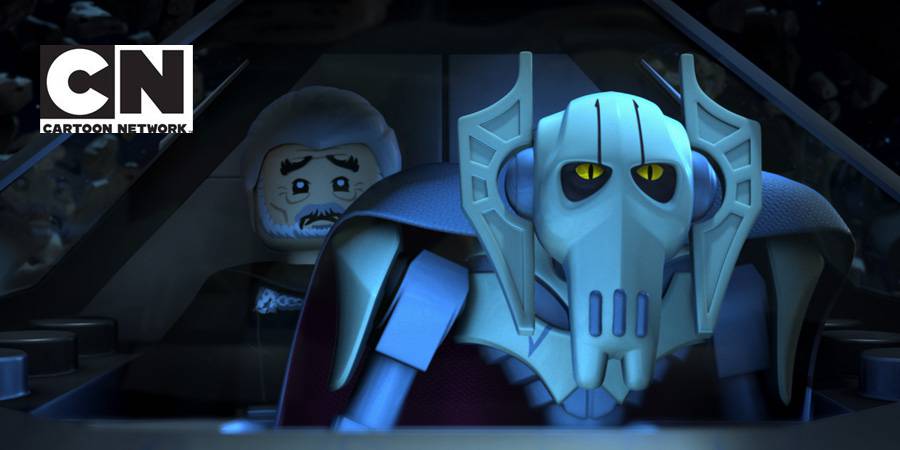 Lego Star Wars returns to the Cartoon Network on September 4th at 8PM (ET,PT) with the second episode of The Yoda Chronicles “Menace of the Sith”!

Episode breakdown in the Press Release posted below…

Set in the prequel Star Wars era, The Yoda Chronicles features the one and only Yoda — the Jedi Master who has seen it all, done it all and taught generations of Jedi Knights.  With help from a fresh class of Padawans, Yoda leads the Jedi in a desperate fight to stop Darth Sidious and his minions from creating a new super-weapon that could crush the Republic and win the war for the forces of evil.

In the “Menace of the Sith,” Darth Sidious shows off the new Sith clone, JEK 14, who is an extremely powerful weapon of the dark side. However, JEK has a mind of his own and wants to be his own master. Suddenly, both the Jedi and the Sith try to win him over. It remains to be seen which side he chooses, good or evil.

The first LEGO Star Wars special, “The Phantom Clone,” premiered in May of this year as the number #1 telecast of the day with boys 6-11 versus all TV and the #1 telecast in its time period with all key boys versus all TV, according to Nielsen Media Research.

Brian Curran
A Star Wars Fan since 1977 when he was just 2. Brian grew up in California where his family would often make trips to Disneyland. In 1987 he took his first “Trip to Endor” and doesn’t pass on a chance to go back! He also enjoys going to Conventions and meeting the actors from the Star Wars films.
Read more from Brian Curran
Tags: The Yoda Chronicles, LEGO Star Wars, Cartoon Network