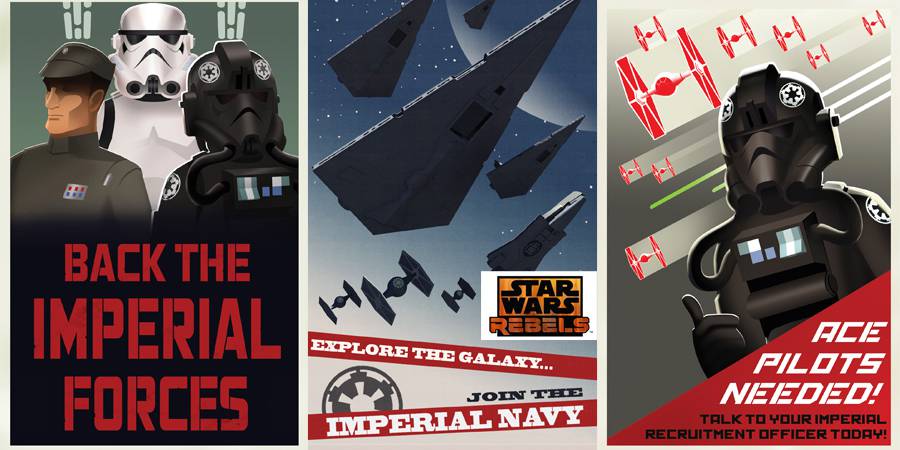 Ready for a Star Wars Rebels round-up? StarWars.com recently released “STAR WARS REBELS IMPERIAL PROPAGANDA POSTERS.” The posters and art remind me of the videos being played in the queue of Star Tours in Tokyo Disneyland. (Youtube video)

StarWars.com also introduced us to a new character from the upcoming Rebels series. Chopper the Astromech droid. Follow the link to StarWars.com for more on Chopper. We have posted a image of the “grumpy” droid in the gallery below.

Star Wars Rebels is scheduled to premiere in fall 2014 as a one-hour special telecast on Disney Channel and will be followed by a series on Disney XD.

Brian Curran
A Star Wars Fan since 1977 when he was just 2. Brian grew up in California where his family would often make trips to Disneyland. In 1987 he took his first “Trip to Endor” and doesn’t pass on a chance to go back! He also enjoys going to Conventions and meeting the actors from the Star Wars films.
Read more from Brian Curran
Tags: Star Wars Rebels
Loading Comments...