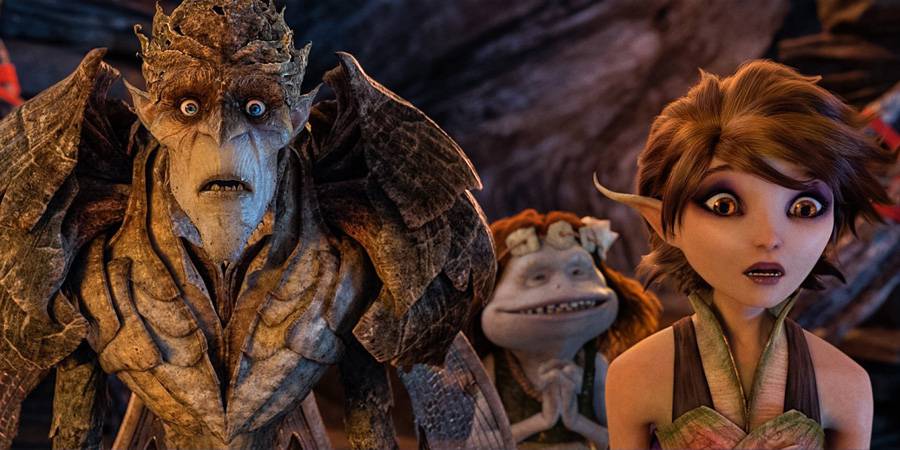 Wow! I didn’t know this was in the works. Story by George Lucas, directed by Gary Rydstrom and animation by Lucasfilm Animation Singapore and Industrial Light & Magic. “Strange Magic” is described as a “madcap fairy tale musical inspired by “A Midsummer Night’s Dream.”

“Strange Magic” will be released by Touchstone Pictures on January 23, 2015.

“Strange Magic,” a new animated film from Lucasfilm Ltd., will be released by Touchstone Pictures on January 23, 2015. “Strange Magic” is a madcap fairy tale musical inspired by “A Midsummer Night’s Dream.” Popular songs from the past six decades help tell the tale of a colorful cast of goblins, elves, fairies and imps, and their hilarious misadventures sparked by the battle over a powerful potion. Lucasfilm Animation Singapore and Industrial Light & Magic, which created the CGI animation for 2011’s Academy Award®-winning film “Rango,” bring to life the fanciful forest turned upside down with world-class animation and visual effects.

Brian Curran
A Star Wars Fan since 1977 when he was just 2. Brian grew up in California where his family would often make trips to Disneyland. In 1987 he took his first “Trip to Endor” and doesn’t pass on a chance to go back! He also enjoys going to Conventions and meeting the actors from the Star Wars films.
Read more from Brian Curran
Tags: George Lucas, Lucasfilm, Alfred Molina, Rango, Strange Magic
Loading Comments...