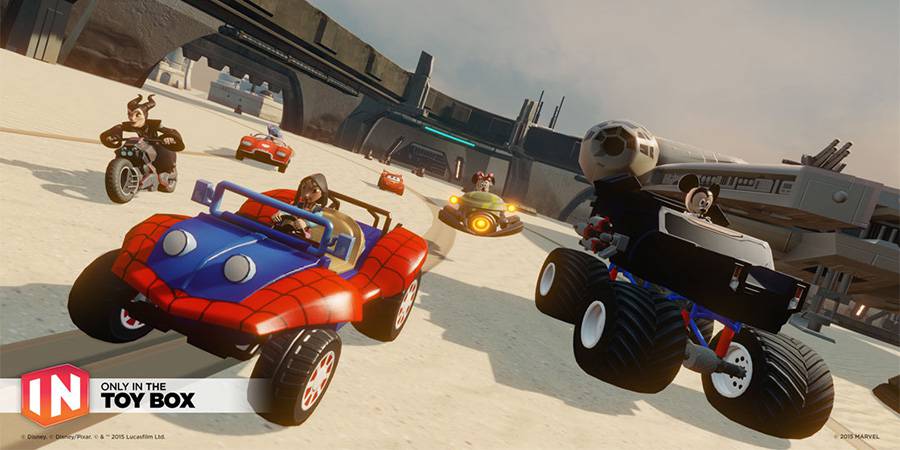 There are nine unique tracks in Speedway where you can race one at a time or in a 3-track Grand Prix mode. You can also do battle mode where weapons can be used on the courses and also time trials.

While this expansion pack won’t replace Mario Kart as best go-kart racing game, it’s certainly a fun add-on to Disney Infinity. The tracks themselves take some time to get used to and there’s so many short cuts that repeat playing is necessary to discover them all as well as find the hidden coins to get more cars for the game. It’s especially challenging since even the computer knows all the short cuts and will take full advantage of them leaving you in the dust.

While I do wish there were a few more tracks as there are so many Disney properties that would make amazing race courses (Atlantis anyone?), it is a $20 expansion after all and who doesn’t want to race on Mad Tea Cups? I certainly wouldn’t mind it if Disney Interactive attempted their own full on dedicated racing game down the line.