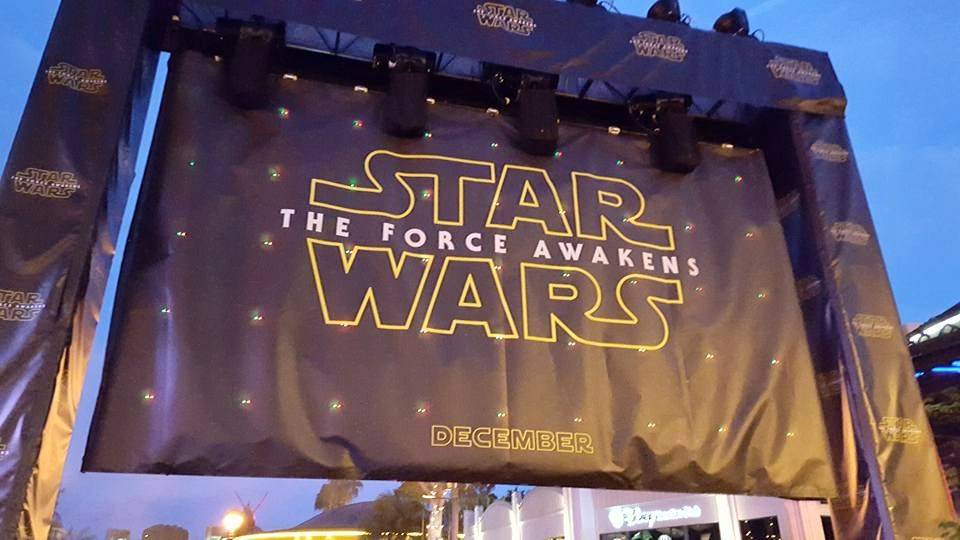 Anaheim, Calif. — The official trailer for Star Wars: The Force Awakens made its debut nationally on ESPN and on the internet, but folks who were at Disneyland crowded into Downtown Disney to watch the new trailer with their fellow fans.

Guests were invited to return to the Downtown Disney Live Stage located near the AMC Theatre and ESPN Zone for a live countdown for the trailer with a DJ and music. And arrive they did in large numbers, with the entire Downtown Disney area completely filled.

Costumed characters were also present to pose for pictures.

Did you attend the Trailer Premiere at Downtown Disney? Tell us what you think!

David Yeh
A long time fan of both Disney and Star Wars, he has a hard time resisting the temptations of Disney’s merchandising force. If you see pictures of the toys and pins, you can bet they are from Dave, our resident collecting guru.
Read more from David Yeh
Tags: Star Wars: The Force Awakens, The Force Awakens Trailer, Downtown Disney, Star Wars Episode 7, The Force Awakens
Loading Comments...