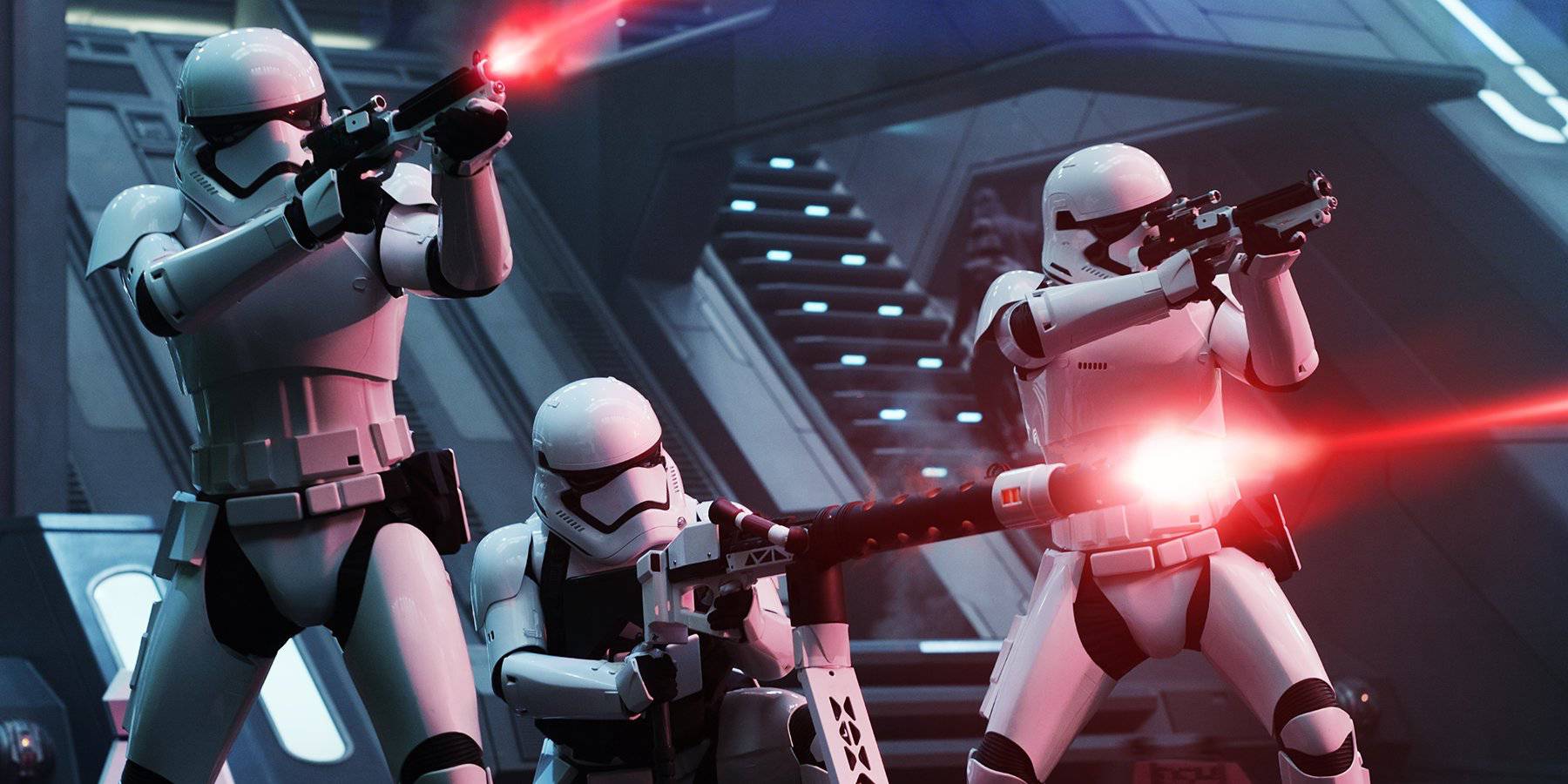 This review is spoiler free.

It’s not the first time we are being treated with new Star Wars films. When I discovered Star Wars as a young lad, somewhere around the very early 90’s, years before George Lucas announced a brand new Star Wars trilogy. I kinda missed the hype of The Phantom Menace, but it gave me a spark that made me know the plot of Attack Of The Clones in 2001, which I used to give a school presentation, spoiling the entire plot to my uninterested class. This time, I went in completely cold turkey. Having only watched the trailers and a of the early few TV spots, I wanted to be completely spoiler free.

But now, the wait is over. This is Kris, reporting from the Star Wars launch event in Belgium, which was a day after the world premiere, but before any other event worldwide! Before hand, each person, including personel, had to surrender their phones,  but in exchange got a toy lightsaber and 3D glasses. After a laser show and a 40 minute delay, the movie started, so here we go. I’m not a fan of 3D, but the 3D laser projection and ATMOS audio system give an extra dept as great 3D should do.

From the beginning it’s obvious that this isn’t just Star Wars, it’s Star Wars at its prettiest, grittiest and most immersive. During the entire movie never came a moment that took me out of the film, and the speed and intensity of how everything moved made me clutch that toy lightsaber as if my life depended on it.

It’s obvious J.J. Abrams truly loves and knows this saga, and steers it in the right direction with the collaboration of the genius writer Lawrence Kasdan. With the right clues given during the movie, it never becomes obvious what will happen next, which makes it all the more intense.

If you know classic Star Wars like we do, it’s easy to re-watch the movies, and know what’s coming. However, the moment EPISODE VII appears, everything you knew is off the table, and what unfurls before your eyes is completely new.

It’s what you’ve hoped, and I can’t wait to analyse the movie more after the next few showings. But looking back, there is already one logical conclusion. I’m so happy that we have to wait only two years to see where this will take us.

Star Wars: Episode VI – The Force Awakens is in cinemas tomorrow, with a worldwide release being rolled out over the next two days.