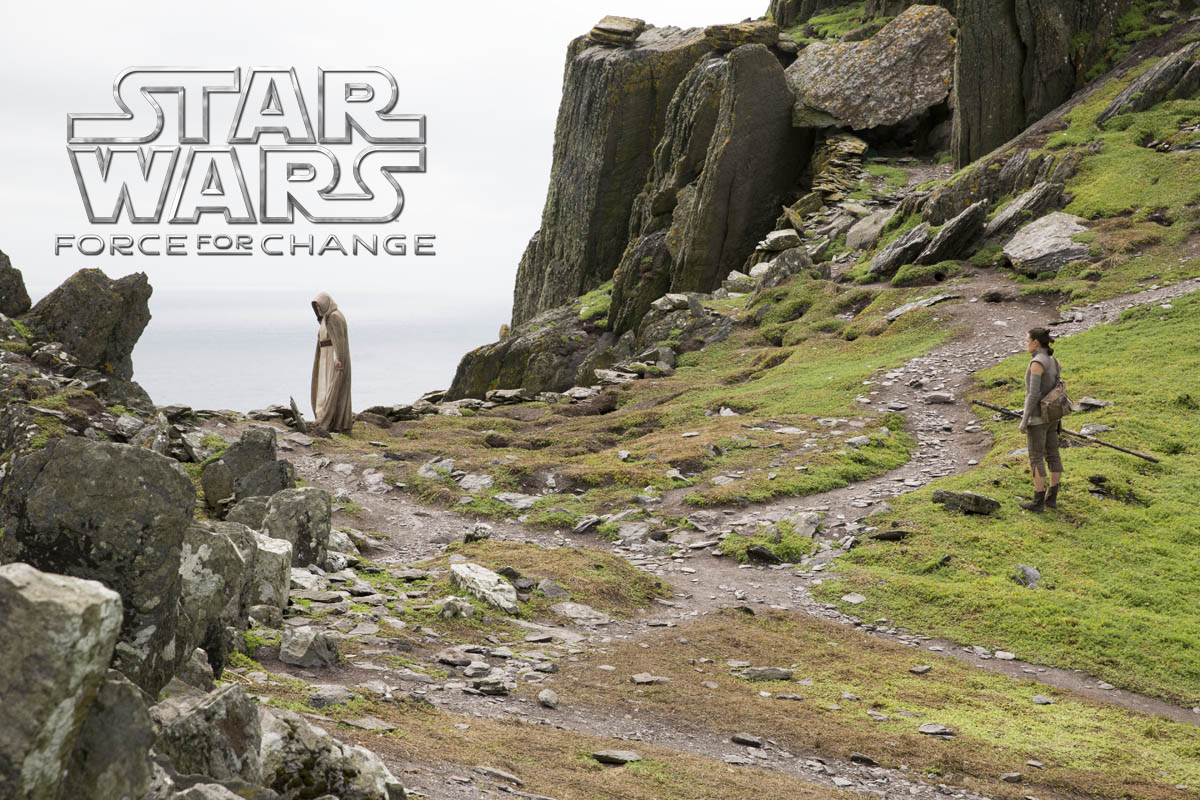 Star Wars: Force for Change will match up to $1,000,000 in donations made by fans to four charities between April 5th and May 4th.

(April 5, 2016) Today, Lucasfilm President Kathleen Kennedy and Star Wars veteran Mark Hamill announced a new campaign sponsored by CrowdRise in support of Star Wars: Force for Change, an initiative that inspires people to make a positive impact on the world. Starting April 5th, Star Wars: Force for Change will match the donations of Star Wars fans to four select charities up to $1,000,000!

To date, Star Wars: Force for Change has raised over $10,000,000 with the help of the amazing Star Wars community. This month-long campaign will lead up to “Star Wars Day” on May the 4th. The four select charities include the U.S. Fund for UNICEF in support of UNICEF Kid Power, American Red Cross, Boys & Girls Clubs of America, and Make-A-Wish®.

“Star Wars fans are some of the most generous, thoughtful, and sympathetic people I have ever met,” says Lucasfilm President Kathleen Kennedy. “I am so proud of the charitable work they have done over the years and hope this month-long donation-matching campaign will go some way to express our sincere thanks for their tireless efforts.”

Over the course of the four-week period, which culminates at 11:59pm (PST) on May 4th, fans will be able to donate through CrowdRise.com/ForceForChange to these four charities and have their donations matched dollar for dollar up to $1,000,000.During the first week, the first 20 fans to raise or donate at least $500 will win a Blu-ray of The Force Awakens signed by the cast[i], with more incentives to come. All participants who enter will also have a chance to win an all-expense paid trip to Ireland, including Skellig Michael along the Wild Atlantic Way, the location of the dramatic final scene from The Force Awakens[ii].

Show your Force and visit CrowdRise.com/ForceForChange now for more details.

Apr 12, 2016
Rogue One: A Star Wars Story star Felicity Jones reveals the prize for this week’s top fundraiser: a wearable Rogue One stormtrooper helmet autographed by the cast! In addition, Star Wars: Force for Change will match the donations of Star Wars fans to four select charities up to $1 million until May the 4th.

Brian Curran
A Star Wars Fan since 1977 when he was just 2. Brian grew up in California where his family would often make trips to Disneyland. In 1987 he took his first “Trip to Endor” and doesn’t pass on a chance to go back! He also enjoys going to Conventions and meeting the actors from the Star Wars films.
Read more from Brian Curran
Tags: Mark Hamill, Star Wars: Force for Change, Rogue One, UNICEF Kid Power, American Red Cross, Boys & Girls Clubs of America, Felicity Jones, Make-A-Wish, Kathleen Kennedy