Brian Curran
A CANTINA POPS-UP IN HOLLYWOOD
By David Yeh

In the land where restaurants, shops, museums and exhibits pop up all the time and lines are nothing new, a new pop-up bar has launched this week in Hollywood, CA that had geeks spinning their heads. Inspired (loosely) by the famous Mos Eisley Cantina seen in the original Star Wars, fans and non-fans alike were foaming at the mouth hoping for the next big thing. With the doors finally opening to this super secret bar, we have many questions that need answers. Will there be blue milk? Will there be any Jizzwhaling? Will droids still be discriminated against? But most important of all, is it really the hive of scum and villainy we all prayed for? I went to the wretched hive of “Scum and Villany” on opening night to find out.

Before we tackle some of the burning questions, some general back story: Titled “Scum & Villainy Cantina”, the bar had plenty of buzz surrounding the project for months causing a lot of fear that some may not even get in. Pre-order tickets were released in 2016 and sold out without even a location, picture, date, and barely a discription. Fans were only told that it would be in Hollywood in a super-secret location and that it would happen in 2017, but beyond that, they had to remain patient and content that their hard-earned cash (not republic credits) would get them an experience worth more than two cocktails and a pint glass. Here’s what it said from the website: “This temporary pop-up experience transports you into a fully immersive environment where you drink, eat, and hang out as if you were in another galaxy. Costumes encouraged.” Well, that sounds like fun. Sign me up!

How much were tickets? Well, for starters, $53.99 can get you a reservation into the bar, two drinks, a souvenir pint glass as well as a coin that allows you to waive the cover charge on a night that allows walk-ins. For $72.54 you get everything in the previous package but with an additional T-Shirt. For $83.14 you get everything in the previous package but with an added hat. Once you got through, you were pretty much free to buy as many tickets as you were willing to shell out for. Not that easy of a task for something so far in advance. Some were skeptical, most were excited. With pre-purchased tickets sold out, all that’s left are walk-in times from 11pm-2am, but with a $20 cover charge. Purchasing a ticket gives you access to a coin that gets you back in without that cover, but most will probably keep it as a souvenir.

Getting right to the thick of it, did we say this was in a super secret location?

Let’s get this out of the way: droids are still not welcome here, even in 2017. But you’re probably welcome to cosplay as one!

We enter through the halls filled with lasers and fog, loud music from sci-fi movies ranging from Tron Legacy to the Fifth Element to Close Encounters of the Third Kind. But where was the sounds of the Bith? Never heard it in the entire time we were there. Okay, maybe we heard it in the form of some 8-bit version but never did we hear the classic tunes of Figrin D’an and the Modal Nodes. If the DJ had one job, he failed. Miserably.

Looking around the dark, cloudy room, I searched for some familiarity. We were promised an immersive environment from another galaxy, but they didn’t quite take us there. It does resemble a cantina but it isn’t the one in Mos Eisley. You’d be more likely to find a seller of Death Sticks than someone with the death sentence on twelve systems. Simply put: It felt like any other bar where there’s not enough seats and not enough bartenders. Everyone at the reservation had two drink tokens and if Scum & Villainy succeeded, more drinks would definitely be bought. Or perhaps more drinks would have been bought had they had clever names tailored for the fans that are paying to come here. Vulcan Blood? Big Bang? Dark Side of the Moon? There clearly could have been more effort here to really impress Star Wars fans, but this is generic space themed offerings, with one leaning more towards Star Trek. WTF. Where’s my blue milk? And also, Vulcan Blood is GREEN if we really want to get technical.

The drink tokens do apply to their entire drink menu but there wasn’t any other menu of what else they have or what they’re capable of making, nor do we know how much those would be.

On the food side, there’s a few offerings of tacos, tots, quesadilla and nachos. I wasn’t impressed with the naming convention here neither so I won’t dive into it too much. I understand if there’s reluctance on their part to step on any legal toes but there are certainly cleverer ways around it. The food though is actually decently good if you’re hungry, so feel free to think with your stomach on this one.

The experience itself outside of your control is a darkened, foggy bar with loud music. There’s no live music or performances and missing are the warm earthy tones of Tatooine. Everything is mostly blue and purple due to the lighting. For paying attendees, this may not be at the level that they’re going to expect for the price paid. There is SO much about the entire thing that is either way off or almost there. Nothing here is right on the money. While it’s not entirely fair to judge a pop-up on the first day of operation, the entire direction of the project, being so secretive, was not properly advertised. If I could offer some constructive criticism that would help future nights, limit the amount of reservations allowed in at one time. Packing everyone in, with so few booths and bar space really doesn’t make the place feel worth the money. If booths are so limited, it should be an option you choose up front and let the walk-ins fill in what’s still available.

My rather large party of eight was sharing a small bar table in the middle of the bar, with only a few of us making trips to the bar at a time to redeem our drinks and order food. Our group could have fit into a larger booth that resembles the Cantina, but many more parties of two or four got to them first.

However my disappointment, Scum and Villainy Cantina can still be a fun spot for you and your like-minded friends. Dress up and make the most of it! But pop-up shops were always best when they were just that: a pop-up. We’d do anything for a unique experience and the biggest price is usually the time spent in line. By charging up-front, months in advance, there is going to be a much higher expectation going in and that, my friends, was not fullfilled (1. Blue Milk, 2. Cantina Band Music is all I needed, folks).

After all said, this is a unique experience that no amount of criticism could deter you. Since pre-purchased tickets have long been sold out, follow their Facebook page for more details on walk-up opportunities. It’ll cost you $20 at the door and who knows, maybe you’ll meet that Sexy Wookiee you’ve been after or that Hannah Solo. 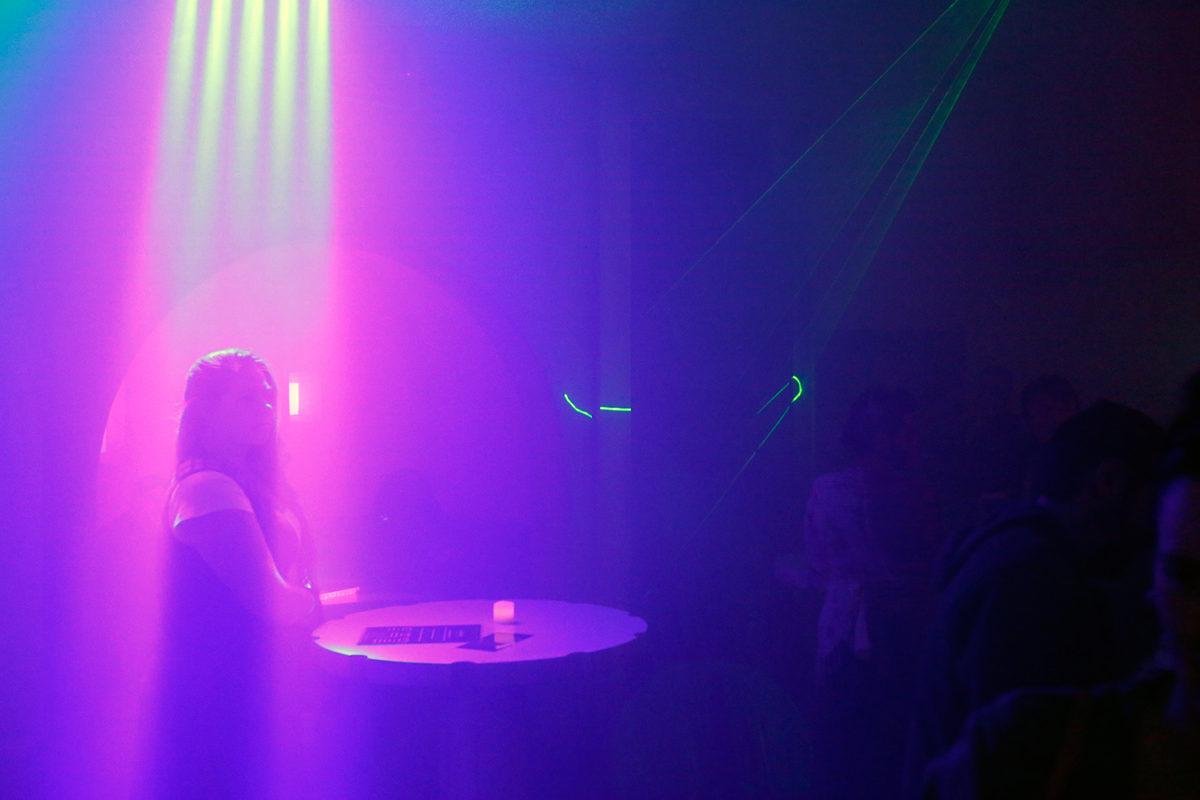 David Yeh
A long time fan of both Disney and Star Wars, he has a hard time resisting the temptations of Disney’s merchandising force. If you see pictures of the toys and pins, you can bet they are from Dave, our resident collecting guru.
Read more from David Yeh
Tags: Scum & Villainy Cantina
Loading Comments...