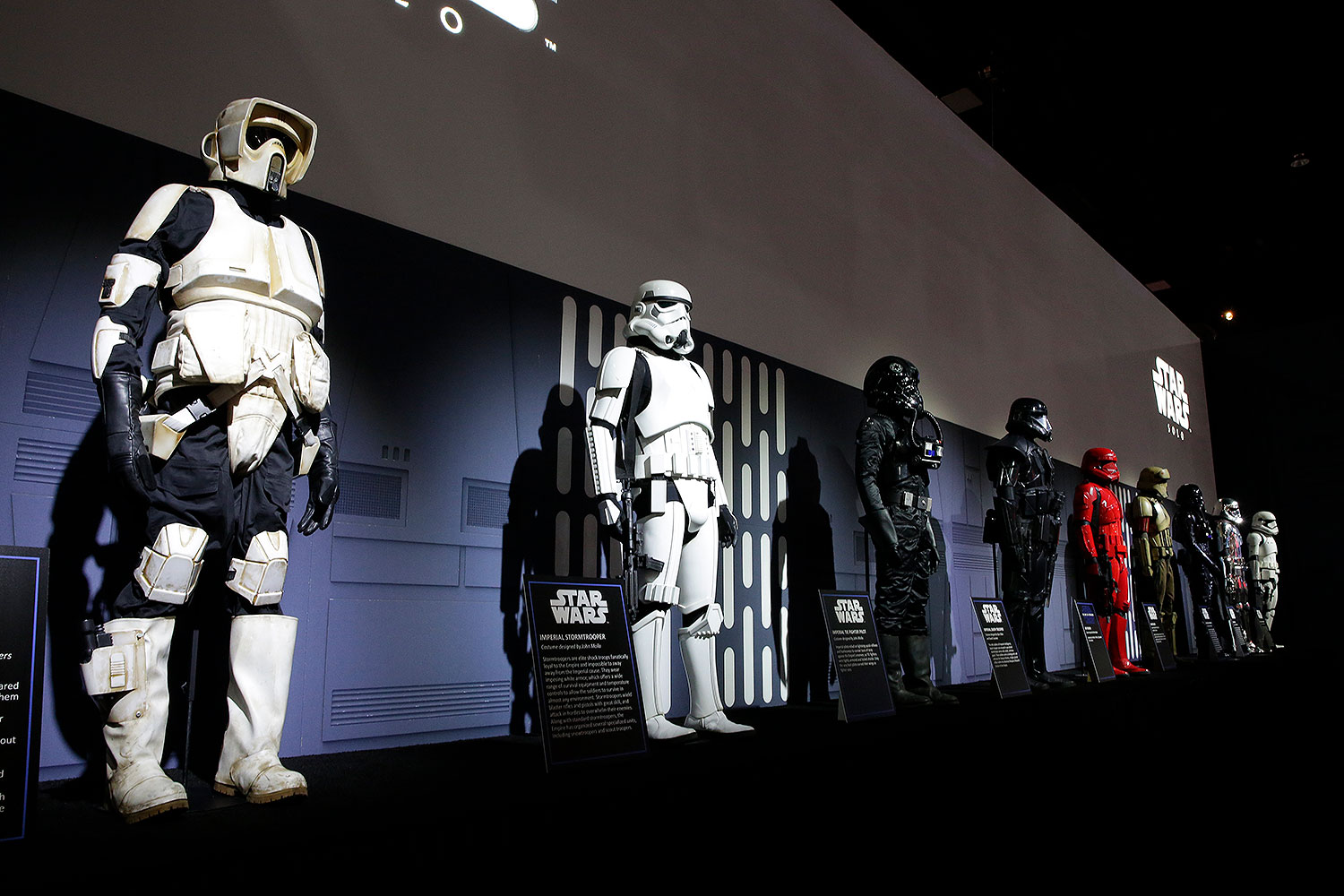 It’s been a whirlwind month so while we’re really behind, we still wanted to share about the Lucasfilm Pavilion display at this year’s San Diego Comic-Con. All costumes seen on the exhibition floor have been screen-worn, but of course the real highlight was seeing the new Sith Trooper costume from the upcoming film, ‘The Rise of Skywalker’.

Here’s a look at all the troopers…

Scout Trooper
Return of the Jedi

Scout troopers were lightly armored compared with other stormtroopers, which allowed them to move quickly and easily in a range of environments. They were also trained for more independence and adaptability than most Imperial troopers. The Empire used scout troopers for a range of missions, including reconnaissance and infiltration. On Endor, scout troopers riding speeder bikes patrolled the forests, guarding against threats to the shield generator protecting the second Death Star during its construction in orbit above the moon.

Stormtroopers are elite shock troops fanatically loyal to the Empire and impossible to sway away from the Imperial cause. They wear imposing white armor, which offers a wide range of survival equipment and temperature controls to allow the soldiers to survive in almost any environment. Stormtroopers wield blaster rifles and pistols with great skill, and attack in hordes to overwhelm their enemies. Along with standard stormtroopers, the Empire has organized several specialized units, including snow troopers and scout troopers.

Imperial pilots relied on lightning-quick reflexes and fearlessness to survive tours of duty against the Empire’s enemies, as TIE Fighters were lightly armored and lacked shields. Only the very best pilots earned their wings as fighter aces.

The elite soldiers of Imperial Intelligence, death troopers are encased in specialized stormtrooper armor with a dark, ominous gleam. These soldiers serve as bodyguards and enforcers for Director Krennic, a highly placed officer within the Advanced Weapons Research division of the Empire.

Sith Trooper
The Rise of Skywalker

Appearing in Star Wars: The Rise of Skywalker this December.

Specialist stormtroopers stationed at the top secret Imperial military headquarters on Scarif, shore troopers patrol the beaches and bunkers of the planetary facility.

Imperial pilots were treated as expendable, sent into combat in unshielded TIEs, but the First Order treats its fighter pilots as important parts of its war machine. Potential First Order pilots are identified as children and given rigorous training, often within the corridors of warships, then tested ruthlessly throughout their careers to ensure their reflexes, visual acuity and coordination measure up. Elite Special Forces fighter pilots bear red flashes on their helmets, and report to the upper ranks of the First Order hierarchy.

The First Order’s infantry units wear stark white armor derived from that worn by the Republic’s clone troopers and the empire’s stormtroopers. Members of this new generation of stormtroopers are trained from birth, growing up with unit designations instead of names and fed a steady diet of First Order propaganda to ensure absolute loyalty. Where the Empire opted for numbing routine, the First Order’s training simulations and live-fire drills encourage improvisation on the battlefield, making these stormtroopers more dangerous than their Imperial predecessors.