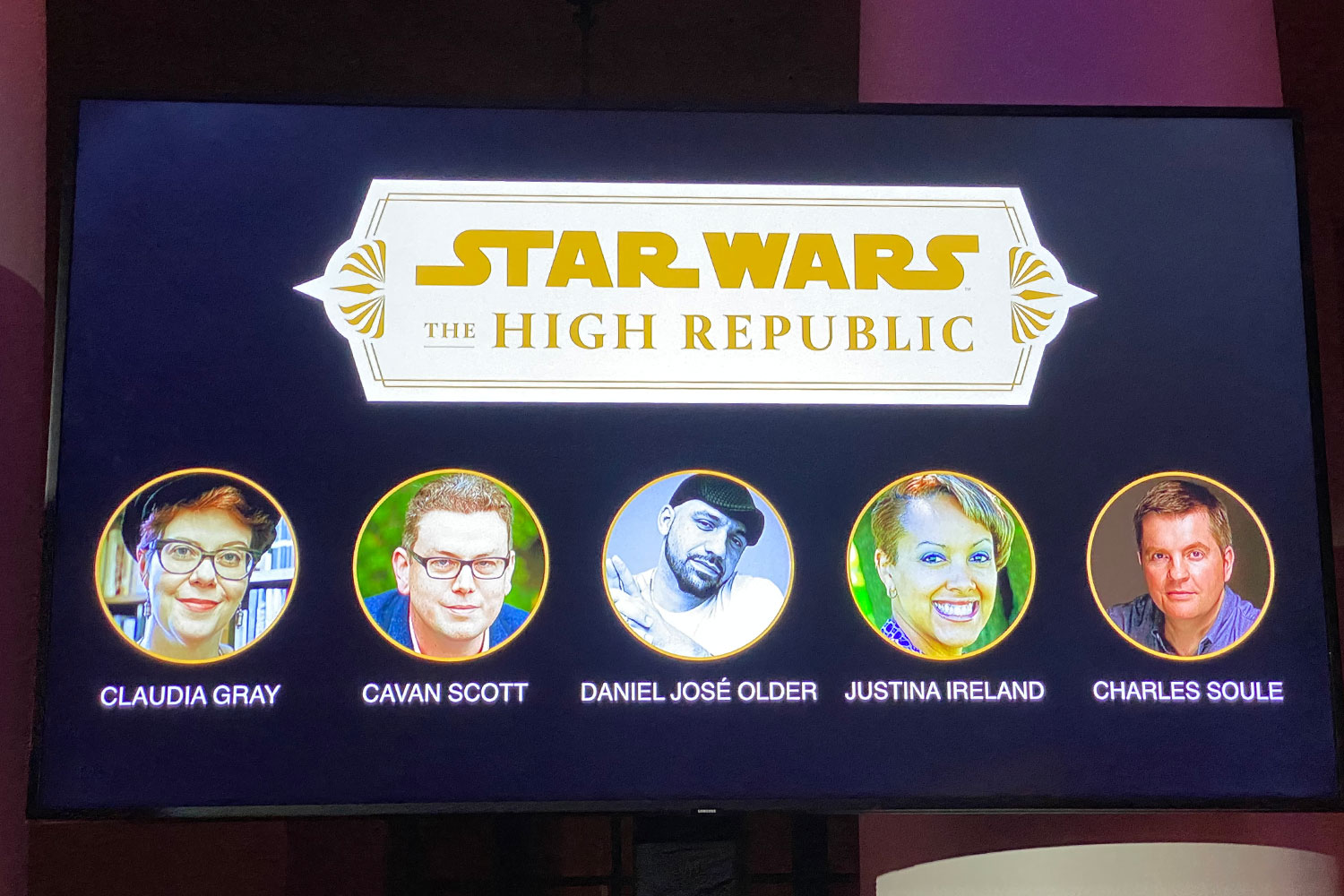 While Star Wars: Project Luminous has been teased as a multimedia collaboration in the past few months, it was with last night’s announcement that finally revealed what Disney and Lucasfilm had in store for Star Wars fans: Star Wars: The High Republic; a new series of stories set hundreds of years before the Skywalker Saga that we all know so well. Read on to see conceptual art and the titles coming in the first Phase of Star Wars: The High Republic!

The Star Wars story team were tasked with coming up with something new during several brainstorming retreats at Skywalker Ranch and five authors have been revealed as part of Phase 1. Claudia Gray, Cavan Scott, Daniel Jose Older, Justina Ireland, and Charles Soule. Togther, they’ll create interconnected stories that can be read separately or together to get the full canvas.

Star Wars: The High Republic is set in an era when the Galactic Republic and the Jedi Order are at their height, serving and protecting the galaxy. This is a hopeful, optimistic time, when the Republic and the Jedi are noble and respected. This multi-year publishing program will be rolled out in phases, with Phase I being called “Light of the Jedi.” This period on theStar Wars timeline will not overlap any of the films or series currently planned for production, giving creators and partners space to tell Star Wars stories in a never-before-explored timeline.

The following titles were announced at the press event on Monday Night:

·      Star Wars: The High Republic: Into the Dark by Claudia Gray

·      Star Wars: The High Republic: A Test of Courage by Justina Ireland

·      Star Wars: The High Republic: Light of the Jedi by Charles Soule

According to the team, the stories stemmed from a basic question: “What scares the Jedi?” We’ll need to read the stories come August to find out! Take a look at the conceptual art from the upcoming stories, created as if it was an actual Star Wars live-action production below. You’ll see some of the characters and places you might encounter, and an introduction to The Nihil (pronounced Nile), a new type of adversary:

Check out the announcement trailer below to get even more behind-the-scenes look at Star Wars: The High Republic!

“Star Wars: The High Republic will allow creators to imagine entirely original stories in a new corner of the galaxy. Our incredible team of authors worked together alongside the Lucasfilm Story Group and Publishing teams to help craft a completely new era for the franchise that begins with Publishing,” says Lucasfilm Press Creative Director Michael Siglain.