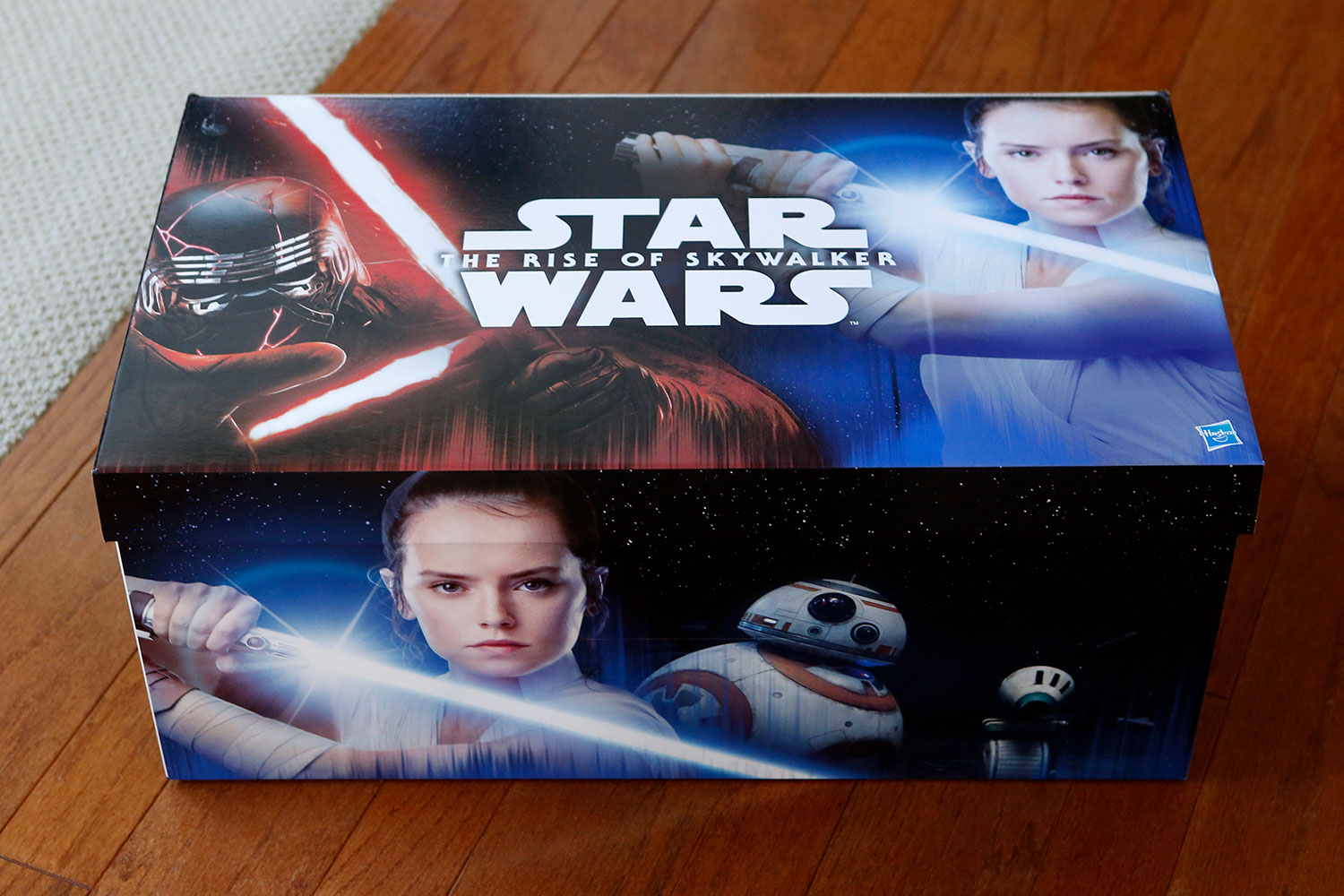 Everyone is getting back into the excitement of Star Wars with the upcoming release of The Rise of Skywalker, and to hit that point home, Hasbro sent out a Special Hasbro Package, free to members of the media. Come check out what’s inside!

It was a much larger media package than we’re used to, but what impressed us the most was the container, which was a treasure chest of sorts, filled to the brim with some of Hasbro’s latest toys for The Rise of Skywalker. While we’ve seen some boxes have the fancier D-O toy included, we’re happy with what we got.

Opening the flap was probably the closest thing to being a kid at Christmas, as there’s fewer and fewer surprises these days, this certainly filled that void. Of course even better was finding some figures that have eluded me on Triple Force Friday!

Fans can also look out for other Star Wars roleplay items, including Lightsabers and masks inspired by characters from movies like Star Wars: The Force Awakens, Star Wars: The Last Jedi, and the upcoming Star Wars: The Rise of Skywalker. Each sold separately. Subject to availability.

Fans can also look out for other Star Wars roleplay items, including Lightsabers and masks inspired by characters from the Star Wars movies. Each sold separately. Subject to availability.

Cobbled from odds and ends in the workshop of a droidsmith, little D-O is an impressionable little roller that becomes fixated upon BB-8.

This remote-controlled D-O toy rolls forward and backward, performs fun 360-degree spins, and makes expressive droid sounds as kids ages 5 and up lead D-O into imaginary adventure! Control the galactic action with the remote control and watch as D-O’s head bobbles in any direction — back, front, and side-to-side! With the interactive remote-controlled D-O droid toy, boys and girls can imagine joining in on the action and adventure of the Star Wars saga!

And there you have it! The Scream Saber is a lot more fun than we had thought otherwise, and the figures have always been Hasbro’s forte and don’t disappoint here.

Thanks again to Hasbro for the special look at The Rise of Skywalker product!

David Yeh
A long time fan of both Disney and Star Wars, he has a hard time resisting the temptations of Disney’s merchandising force. If you see pictures of the toys and pins, you can bet they are from Dave, our resident collecting guru.
Read more from David Yeh
Tags: Star Wars, the rise of skywalker, Hasbro
Loading Comments...