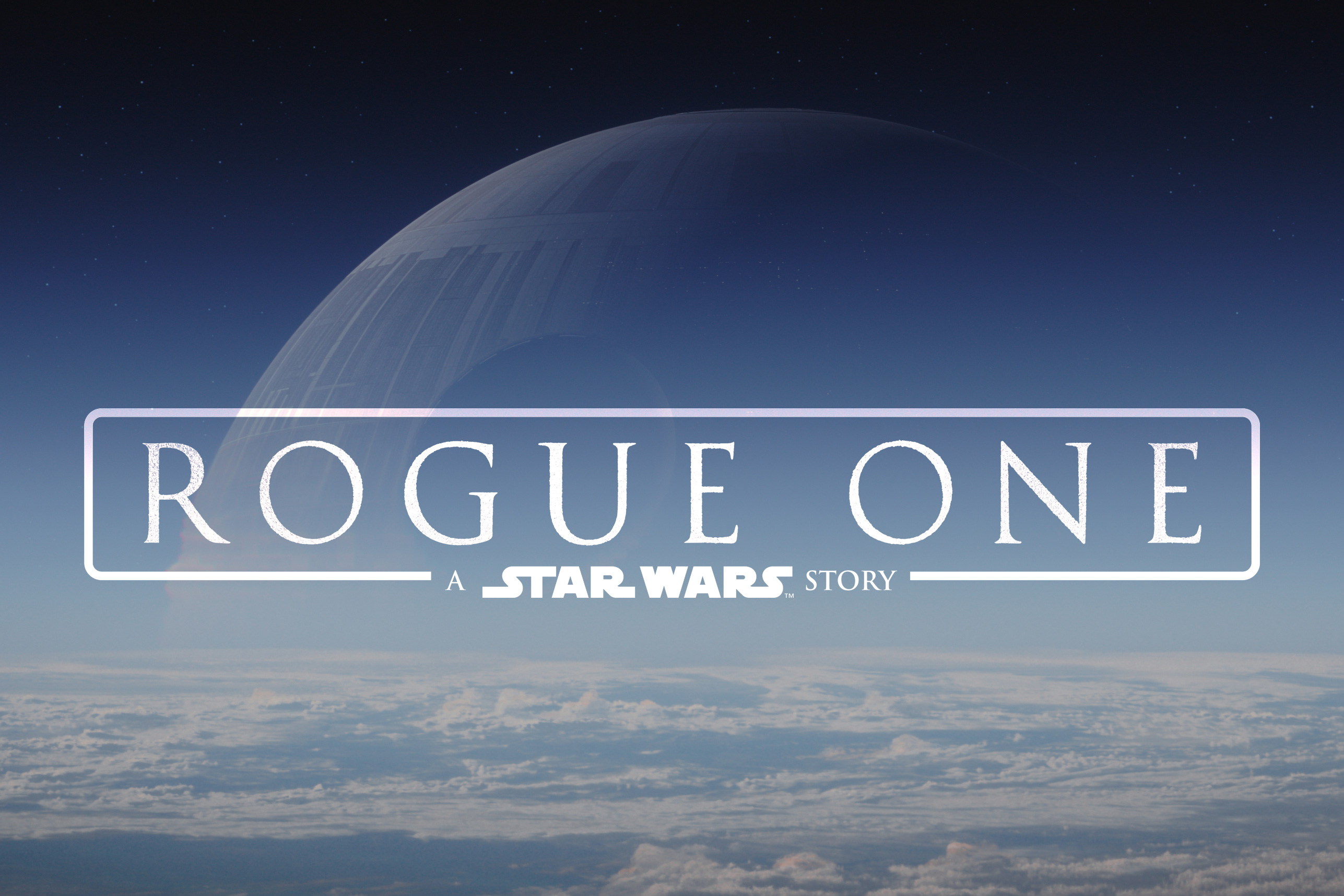 It’s been a year since The Force Awakens graced cinemas worldwide, and now there already is a new adventure to get ones Star Wars fix; Rogue One. Our staff has been talking about the movie for a week now, and now it’s time to bundle all those thoughts into our massive Rogue One review. We will not discuss more than has been revealed in trailers, so read freely!

Kris: Just like we knew that little Anni someday would be a ruthless Sith Lord, we know how this movie will end. However, the way it’s told and the story that is there however isn’t just a cash-grab. Uber-creative John Knoll’s story really has a great match with Gareth Edwards directorial skills. In fact, the entire creative crew is bringing their A-game, like Zero Dark Thirty cinematographer Greig Fraser. Using classic 70’s lenses on new digital cameras, you really do get the look of these classics that we know and love.

Dave: No one expected it to be perfect, nor did anyone expect it to be a repeat of the Prequel Trilogy. Thankfully for its fans, Rogue One: A Star Wars Story rises to the challenge and delivers new characters with a lot of great Star Wars moments. It’s actually amazing that it’s as great as it is because its possibilty of failure was… well it wasn’t “97.6% chance of failure” high, but with report after report about reshoots, expectations were expectedly lowered. It’s probably a good thing to go into Rogue One with tempered expectations because despite all the good that is Rogue One, it does have a few things working against it. Kudos though to Disney and Lucasfilm for taking the risk of a much darker Star Wars.

For the casual moviegoer, Rogue One MAY be less fun and more of a chore to watch as the film isn’t as stand alone as you’d first expect. This sequel / prequel / inbetweenquel takes most of its cue from Episode IV, but you do need a general understanding of some of the events characters of Episode II, III, (and VI) to fully realize what has brought us to the events of Rogue One. While I thoroughly enjoyed just about everything from a Star Wars fan perspective, from a film perspective the characters and narrative doesn’t really come together until the last half of the movie. That last half though, is really something.

Dave: We’re introduced early on to Jyn Erso (Felicity Jones) who was orphaned by the Empire and recruited by the Rebellion to track down her father, Galen Erso (Mads Mikkelsen), who may be in the know of the Empire’s super weapon, the Death Star. Along the way, Captain Cassian Andor (Diego Luna) and his reprogrammed Imperial Droid, K2-SO (Alan Tudyk) accompany her on her mission and it isn’t long before an entire team has joined for no other reason than to survive. Chirrut Imwe (Donnie Yen) and Baze Malbus (Jiang Wen) are Guardians of the Whils on the planet Jedha with nothing left to protect and get caught up with Jyn while saving her from Stormtroopers. Bodhi Rook (Riz Ahmed) is a defected Imperial Cargo Pilot, determined to alert the Rebels of the new ultimate weapon. It isn’t long before our band of rebels attempt a heist on an Imperial outpost of Scarif, with Director Orson Krennic (Ben Mendelssohn) hot on their heals.

Kris: The ensemble cast is great at performing a bunch of, dare we say, rebels and misfits. It’s not an easy job to play in a huge established sandbox, and bring in a big cast of new faces that each have their own story, goals and hopes that needs to be resolved, but still work in the big picture. Re-watching A New Hope after seeing Rogue One really add a lot of dept and gravitas to throwaway lines and references.

What maybe be the biggest treats in the movie is seeing old familiar faces in their full glory, including some familiar rebel callsigns. Bringing in all tricks in the book from full blown CGI to even what we assume is extra footage from A New Hope, it really ties these films together. You really get the the feeling that this is this exact moment before Darth Vader storms through the halls of Tantive IV. You’d almost expect the movie to end with a bit of floating yellow text in the sky above Tatooine. Without giving too much away, the last 10 minutes of the movie are so very intense you want to jump up, wave your lightsaber and scream and both be utter silent at the same time.

Brian: I thought the cast did a great job. Felicity Jones as Jyn Erso, Diego Luna as Cassian Andor, Donnie Yen as Chirrut Imwe and Alan Tudyk as K-2SO were standouts for me.
It was nice to see some familiar faces from both the Prequels and Original Trilogy throughout the film. Jimmy Smits returning as Bail Organa, Genevieve O’Reilly as Mon Mothma (She was cut from Revenge of the Sith), Anthony Daniels as C-3PO and the great, James Earl Jones as the voice of Darth Vader. I don’t want to ruin all the surprises but there were several cameos that made the audience cheer.

Kris: There was a lot of things that really tie into the used-universe that was so obvious in the Original Trilogy, and it really all perfectly fit into the ecstatic that we are used to. In fact, we finally go places that many have dreamt of seeing since concept art for The Empire Strikes Back in 1977. Even very old story concepts, going all the way back to 1973 seem to have found a place in this movie. And the places we do revisit look like they just switched on the lights on a set they forgot to tear down in 1976 in a studio north of London.

The score this time is from Star Tours-alumni Michael Giacchino, with some reprises from the original John Williams collection of Star Wars music.

Kris:  Instead of just rehashing the score of A New Hope, he creates a great new score, with many reference to earlier established themes. Sometimes big and bold but sometimes just two notes on an instrument is enough to give that a-ha moment. What I do find missing is the instant hummable themes from Williams. We can all hum the Main Titles, the Imperial March, even Leia’s theme. But can you hum The Imperial Suite? Well .. we might in the future though.

Dave: Most of it is successful but there were times where the score distracted. John Williams leaves considerably large shoes to fill and we’ll eventually need to get over the fact that he can’t score every Star Wars there is.

Brian: I remember after seeing The Force Awakens last year for the first time not being a fan of the score. When I saw the film a second time I liked the score a lot more, especially “Rey’s Theme.” I felt the same after seeing Rogue One the first time. I don’t recall a theme I really liked and (at times) was a bit distracted by the music. When I saw Rogue One a second time I wasn’t distracted. I felt the music worked and it sounded like a Star Wars film.

Dave: Directed by Gareth Edwards (Godzilla), himself a true Star Wars fan, Rogue One does a remarkable job giving fans what they want without being fan lip-service. While it is debatable just how much screen time should be given to certain characters who are too iconic to be recast, Rogue One delivers arguably some of the best Star Wars action since Return of the Jedi. Edwards’ decision to continue to world build the galaxy George Lucas created makes this stand alone worthy enough to be part of the main Saga. An Episode 3 Chapter 9, if you will. But the most brilliant thing about Rogue One is not only does it demand repeat viewings of itself, it demands repeat viewings of the rest of the Star Wars Saga, especially Episode IV. Where the prequels divided fans, Rogue One certainly is a great bridge between the prequels and the original trilogy.

Brian: Rogue One fits perfectly into the Star Wars films timeline. It’s a dark story/film. I’m not sure how the younger audience will like it. I think Vader is pretty scary in Rogue One.

Kris: This really is a dark movie, which really shows the Rebellion’s desperate fight against the ruthlessness of the full might of the Empire, which we really do experience. It’s a dog eat dog world out there, and it really is kill or be killed. Makes you wonder what academy the stormtroopers on the Death Star came from. All by all it’s a very well told story that was worth telling, and we can’t wait to see the future of these Star Wars Stories. It really is a war-story about different people coming together under one flag, united by a single thing: Hope. And isn’t that something we can all agree on in these dark times?

Dave: Rogue One cannot be missed.

Brian: I’ve seen Rogue One twice. I am looking forward to seeing it again!

Kris: Rebellions truly are built on hope. See this.