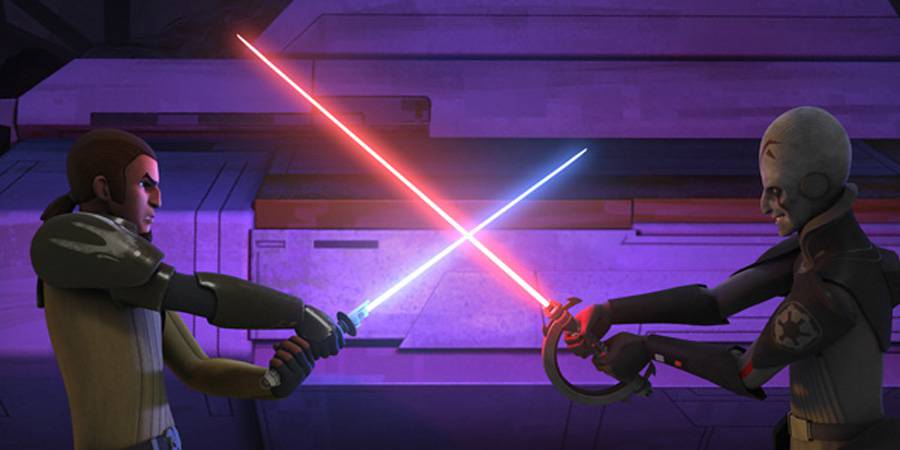 Tune in next Monday, November 24th to Disney XD for the exciting conclusion of the awesome two-part story arc. Please note Star Wars Rebels will be taking a break for the holidays and return on January 5th with new episodes.

In the second part of the two-part story arc, Ezra confronts the power of the dark side of the Force in “Gathering Forces,” an all new episode of Star Wars Rebels!

With the Inquisitor hot on the Ghost’s tail, Kanan and Ezra split off in the Phantom to draw him away from the Imperial deserter, Tseebo. Master and apprentice lure the Imperials to the abandoned asteroid base and its carnivorous creatures, only to be overwhelmed by the Inquisitor’s onslaught. When the Inquisitor appears unstoppable, Ezra comes precariously close to the dark side of the Force.

Brian Curran
A Star Wars Fan since 1977 when he was just 2. Brian grew up in California where his family would often make trips to Disneyland. In 1987 he took his first “Trip to Endor” and doesn’t pass on a chance to go back! He also enjoys going to Conventions and meeting the actors from the Star Wars films.
Read more from Brian Curran
Tags: Ezra, Inquisitor, Kanan
Loading Comments...