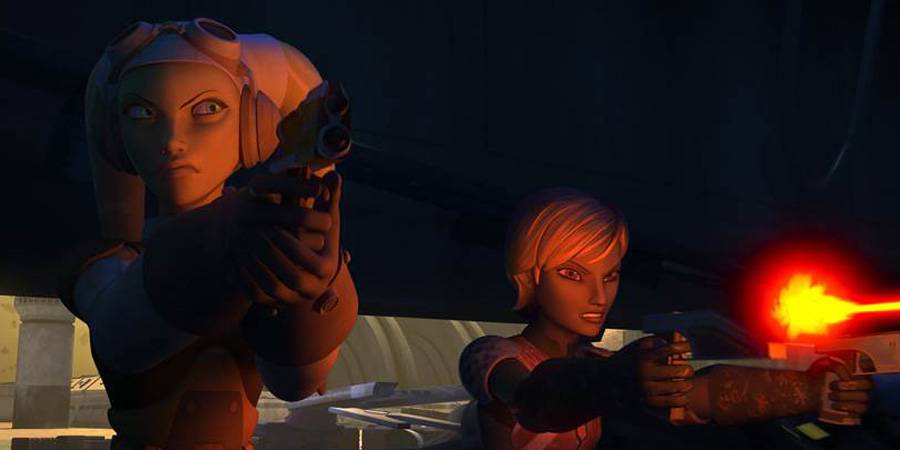 Hera and Sabine get stranded on a deadly asteroid in “Out of Darkness”
Monday, November 10th on Disney XD!

Continue on for a preview of the next episode of Star Wars Rebels!

Summoned by a mysterious contact, Hera and Sabine travel to an abandoned asteroid base for resupply. When they become stranded on the asteroid because of a damaged fuel line, the two must fend off ravenous creatures that strike in darkness while the Ghost crew scrambles to extract them.

Hera and Sabine unite against a deadly threat and discover that trust in each other is their only hope! Star Wars Rebels airs at 9:00 p.m. ET/PT Monday, November 11th on Disney XD.

Brian Curran
A Star Wars Fan since 1977 when he was just 2. Brian grew up in California where his family would often make trips to Disneyland. In 1987 he took his first “Trip to Endor” and doesn’t pass on a chance to go back! He also enjoys going to Conventions and meeting the actors from the Star Wars films.
Read more from Brian Curran
Tags: Hera, Sabine, Disney XD
Loading Comments...