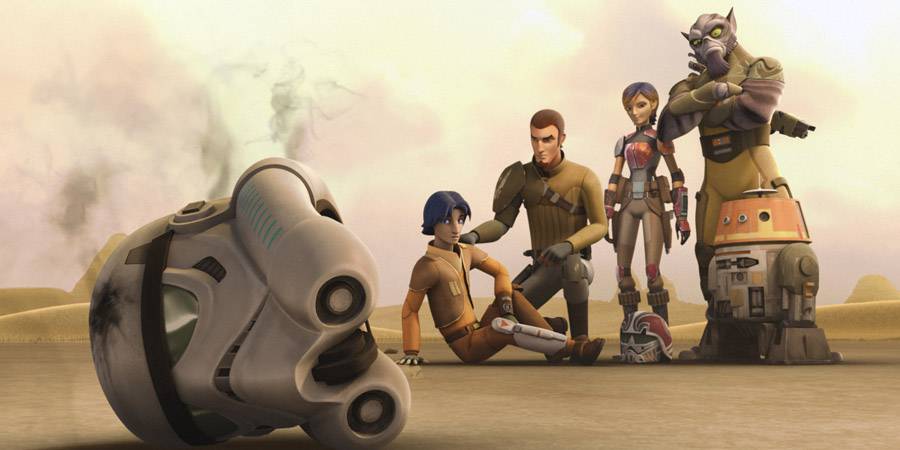 Kick off February with a exciting new episode of Star Wars Rebels!

When the rebels attempt to rescue the man who has been their voice of hope, they find an unexpected surprise awaits them in an all-new Star Wars Rebels episode, “Vision of Hope!”

Ezra meets his hero and gets an unexpected surprise when Star Wars Rebels airs at 9:00 p.m. ET/PT Monday, February 2nd on Disney XD.

In a coded transmission, Gall Trayvis announces a visit to Lothal to rally support against the Empire. But when the rebels realize he will be targeted by Imperials and attempt to rescue him, they discover a terrible truth.

Brian Curran
A Star Wars Fan since 1977 when he was just 2. Brian grew up in California where his family would often make trips to Disneyland. In 1987 he took his first “Trip to Endor” and doesn’t pass on a chance to go back! He also enjoys going to Conventions and meeting the actors from the Star Wars films.
Read more from Brian Curran
Tags: Disney XD
Loading Comments...