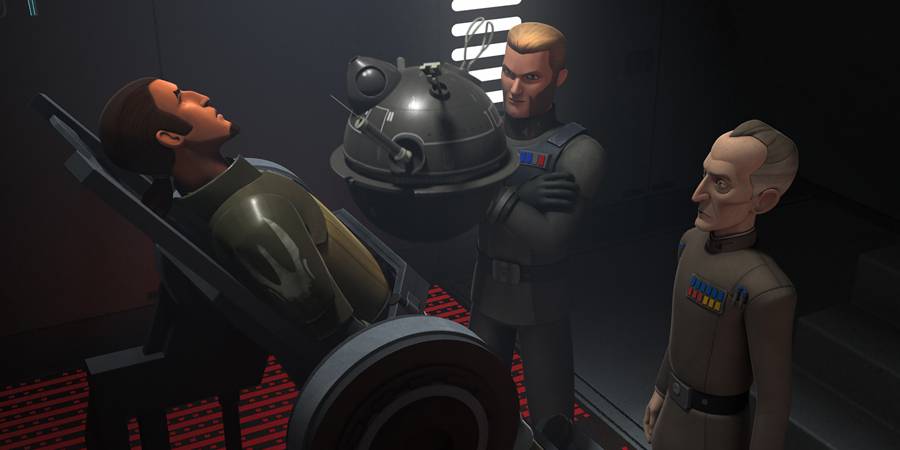 Wow! It’s already time for the season finale of Star Wars Rebels? We are excited to watch the finale, but also bummed that the season is coming to a end.

“Despite a secret informant who insists the Rebels go into hiding, Ezra secretly plots to rescue Kanan from the Imperials in an all-new Star Wars Rebels episode “Rebel Resolve”!”

With Kanan being held by Grand Moff Tarkin and the Inquisitor, Ezra resolves to rescue his Jedi teacher in direct defiance of Hera’s orders. Using Chopper disguised as an Imperial courier droid, the Rebels infiltrate the Imperial communications network to find out where Kanan is being held – and the infernal planet he’s being taken to.

Brian Curran
A Star Wars Fan since 1977 when he was just 2. Brian grew up in California where his family would often make trips to Disneyland. In 1987 he took his first “Trip to Endor” and doesn’t pass on a chance to go back! He also enjoys going to Conventions and meeting the actors from the Star Wars films.
Read more from Brian Curran
Tags: Grand Moff Tarkin
Loading Comments...